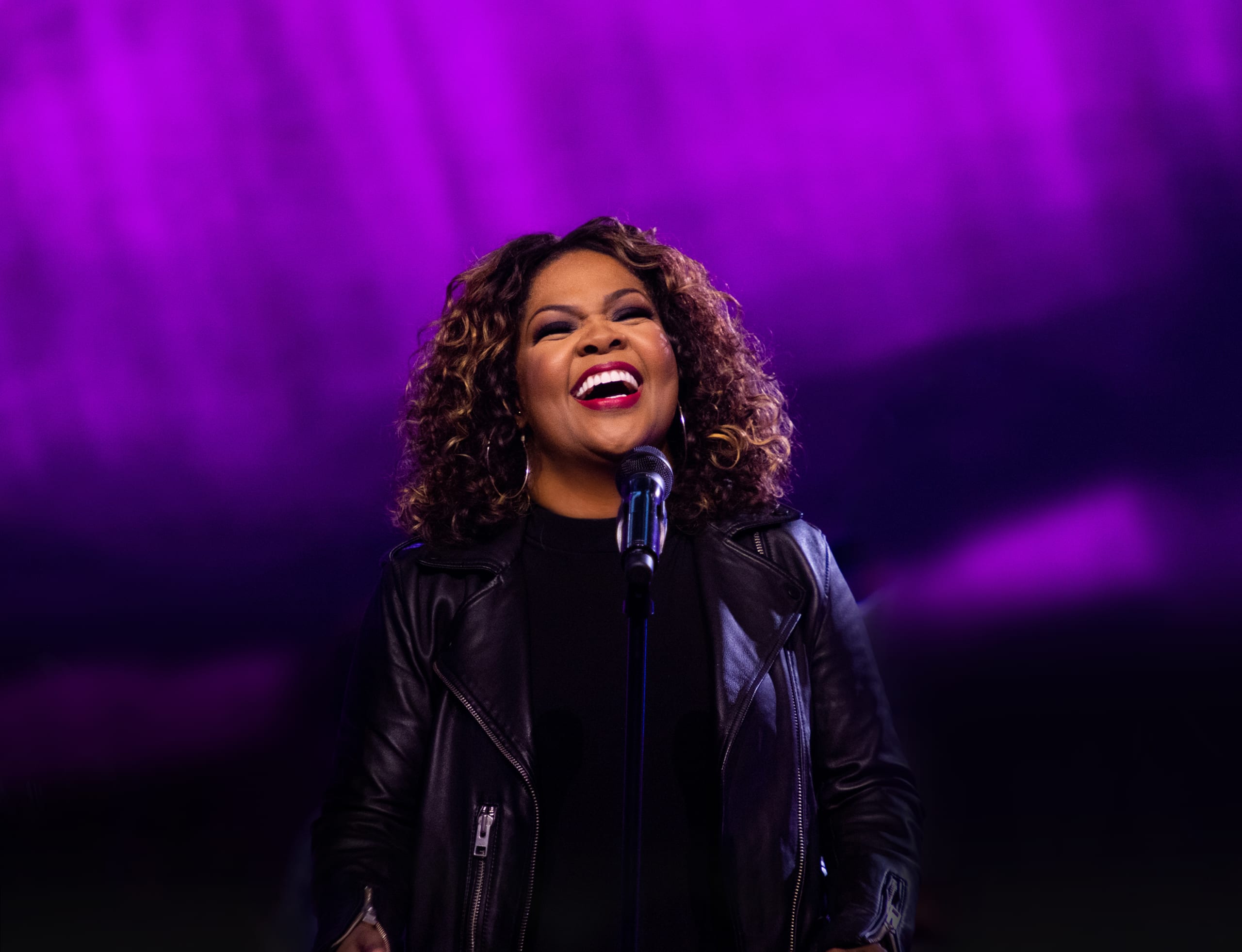 The project, recorded live in Nashville, is Winans’ first non-holiday album since 2017. Believe For It offers 12 engaging tracks from the most-awarded female gospel artist of all time, including some of the biggest songs in Christian music today such as, “King of Glory,” “Hunger,” and “Worthy of It All.” It also features two new songs, “No Greater” and the title track.

Winans recently spoke with MusicRow about making her live album with the complications of a pandemic, leading her non-denominational Nashville Life Church with her husband during this difficult time, and working with Carrie Underwood of her upcoming gospel project.

MusicRow: This is your first ever live album. How do you record a live album during a global pandemic?

Oh man. We were scheduled to do it before the pandemic, I think it was supposed to be last May. Then, of course the pandemic happened in March and everything changed in everybody’s life. So towards the end of the year, we were like, ‘Okay, let’s do it.’ I’m like, ‘Wow, I never thought my live record would happen with no people.’ But it was at the time when you could have a few people there, socially distanced, so we did that. Between the live band singers and the few people we could have, we had a good time. My prayer was just Lord, help me to capture the spirit of joy and peace, everything that we all need right now. Let us do that. When I heard it back, I was just grateful because I felt like God did that for us.

What inspired you to do a live album to begin with?

When I tour live, every night is different. The audience pulls different things out of you. My prayer is that God will fill my mouth and the night will flow and bless those people who are there. Very seldom does one night look like the next—really never. 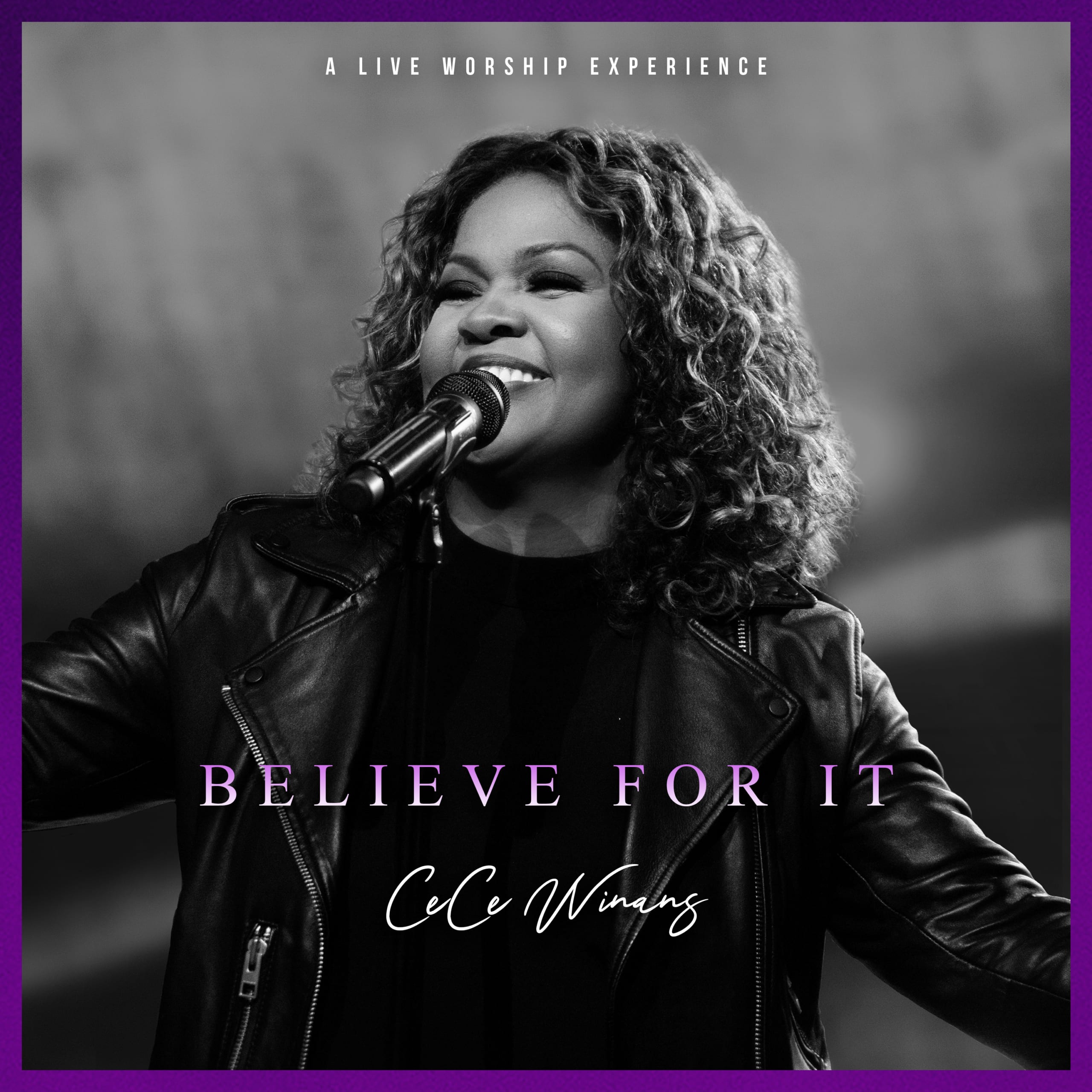 Kyle Lee produced the album, which marks your first time working with him.

What an awesome guy; an awesome producer, but an incredible heart. He’s worked a lot with Leeland and done a lot of worship live records. I had a great time with him.

Kyle had a co-producer, Dwan Hill. Dwan has been my musical director for a couple of years now. Kyle welcomed him to co-produce with him, because my thing was I wanted to capture what I do [live], the way I do it. In picking the songs and the arrangements, making sure that it was done in a way that everybody can embrace. In music you have different genres, you have different styles, some lean to a certain group of people more than others, and it was important to me that it was a CD produced in a way that every church could embrace.

Speaking of church, tell me about leading your Nashville Life Church through a pandemic.

Wow. It’s been a challenge. You miss people. People have dealt with isolation. We have been back at church, we were out only for a few months. When the pandemic happened, we had never been online. We weren’t streaming online or anything [before then]. So when the pandemic happened, all of a sudden our creative team…it was just amazing how they responded. So out of the pandemic, we now have an incredible online service and incredible creative team. But it’s been rough. It’s been rough because first of all, I’m a church girl. I love being in church. I love seeing my brothers and sisters every Sunday and throughout the week. That’s probably the roughest part for me, but I’m blessed with family. I’m blessed with a husband. I’m blessed with my children. I had my first grand-baby, so it’s not like I’m somewhere lonely. You have a lot of singles and a lot of people whose families are not here, a lot of people who don’t have family and that’s where my heart really breaks. So we are trying to make sure they feel connected by creating things online and having Zoom life groups. All of that has been crucial.

It’s really taught us how to minister in a different way. I choose to look at the goodness that came out of it. It stretched us, but it made us care more.

Why was Believe For It the right title for this album?

First of all, ‘Believe For It’ is the last song that we [chose for the album]. We had chose the songs that we were going to do. and most of the songs are cover songs as, again, we wanted people to sing along. We wanted songs that people already love and know, and we also knew we would do a couple of new ones. But we were really done. If I would have recorded this last year, the time I was supposed to record it, ‘Believe For It’ wouldn’t have been on there. [When we were done with the album,] we listened to it and we were like, ‘This is a good record.’ We really felt great and we were happy with it, but it seemed like we needed one more thing, something that was more of an anthem. So they started writing and sending me different ideas.

When I heard ‘Believe For It’ I was like, ‘That’s it.’ Because this is what the church needs to hear, this is what everybody needs to hear. People who are hurting, people who are looking around and realizing that the family that they entered 2020 with no longer exists, people that have to rebuild their lives, people who are fighting right now for their lives, the sick, they need to believe again. We have to encourage them to have faith in God. This song does that. This song is a powerful song. It’s a decision that people have to make that no matter what they’ve gone through, no matter what they’re feeling like right now, they have to believe because that is what God responds to. He responds to our faith. If I can encourage people to believe, then the Bible says that whatever you pray for, if you believe, it will be yours.

You collaborated with Carrie Underwood on her upcoming gospel project, My Savior.

I had a great time. I met her years ago when she first won on American Idol. I knew she was talented, but right after that, we sang at the White House together so I got a chance to meet her up close and personal. I got a chance to hear her sing and I was like, ‘Oh, she can really sing!’ I’ve loved seeing her career blossom the way it has since then.

I don’t know how I heard it or if somebody sent it to me, but I heard her sing ‘How Great Thou Art.’ There’s no words to express, it was one of the greatest renditions I have ever heard. So I was getting ready to do my Compassion Live concert, and they were asking me what guests I wanted. I told my management I would love to ask Carrie. It was right before Christmas, and they reached out to Carrie’s management and management was like, ‘Oh my God, Carrie is trying to find her because she’s doing a hymns record as she wants CeCe to do a duet with her on ‘Great Is Thy Faithfulness.’ But the thing is, we’re almost done and can she do it this week?’ I was in town, and of course I know ‘Great Is Thy Faithfulness,’ so I was like, ‘Sure, I’ll do it.’

We had fun. I looked at her and I said, ‘Hey, are you ready for what God will do with this project?’ She looked at me and said, ‘Yeah, I think so.’ Because these songs are powerful, anointed songs and her voice is spectacular. She’s introducing old, powerful songs to a new generation and to a new audience. I think that’s spectacular.