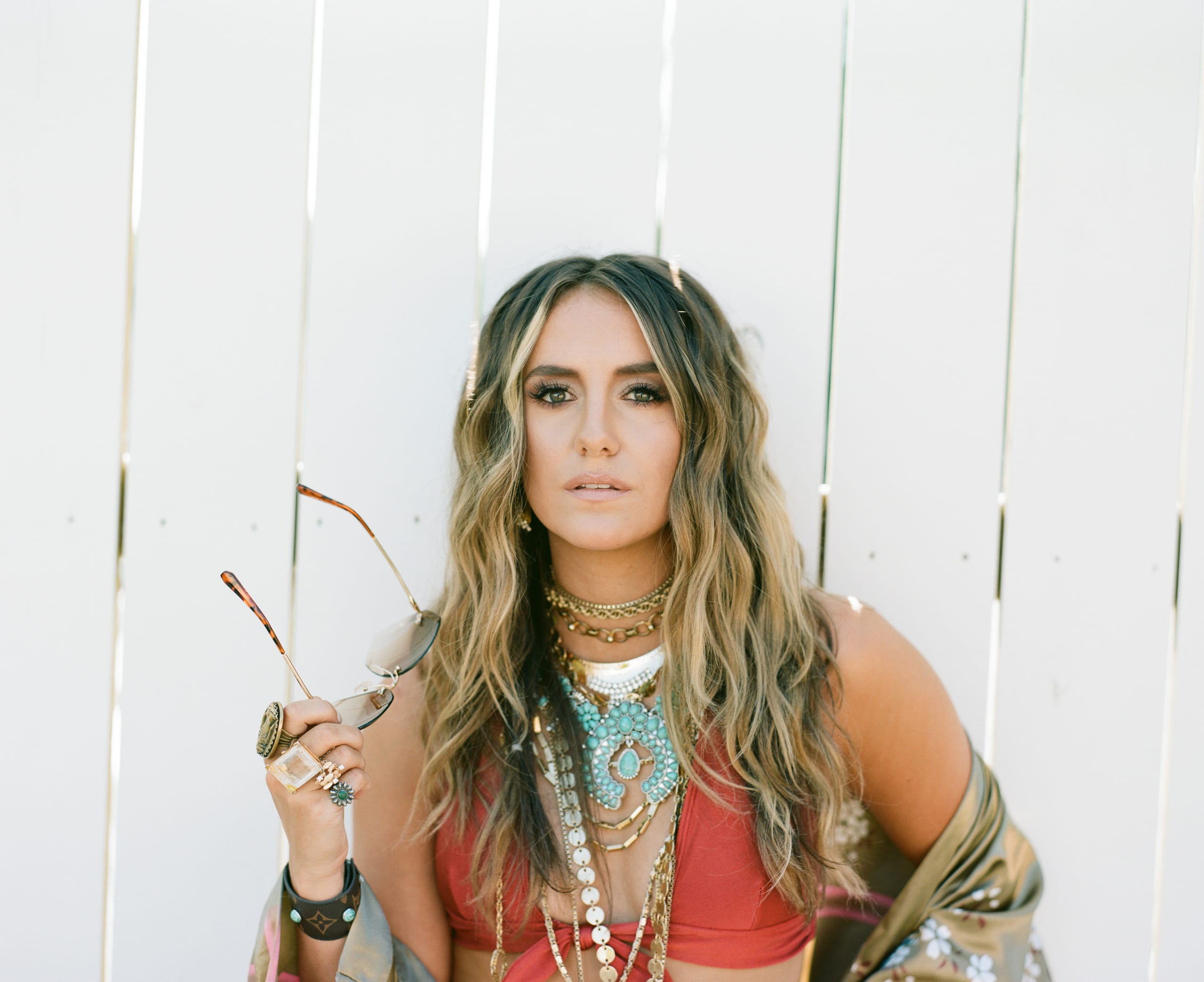 Lainey Wilson‘s many colors are on full-display on her recently released album, Sayin’ What I’m Thinkin’.

The album is decidedly country, with a fun ’70s flare here and a ’90s-esque hook there. Wilson grew up listening to a wide variety of musicians, from Lee Ann Womack and fellow Louisiana native Tim McGraw, to Bob Segar, to Patsy Cline, Buck Owens and Dolly Parton. The latter Wilson tributes in the song “WWDD”—or ‘what would Dolly do?’

Of all of her influences, the 23-year-old says that ’90s country “shaped her.”

“I love everything ’90s country. Growing up, country music was more than just a genre of music. I’m a sucker for a great story and I feel like during that time, incredible stories were being told,” Wilson tells MusicRow.

Wilson booked her “bucket-list producer” for her album, Jay Joyce (Eric Church, Miranda Lambert). “He brings something so fresh and unique to the table. I knew that, because my stuff is so country, I knew that he could put a little fairy dust on it and bring it to life in a way that has not been done. And that’s exactly what he did.”

Joyce highlights Wilson’s crystal clear twang on the charming groove of “LA,” through the sensual vibe of “Dirty Looks,” and along the ride of the Tanya Tucker-esque party anthem “Neon Diamonds.”

Wilson’s writing chops shine on tunes like the Jordan Schmidt and Matt Rogers co-write “Keeping Bars in Business,” where she paints the picture of bar patrons celebrating the highs and mourning the lows, all at the corner pub. She sings: “If you’re on cloud nine or you’ve been knocked down / There’s a neon light on the edge of town / So if the world just keeps on spinnin’ we’ll be keeping bars in business.”

“I grew up writing. I started writing songs when I was nine years old. Honestly, I was writing about tequila and cigarettes before I even knew what that meant, I just knew that’s what country music artists sang about,” Wilsons says. “It was one of those things that I could not escape. It just became a part of me.”

The Sony Music Publishing Nashville writer co-wrote every song on the 12-track album.

Wilson delivers heartache in her beautifully tender voice on “Rolling Stone.” On the sharply written tune, Wilson sings to the lover trying to tie her down: “Think you’re the one that’s gonna turn me around, give me a ring and settle me down,” and ends with the crushing blow, “You don’t give a rock to a rolling stone.”

“That song, I feel like it’s timeless,” Wilson says. “I’m from a town of 300 people and this song really tells my story. I moved up here knowing that I was going to have to let some things go and I was going to have to let the only thing I’ve ever known go—my town, 300 people. I knew I had to let some people go and that’s hard to do, but I’ve always been the kind of person that I know what I want and I wouldn’t let anything hold me back. I’ve just always had stars in my eyes.”

“Things A Man Oughta Know” launched Wilson to commercial appeal with its 42-plus million streams. The BBR Music Group/ Broken Bow Records artist was part of MusicRow‘s Next Big Thing Artists Class of 2021, and has been named to watch lists from Spotify, Pandora, CMT, and more.

“It’s not about whether you can change a flat tire and start a fire or turn a wrench,” Wilson continues. “This is a song about having character. That’s something that we all need to know. This is a song about treating people the way that you want to be treated. Especially here in times like today, we’ve got to figure that out.”

The album has some rowdy moments to compliment deeper songs like “Things A Man Oughta Know,” including a song full of drinking euphemisms, “Straight Up Sideways,” and a tune about the morning after reminiscent of Johnny Cash/Kris Kristofferson’s “Sunday Mornin’ Comin’ Down,” called “Sunday Best.”

A Luke Dick and John Pierce co-write, “Pipe,” points to Wilson’s sly, unbridled nature that she can’t wait to show live. “I just love that song. I like to call it my ‘redneck rule book,’ and I think the crowd is really going to love it. I think it’s going to be fun to play. Actually, if you listen real close to the last few seconds of it on the track, Jay Joyce has these two big, 150 pound Great Danes and he got his dog barking at the end of the song. It’s gonna be pretty fun.”

With its party songs, heartache tunes, and clever ditties, Sayin’ What I’m Thinkin’ is a 360-view of Lainey Wilson’s kaleidoscope.