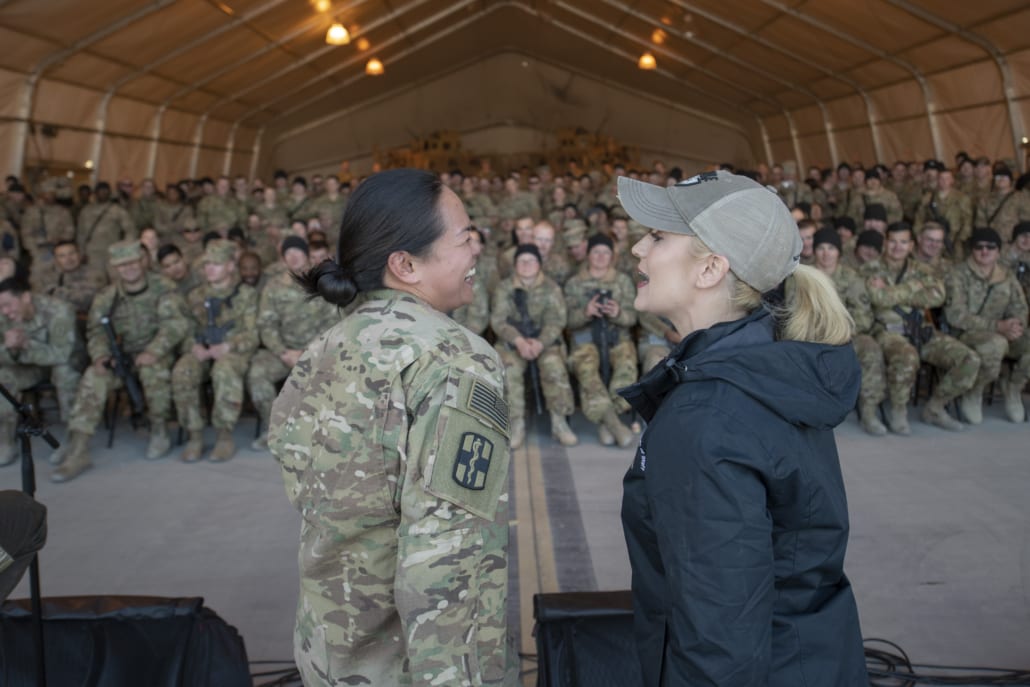 Kellie Pickler (right) on one of her twelve USO Tours. Photo: courtesy DOD and USO.

Kellie Pickler has been named a USO Global Ambassador in support of the organization’s 80th anniversary.

Pickler, alongside USO Global Ambassador actor Wilmer Valderrama, will support the organization’s Give More Than Thanks initiative, a campaign encouraging Americans to find actionable ways to express their gratitude for the service and sacrifice of our troops and their families. Throughout the year, Pickler and Valderrama will participate in events and engagements for service members, raise awareness of our military’s needs, and share ways Americans can help the USO give more than thanks.

“I am honored to join the USO as a Global Ambassador for their 80th anniversary of supporting America’s military and especially this campaign encouraging all Americans to give more than thanks,” shares Pickler. “The USO has allowed me so many opportunities to serve those who serve us, and this is another way I can help shine a light on something that matters…supporting our servicemen, servicewomen, their families and letting them know we don’t take what they do for granted.”