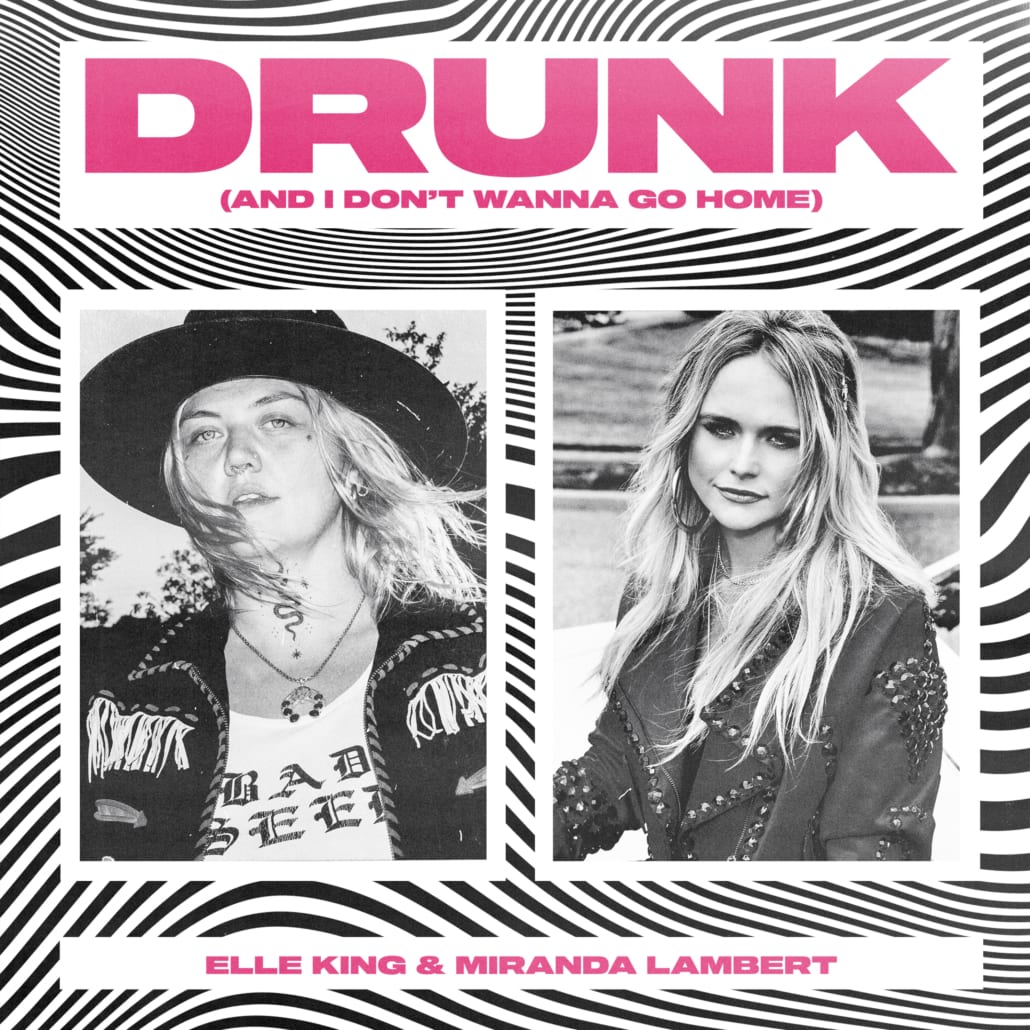 Elle King and Miranda Lambert have teamed up on a rollicking new collaboration, “Drunk (And I Don’t Wanna Go Home).”

The song marks the second time the two female powerhouse performers have joined forces to record together. Their first release, “Fooled Around and Fell in Love,” also featured Maren Morris, Ashley McBryde, Tenille Townes and Caylee Hammack, and won the 2020 ACM Award for Music Event of The Year. In 2019, King joined Lambert as special guest on her Roadside Bars & Pink Guitars tour.

The pair met up in Nashville in January to film an ’80’s-inspired wedding video to accompany “Drunk (And I Don’t Wanna Go Home),” starring King as the bride and Lambert as maid of honor, complete with a cameo from King’s real-life fiancé as the groom.

“The true story of this song sums up our wild friendship,” says King. “Miranda is someone I have looked up to as a songwriter, musician, performer, and human being for a long time. So our tumbleweed snowball story of getting to know each other is the ultimate real deal kinda thing. Nobody revs me up, kicks my ass on stage, or treats me more like family than Miranda Lambert. Our rowdy reputations proceed us, so who else could sing this song together besides us? Crawling out of such a crazy year, still full of so many unknowns, I ultimately couldn’t think of another person I’d rather come out singin’ and swingin’ with than the most badass chick I know. Miranda.”

Lambert adds: “I think this fun song was born from our becoming friends over the last couple of years. We are new friends but it really feels like we are old friends and I felt like that immediately when I met her at one of her shows. Since then, we’ve toured together and sang on stage together, hung out and partied together, recorded together, and so much more. This song just feels like the natural transition to the after party.”