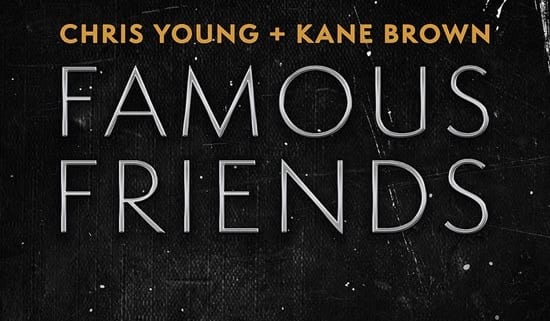 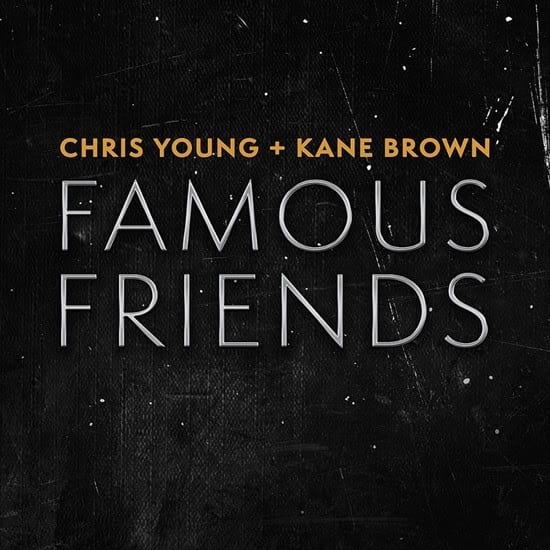 Written by Young with Cary Barlowe and Corey Crowder during a tour stop in Tampa in 2018, the autobiographical tune mentions the counties where Young and Brown grew up in Tennessee, as well as Nashville’s Davidson County.

A tribute to the names, faces, and legendary stories that make up each hometown, “Famous Friends” brings the two friends back together after collaborating on Brown’s 2017 song “Setting The Night On Fire.” The song reunites the former tour mates from Young’s 2018 Losing Sleep headlining outing and is a full-circle moment for Brown since his first live concert as a young country fan was a Brad Paisley and Chris Young tour stop.

Over the course of his career Young has released seven albums in 15 years including Losing Sleep, his third project in less than two years. The title track is certified Platinum while “Hangin’ On” is his ninth No. 1 as a songwriter. Losing Sleep (2017) and I’m Comin’ Over (2015) debuted at No. 1 on Billboard’s Top Country Albums Chart, and he was recently ranked in the Top 20 of Billboard’s top country artists of the decade.