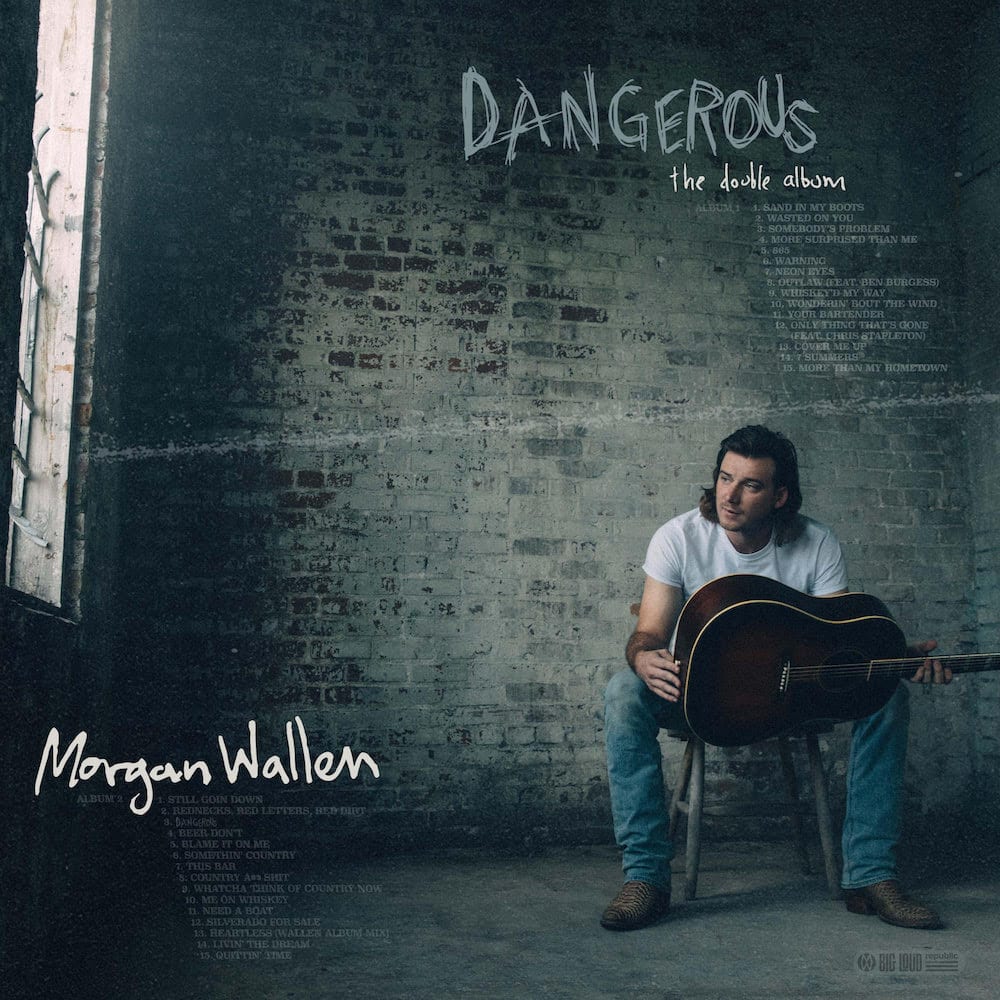 Dangerous set the record at Apple Music for the biggest first day and biggest first week country album of all-time on the platform. After becoming the most pre-added country album in Apple Music history, Dangerous currently sits atop their Overall Albums charts in the U.S., Canada and Australia, while simultaneously staking its claim as the No.1 Top Country Album in 62 countries worldwide.

Tonight (Jan. 12), Wallen will take the stage for his first-ever headline show at the Ryman Auditorium in Nashville for a full band, livestream concert. Wallen will play selections from the all-new double album, inviting fans worldwide to celebrate Dangerous on his Facebook and YouTube pages. He also launched a new series, “The Dangerous Sessions,” an acoustic video series featuring all new cuts, starting with “Sand In My Boots,” “Wasted On You,” and “Still Goin Down.”