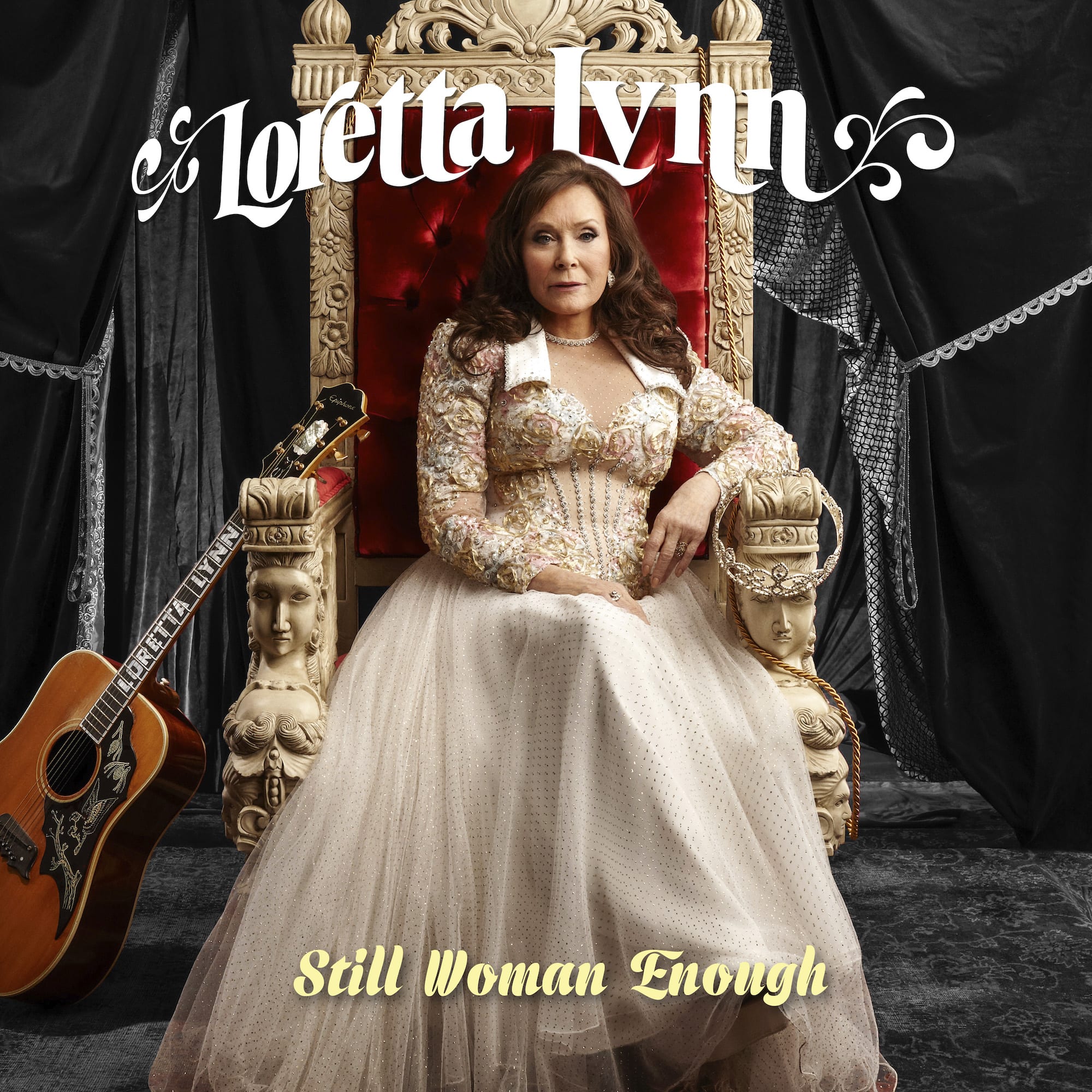 Loretta Lynn is releasing her 50th studio album, Still Woman Enough, a celebration of women in country music, on March 19.

The collection is centered around Loretta’s original compositions, from songs like “Still Woman Enough” (which shares its title and attitude with her 2002 autobiography, and was co-written with her daughter, Patsy Lynn Russell) through fresh interpretations of classics including “I’m a Honky Tonk Girl” (her first single, originally released March 1960), “You Ain’t Woman Enough” (the title track for her first No. 1 Billboard Hot Country Album in 1966), and an emotional “Coal Miner’s Daughter Recitation,” commemorating the 50th anniversary of the release of her signature song (October 5, 1970) and album (January 4, 1971).

In addition to her original compositions, Still Woman Enough includes Loretta’s take on American traditional music, with “I Don’t Feel at Home Any More,” Stephen Foster’s “Old Kentucky Home; gospel, with The Carter Family-popularized “Keep On The Sunny Side,” “Where No One Stands Alone,” “I’ll Be All Smiles Tonight,” and Hank Williams’ “I Saw the Light;” and contemporary songwriting with Shel Silverstein’s satirical view of motherhood, “One’s On The Way,” a hit for Loretta in 1971.

“I am just so thankful to have some of my friends join me on my new album. We girl singers gotta stick together,” said Lynn. “It’s amazing how much has happened in the fifty years since Coal Miner’s Daughter first came out and I’m extremely grateful to be given a part to play in the history of American music.”

Celebrating 50 years of Lynn’s landmark album, Coal Miner’s Daughter will be reissued on black vinyl by MCA Nashville/UMe on February 12.

Still Woman Enough is available for pre-order now in in digital, CD and 12″ vinyl LP formats.