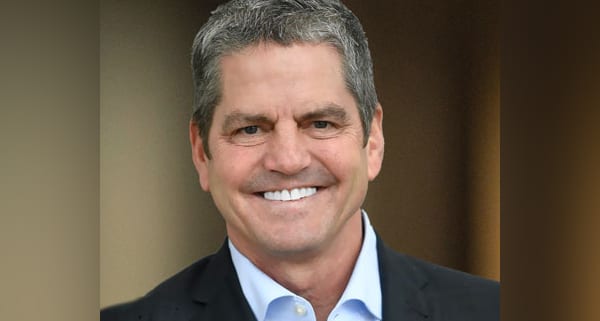 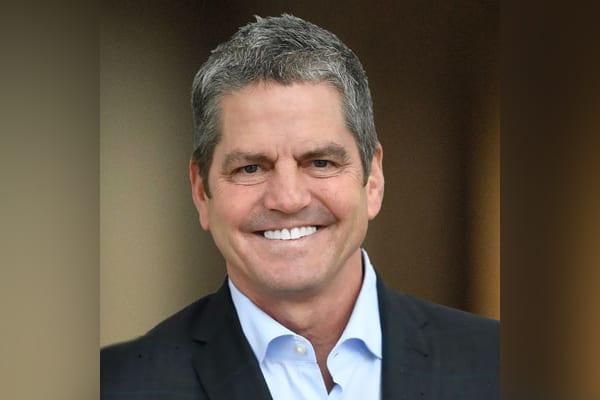 Businessman John Loar moved to Nashville to be closer to his daughter. Now he finds himself leading the charge to bring a Major League Baseball team and sports entertainment district to Music City.

His background is in real estate operations and acquisitions. In the late ’90s, Loar led the effort for the Seattle Seahawks acquisition and near-relocation to Los Angeles. He also supported former pitcher and Diamondbacks GM, Dave Stewart, on the acquisition of the Miami Marlins.

Loar founded Music City Baseball, LLC, an organization primarily of Tennessee business, sports, music, and community leaders that is committed to bringing a MLB franchise to the City of Nashville, without government funding. With a focus on securing MLB approval of an expansion franchise in Nashville, the leadership team is also open to the possibility of relocation and rebranding of an existing franchise.

Understanding the fabric of Music City and it’s business climate, Music City Baseball has already engaged with the music industry, securing Music Advisory Board Members to involve them in the plan for bringing MLB to Nashville and the concept of a new entertainment district. Entertainment icons Luke Combs, Kane Brown, Darius Rucker and Justin Timberlake have joined the Board thus far. 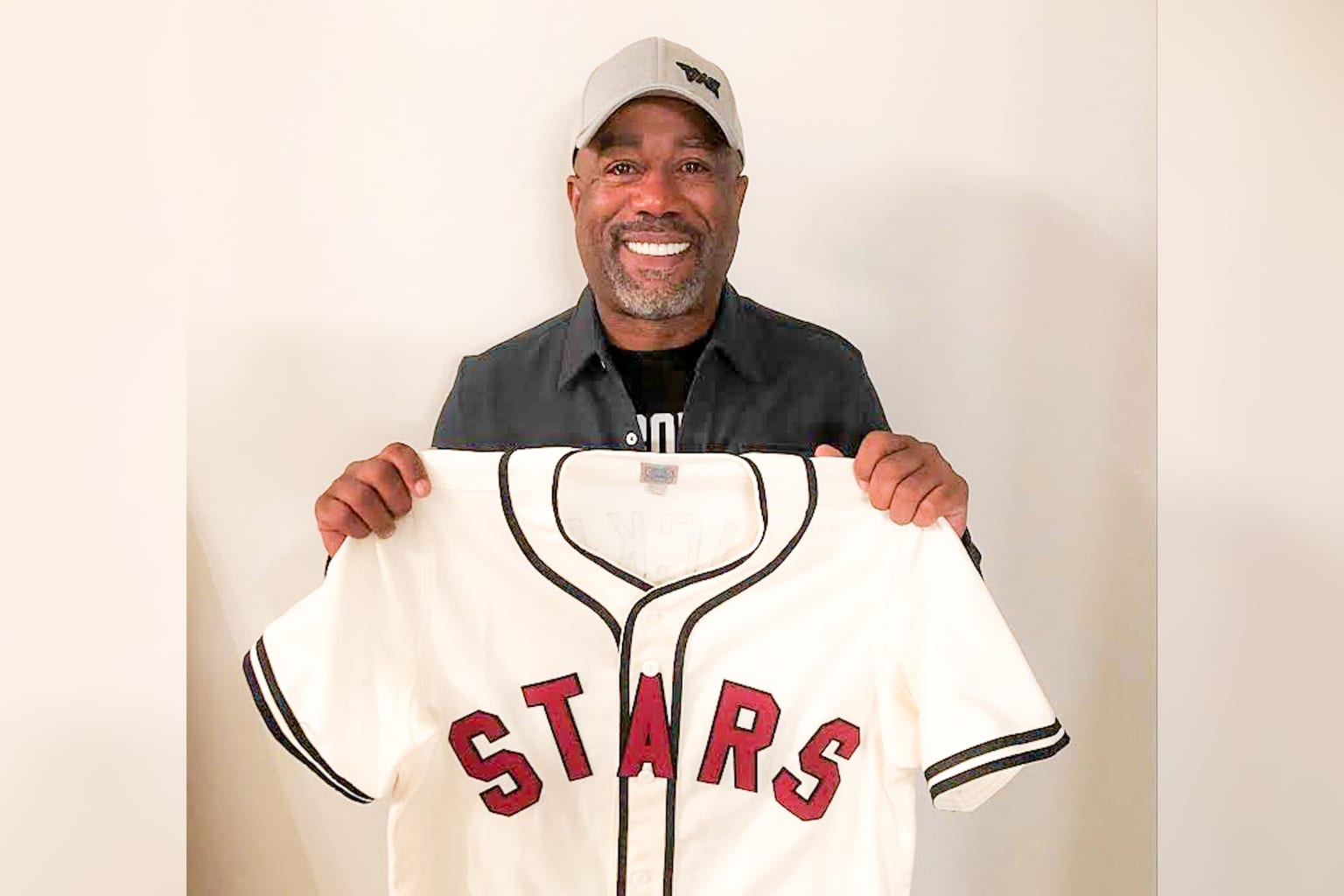 “The importance of the music industry to Music City Baseball’s objectives, extends to why Nashville is an important market,” Loar tells MusicRow. “It’s the opportunity to just connect the two of those going forward. Nashville is Music City, it’s the hottest market in the country. This ballpark is truly not a ballpark, it would be an entertainment venue for world-class entertainment, where you can imagine residencies like in Las Vegas. It would be air conditioned and covered, so they could use it year round. So it’s not about baseball, it’s more about that opportunity to create a world-class [entertainment complex], for convention use, for corporate use, etc.

“Baseball is the reason why I’m the catalyst behind it, but what we’re building here is a world-class entertainment venue. Baseball plays for 22% of the time, 81 games, but what it creates is an opportunity to have a venue within a venue. By design with our partners ASM Global, coordinating our music industry advisors, [the Nashville music industry can have] an important role in being part of this process. They can be included in the design of how the facility operates, how it’s designed and how it functions,” Loar says. 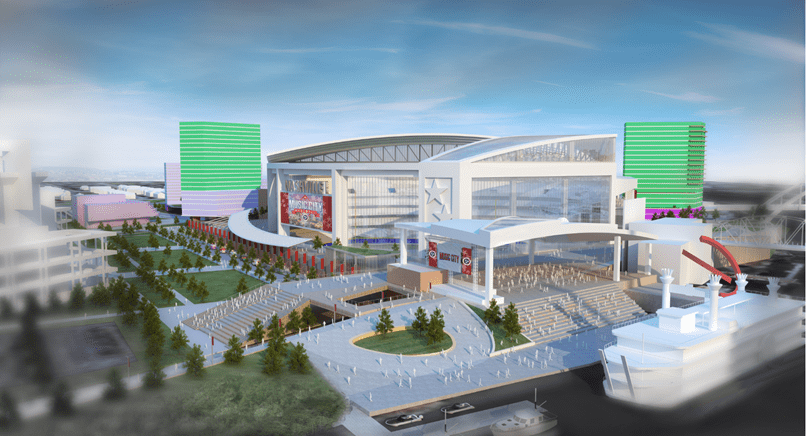 In an effort to build a Major League franchise on equity and celebrate diversity, Music City Baseball wants to name the team Nashville Stars, in honor of several Negro League baseball teams that played games in Nashville in the 1940s. They established a partnership with the Negro Leagues Baseball Museum, which includes a net sharing of revenues from the sale of merchandise bearing the name “Nashville Stars,” and cooperation between marketing and social media efforts.

“It gives Major League Baseball the opportunity to take its place in history and be proactive instead of reactive in the conversations that continue to go on diversity and inclusion,” Loar says.

Music City Baseball was positioned to submit a proposal to Major League Baseball to establish a team in Nashville, but that step has been delayed a year due to business effects from the COVID-19 pandemic. Until then, Loar is focused on site selection for the proposed entertainment district.

“We hope it’s in Davidson County, but it will possibly be in Williamson County or Rutherford County. We’ve got eight sites that we’re considering,” Loar says. “We hope it’s part of the East bank, potentially the Tennessee State University site. A downtown ballpark gives us the opportunity to build, with our partner ASM Global, a world-class entertainment venue. The walkability, bringing the Cumberland River alive, and just being part of a downtown park is the objective.”

In 2021, it’s important for Music City Baseball to show their partner (ASM Global) that the Nashville market can be a revenue contributor, the reasons why, and to find a site for the ballpark.

“We think we can privately finance a ballpark here, as it’s really not a ballpark. It’s an entertainment venue. The baseball team becomes a tenant,” Loar says. “It’s driven by the music industry in residencies, and in conventions. It supports the growth of Nashville, the airport growth, the expansion internationally, and the hotel industry and the restaurant industries that continue to grow, even with COVID. People come to Nashville just because it’s Music City, so when the Red Sox, the Phillies, the Giants, or whoever see the Stars on the schedule, they’re going to come here for a three-game series, and be a part of the town and the market area.”