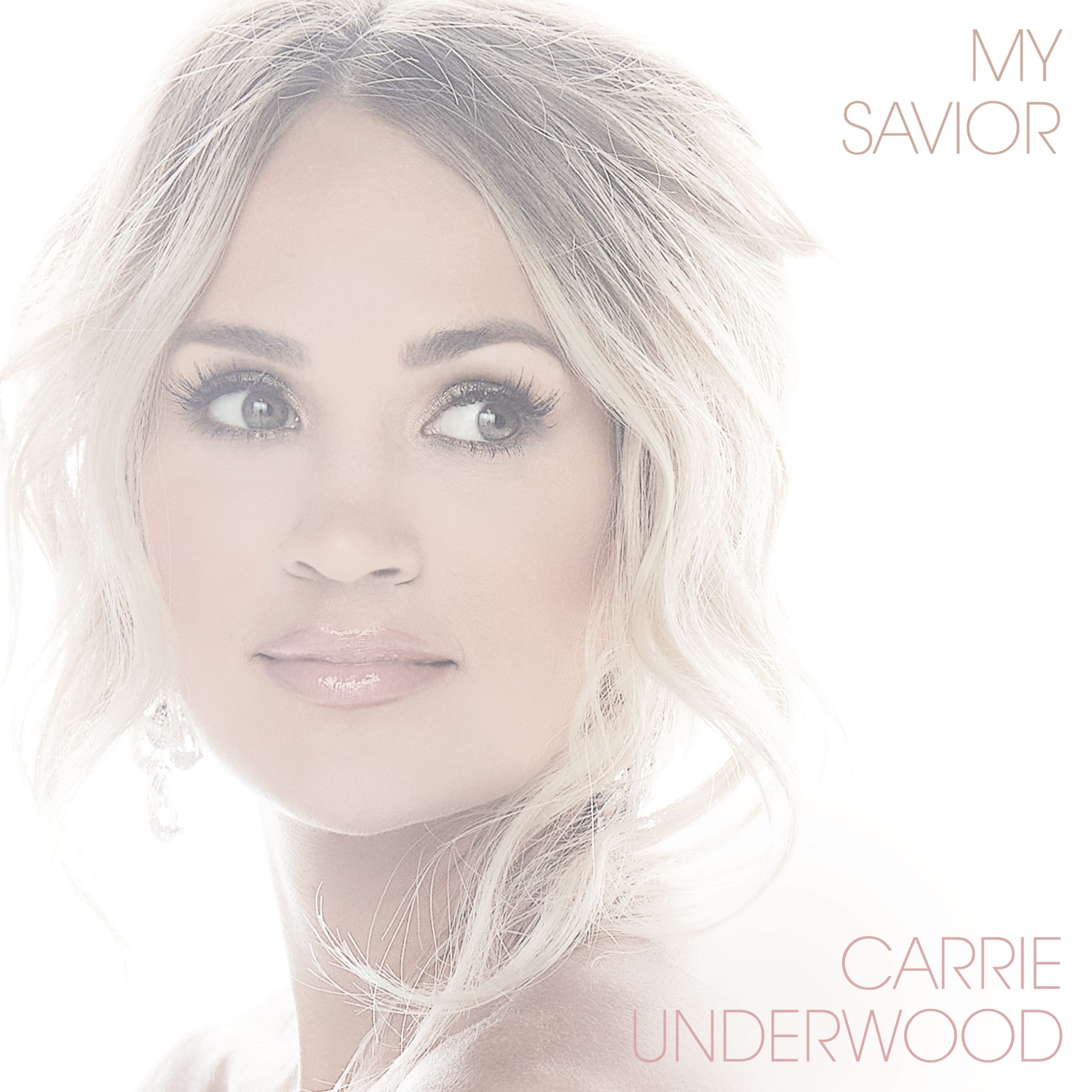 Carrie Underwood has revealed the cover art for My Savior, the upcoming companion gospel album to her recent Christmas album, My Gift. The album of gospel hymns will be released on CD and digitally March 26 just prior to the Easter holiday, and on vinyl April 30.

She co-produced the new project with longtime collaborator David Garcia, with whom she also co-produced her 2018 album Cry Pretty. With his early roots in Christian music, over the past decade Garcia has achieved chart-topping success across multiple genres with over 20 No. 1’s to his credit.  He has twice been named ASCAP’s Christian Music Songwriter of the Year (2015 and 2019), has written three ASCAP Award winners for Christian Music Song of The Year, as well as won nine Dove Awards. Garcia and Underwood’s collaborations include co-writing tracks such as her No. 1 hit “Southbound” (with Josh Miller), “Drinking Alone” and “Love Wins (both with Brett James), all of which have been certified Gold by the RIAA, as well as the original tracks “Let There Be Peace” and “Sweet Baby Jesus” (both with Brett James) on My Gift, among others.

“It’s been such a blessing to make music like this, inspirational music that is near and dear to my heart,” says Underwood. “These two albums have been on my musical bucket list since the beginning of my career and were planned long before the events of the past year, but somehow it feels like the perfect time to share these beloved songs with the world.”