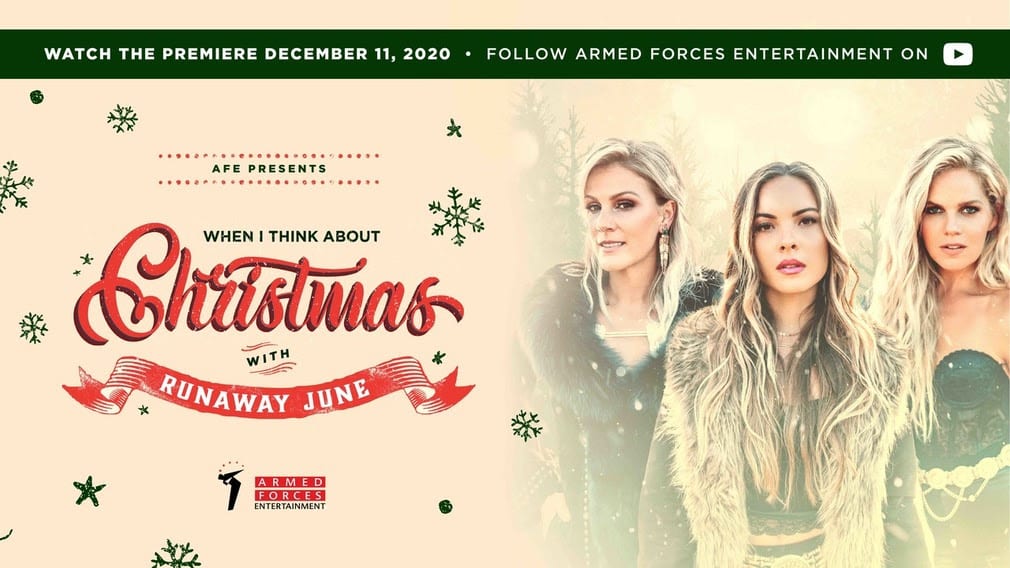 Runaway June is sending some cheer to servicemen and women with their first ever virtual concert, “When I Think About Christmas With Runaway June,” which is premiering on the Armed Forces Entertainment YouTube Channel. The concert has been made available to every service member around the globe during this holiday season, and is intended to boost morale for military families during this important time of the year to let them know how much Americans appreciate their sacrifices. The performance is available exclusively on the Armed Forces Entertainment YouTube Page now.

The trio is also is also teaming up with Cracker Barrel for a Christmas feature called “Cracker Barrel Sounds of the Season” alongside Carrie Underwood and Maddie & Tae. The family-friendly Christmas event will be released on Dec. 16 on Cracker Barrel’s YouTube and Facebook pages with the all-female lineup and will be available throughout the holiday season. Runaway June also recently partnered with CMT’s Radio Team and Seacrest Studio for a “virtual holiday party” for participating children’s hospitals across the country that are part of the Seacrest Network. 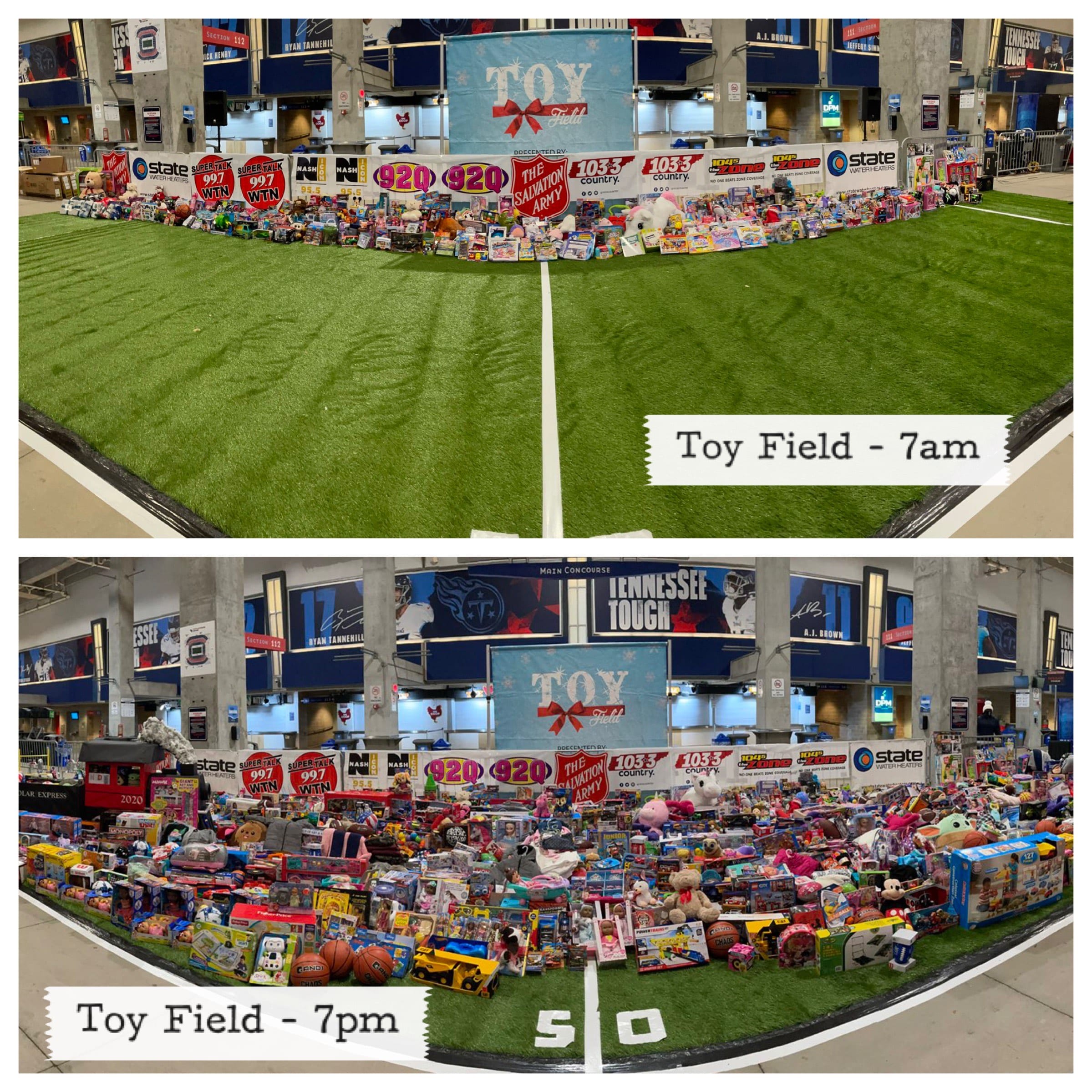 “Throughout the years, the Cumulus Nashville listeners have been generous with their donations. Today was a great day that will help create miracle moments for families in our community this holiday season,” said Major Ethan Frizzell, Area Commander—The Salvation Army Nashville Area Command. 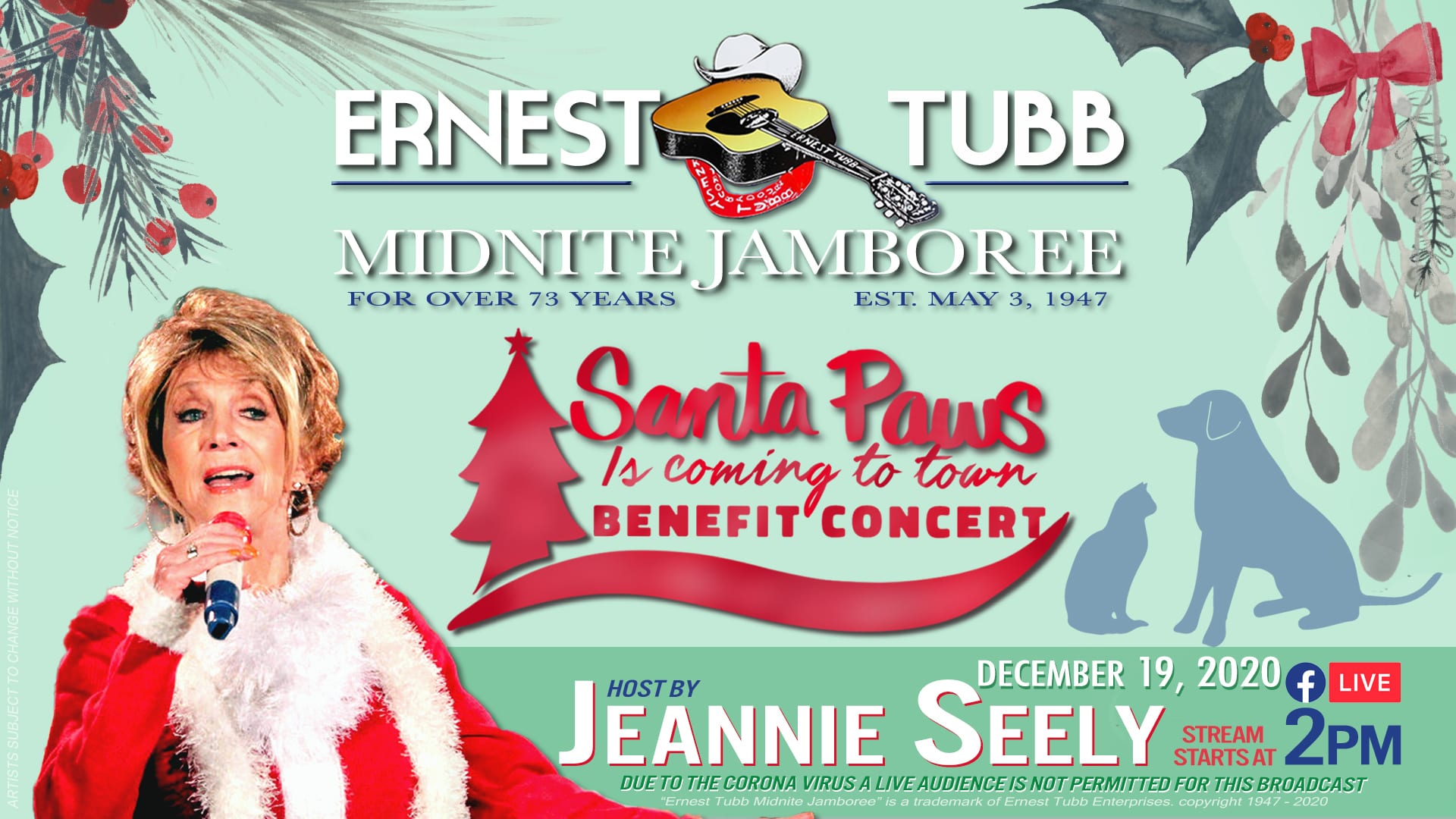 Jeannie Seely will host the second annual Santa Paws is Coming To Town benefit on Dec. 19 on the historical Ernest Tubb Midnite Jamboree at the Texas Troubadour Theatre in Nashville, with featured guest Tim Atwood. Guest performers include Allie Colleen, Michele Capps and Anita Stapleton, with more special guests to be announced. The all-star band will include Dug Grieves, Danny Davis, Kenny Sears, Eddie Bayers, Eddie Dunlap and Mike Nobel, and the show will be taped live for fans to watch during a live stream at 2 p.m. CT on the Ernest Tubb Record Shop Facebook page, and available to listen to on WSM 650 Radio and online.

Fans are asked to bring food, blankets, animal beds, puppy pads, cat litter, cleaning supplies, pet toys, treats and more to benefit the dogs and cats who find themselves in Nashville animal shelters at the start of a new year. The donations can be dropped off at the Texas Troubadour Theatre 2416 Music Valley Drive Nashville starting Dec. 12 through 20 from 10 a.m. to 5 p.m. CT.