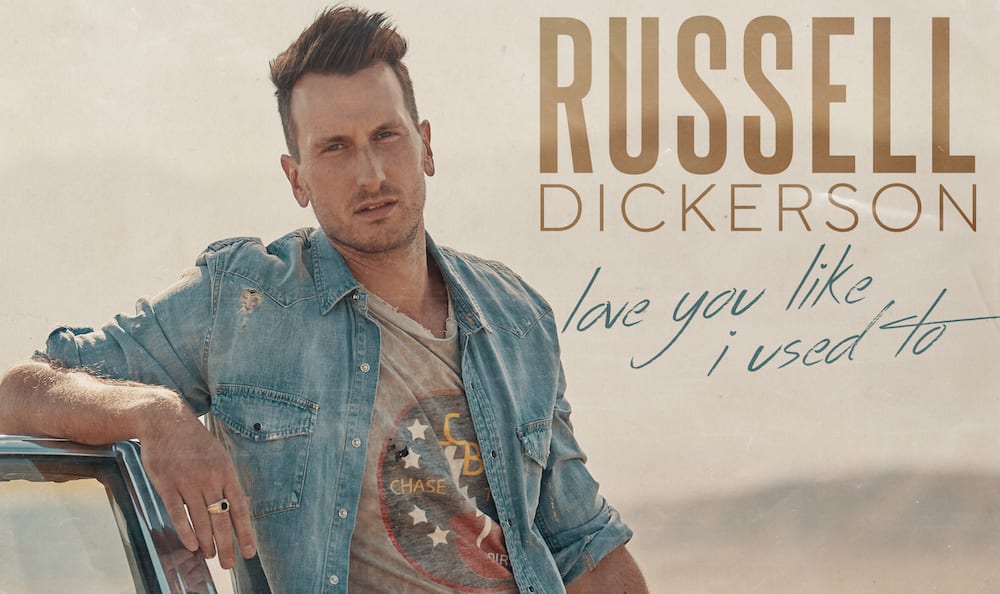 Triple Tigers artist Russell Dickerson has earned his fourth consecutive No. 1 single with “Love You Like I Used To,” which tops both the Mediabase country chart and Billboard‘s Country Airplay chart this week.

“This feels really big for us,” Dickerson tells MusicRow. “I had a couple of friends over for a bonfire and I got a call from the radio team saying that the chart had just closed and it was officially No. 1, and it felt great. This one is special because it’s off the new album. I can’t believe it’s No. 1, it’s insane.”

The song follows his previous consecutive No. 1 songs, including “Yours,” “Blue Tacoma,” and “Every Little Thing”—all songs that the Triple Tigers team has propelled to No. 1 on the radio charts.

“The missing piece was the Triple Tigers team—their promo team is hands-down the best in the business,” Dickerson says. “This is my fourth No. 1 and Scotty McCreery has had several, so just out of the gate, to earn that many No. 1s with two artists is a testament to them. It feels like God kind of hand-picked the best radio veterans to all come together and take these to No. 1.”

He wrote the song alongside Parker Welling and Casey Brown. Dickerson recalls how his wife, Kailey Dickerson, even gave the singer-songwriter some direction with “Love You Like I Used To.”

“We had written the song once, and she’s brutally honest, and was like, ‘The title of the song is better than the song.’ And she was right. I got back together later that year with Parker and Casey, they had come on the road with us, and we completely re-wrote the song, just took it down to the studs—different groove, tempo, totally different lyric. Then we played it for the team and the label, and it just clicked and it was like, ‘Boom, there it is.’ In the first verse now, it kind of throws you for a loop, it feels like a breakup song. We wrote that twist in verse one, and then you get to the chorus and it’s like ‘Nope! It’s a big ‘ol love song.’ We knew it was special.”

“Love You Like I Used To” is the first track from Dickerson’s upcoming album, Southern Symphony, set for Dec. 4. The song has earned 96 million streams to date.

Dickerson says the COVID-19 touring shutdowns have allowed him ample time to focus on the production for his upcoming album. “We were throwing mixes around every few weeks up until a few months ago. For me, it’s no question it’s a giant step up from album one, from production and writing and a vocal standpoint,” says Dickerson, who produced the project alongside Brown and Dann Huff.

“We had a cool thing going with album one, it was younger sounding with a pop edge. This one has more roots to it, and more organic instruments, but it’s still a polished, big production. We had done a majority of the recording before quarantine hit, and then I had more time to focus on production.”

Dickerson played the guitar solo on his current chart-topper, something he says he normally wouldn’t get to do because he would be on the road. “I had time to add things like that and actually kind of pull my weight as a producer,” he notes. He also gained more confidence in the studio this time around, thanks to Brown and Huff.

“I’ve learned to speak my mind a lot more freely. It’s a hard road to walk as an artist and producer,” says Dickerson, who studied music at Belmont University.  “To go into the studio and really get into the technical jargon and not shy away from my musical knowledge in the studio and just being confident in that. They both really encouraged me to keep doing that in the studio.”