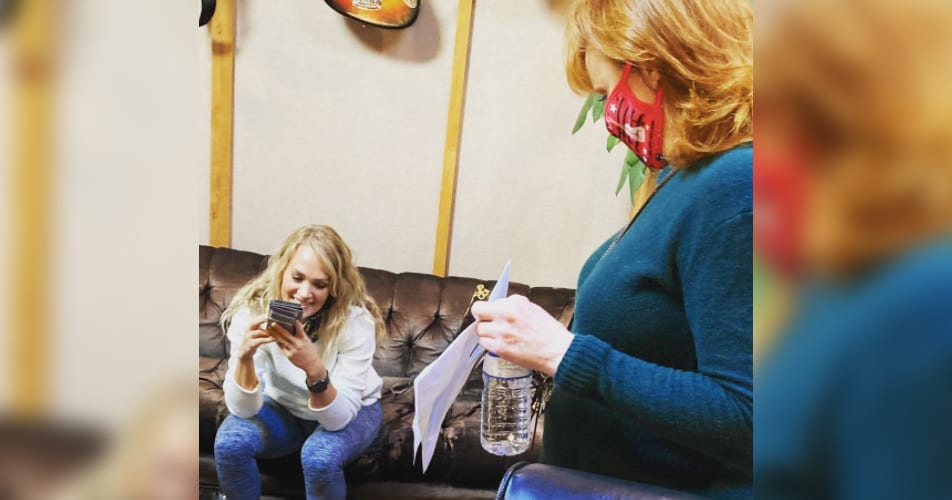 According to a social media post, it seems Carrie Underwood and Reba are teaming for a new project.

John Carter Cash, the only child of music legends Johnny Cash and June Carter Cash, shared a post on Instagram of Reba and Underwood at the Cash Cabin, with the photos accompanied simply with the hashtag #secretproject. No other details were given.

According to the Cash Cabin’s official site, Johnny Cash had the Cash Cabin built in 1979 as a place of refuge, away from the bustle of his busy music career. Beginning with American III: Solitary Man, Cash would record nearly half of the remainder of his American Recordings series at the Cash Cabin. June Carter Cash also recorded the project Press On (1999) and her final solo album, 2003’s Wildwood Flower, at the cabin. In 2003, Johnny made his final recording at the cabin, including “Like the 309” for the project American Recordings V: A Hundred Highways, and “Engine One-Forty-Three” for an album produced by John Carter, The Unbroken Circle, The Musical Heritage of the Carter Family.

Underwood and Reba, alongside Dolly Parton, co-hosted the CMA Awards last year, and Reba is set to return as a co-host this year, with Darius Rucker. Underwood earned her third Entertainer of the Year nomination heading into next week’s awards show. She is also nominated for Female Vocalist of the Year, an honor she has previously taken home five times. Six-time CMA winner McEntire is nominated for Musical Event of the Year heading into this year’s show, for her work on Thomas Rhett’s “Be A Light,” which also features Chris Tomlin, Keith Urban, and Lady A’s Hillary Scott.