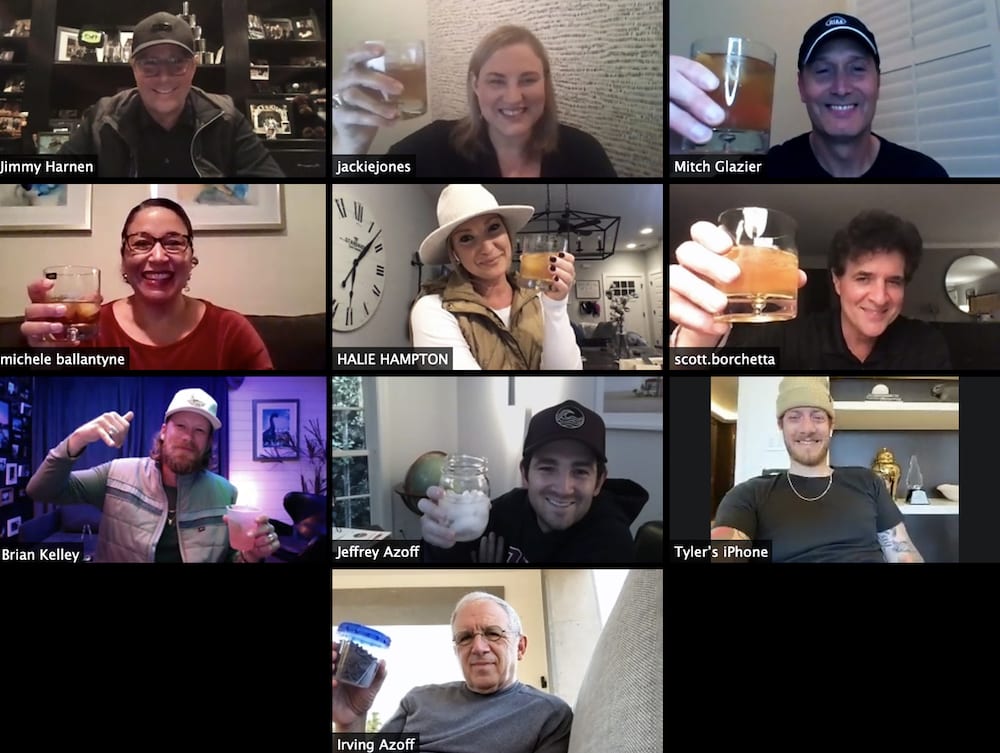 The duo’s Brian Kelley and Tyler Hubbard celebrated earning their second RIAA Diamond certification, this time for their collaboration with Bebe Rexha, “Meant To Be.” The new Diamond-certified song follows their 2012 breakthrough “Cruise,” which earned RIAA Diamond designation in 2016.

This makes Florida Georgia Line the only country act in the RIAA’s 62-year history with Gold and Platinum to have two RIAA-certified Diamond single awards. In the RIAA’s history, only 43 singles have earned RIAA Diamond status, less than 1% of all RIAA certified songs to reach that level.

The RIAA’s Mitch Glazier, Michele Ballantyne and Jackie Jones feted the milestone, alongside many on Florida Georgia Line’s label team at Big Machine Label Group, including president/CEO/founder Scott Borchetta, as well as Irving and Jeffrey Azoff of Full Stop Management, which Florida Georgia Line aligned with in early 2020.

“Thank you guys for the recognition and this ride has been a dream come true,” shared Kelley. “It’s pretty crazy hearing the numbers. It’s pretty wild to think about it in that time span. Just super grateful. Thank y’all for taking the time and celebrating us, but know that celebrating us is celebrating y’all ‘cause it is all of us. I think we’ve all been doing this together and riding this wave since day one, so thank you guys.”

“It is surreal and it is nice to take a second to let that sink in, and honestly we’re so thankful,” added Hubbard. “It’s awesome to know it’s connecting. When I hear those numbers that’s what I hear, and I just think that’s something that we can all be proud of. Thank y’all for being a part of this team. We’re humbled by it, we’re really extremely motivated, we’re all in a great headspace, and we’re feeling really creative and all this does is inspire us even more. Thanks everybody on this call and thank you for taking the time to recognize that, it’s really special.”

The duo recently released the Christmas track “Lit This Year” which they penned after being invited to be part of this year’s CMA Country Christmas.

“We thought, ‘Why don’t we just write a Christmas song?’ We’ve never written a Christmas song before,” Hubbard said. “BK had this idea he had been wanting to write called ‘Lit This Year,’ and I feel like we all got on Zoom—me and BK and our producer Corey Crowder—and in probably an hour and a half wrote that song.”

Florida Georgia Line has had 17 No. 1 singles to date, with their total digital singles awards topping 54 million. They also just wrapped work on their upcoming fifth studio album.

“We’ve recaptured our creative control and I feel like we are in a new lane,” Kelley said. “In a sense of who we are, where we’re at and the kind of music we want to continue to make and challenge ourselves.”