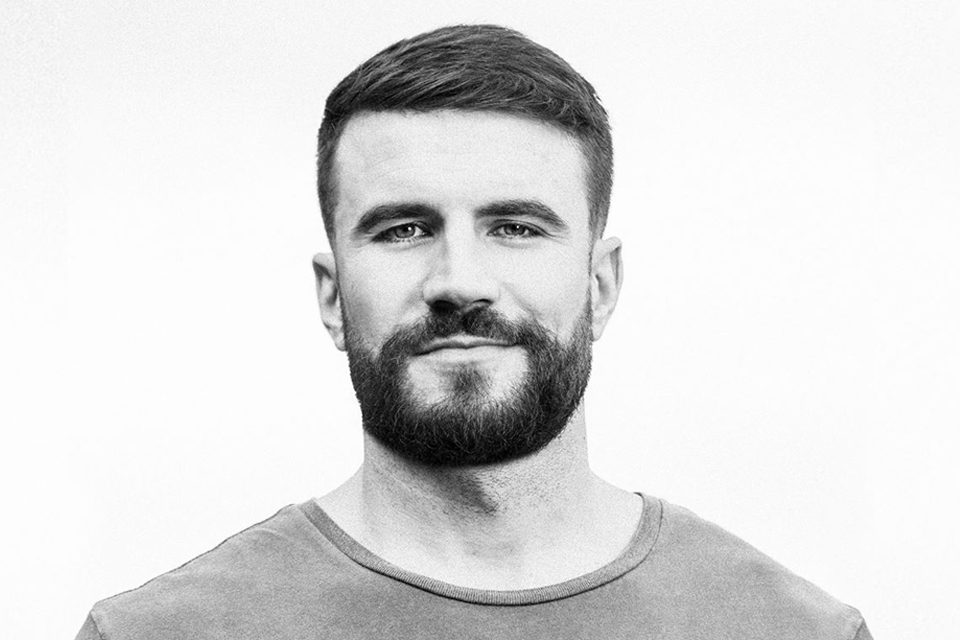 In this wildly uneven listening session, I was alternately lifted out of my seat and glued to it by dull inertia.

The triumphs here belong to The Wild Feathers, Dillon Carmichael, the collaboration between Chris Young & Kane Brown and our Disc of the Day winner, Brandy Clark.

SAM HUNT/”Breaking Up Was Easy In The 90’s”
Writers: Chris LaCorte/Ernest K Smith/Josh Osborne/Sam Hunt/Zach Crowell; Publishers: Universal Music Corp./Between the Pines, LLC/BIPOD/Spirit Two Nashville/Miller Crow Music/Kyler’s Kinda Night/Songs Of Universal, Inc./Ern Dog Music/Big Loud Mountain/Tree Vibez Music, LLC/Sony/ATV Accent/Smackborne Music, ASCAP/BMI; Producer: Zach Crowell; Label: MCA Nashville
-His successful formula is in place—spoken-word verse, sparse rhythm, chorus with the title phrase repeated over and over. The fact that the phrase has nothing to do with the rest of the lyric doesn’t seem to matter. I got bored quickly.

THE WILD FEATHERS/”Fire”
Writers: Ricky Young; Publishers: none listed; Producer: The Wild Feathers; Label: Magnolia Record Club
-I loved these guys when they were a pop/rock band, and the quality of their output has remained completely excellent since they began marketing their sound as country. This fabulously melodic, brilliantly harmonized tune has a soaring, uplifting quality underpinned by throbbing bass, punchy drumming, sighing organ and chiming guitars. It’s an awesome listening experience that is drawn from a collection titled Medium Rarities. During the pandemic, the group reached into its vaults for unreleased, unheard tracks to assemble the collection. If something this stunning was “buried,” I can’t imagine how great the new material is going to be. I remain a massive fan.

DEVIN DAWSON/ “He Loved Her”
Writers: Devin Dawson/Nicolle Galyon/Jordan Reynolds; Publishers: none listed; Producer: Jay Joyce; Label: WMN/Atlantic
-It’s an homage to his grandfather, an ordinary man whose decency was extra-ordinary. But Dawson’s colorless singing voice and the generic production doesn’t rise to the occasion.

KALIE SHORR/”My Voice”
Writers: Kalie Shorr/Simon Reid/Fred Wilhelm/Skip Black; Publishers: none listed; Producer: Skip Black/Kalie Shorr; Label: TMWRK
-The sound is crashing country-punk and the lyric is a very involving look at her journey on an unconventional road. This lady is carving out her own niche, and bravo for that.

BRANDY CLARK/”I’ll Be the Sad Song”
Writers: Brandy Clark/Jessie Jo Dillon/Chase McGill; Publishers: Highway 508/New House of Sea Gayle/ClearBox Rights/Jay Gatsby/Revelry/Kobalt/Songs of Universal/Plum Nelly, ASCAP/BMI; Producer: Jay Joyce; Label: Warner
-It’s a happy coincidence that I was listening to this woman’s awesome album (again) over the weekend and bitching about how this blindingly brilliant troubadour was being overlooked by the country mainstream. Then, BAM, yesterday it got nominated for a Grammy Award, as did its single “Who You Thought I Was.” The collection’s title, Your Life Is a Record, comes from the lyric of this song. The haunting melody, wistful mood and sweet/sad singing pierce your heart and linger there long after the sound fades away. That’s what a masterpiece can do.

STURGILL SIMPSON/”Breaker’s Roar”
Writers: Sturgill Simpson; Publisher: none listed; Producer: David Ferguson/Sturgill Simpson; Label: High Top Mountain
-He has a rock Grammy nomination this year, so of course his next step is a bluegrass album. That recording, titled Cuttin’ Grass, features an all-star bluegrass instrumental lineup backing Simpson on rearrangements of his songs from earlier albums. This one, featuring Sierra Hull, is an utter transformation. The sound is elegant, pristine and clear (which is saying something, considering the artist’s prior tendency to mumble). The COVID survivor’s Kentucky roots are definitely showing.

RUSSELL DICKERSON & FLORIDA GEORGIA LINE/”It’s About Time”
Writers: Casey Brown/Parker Welling/Russell Dickerson; Publisher: none listed; Producer: Dann Huff/Casey Brown/Russell Dickerson; Label: Triple Tigers
-It’s a party anthem on steroids. And it is impossible not to get caught up in its energy and verve.

DILLON CARMICHAEL/”Hot Beer”
Writers: Michael Hardy/Ashley Gorley/Hunter Phelps/Ben Johnson; Publisher: none listed; Producer: Jon Pardi; Label: Riser House
-Hilarious. Dillon’s brawler voice sasses the lyric like a rampaging buffalo. She asks him to take her back, and he replies that he’d rather drink a hot beer and do a lot of other goofy, stupid stuff. With those songwriting credits and Pardi producing, you know it’s country, country, country. It is also Essential Listening.