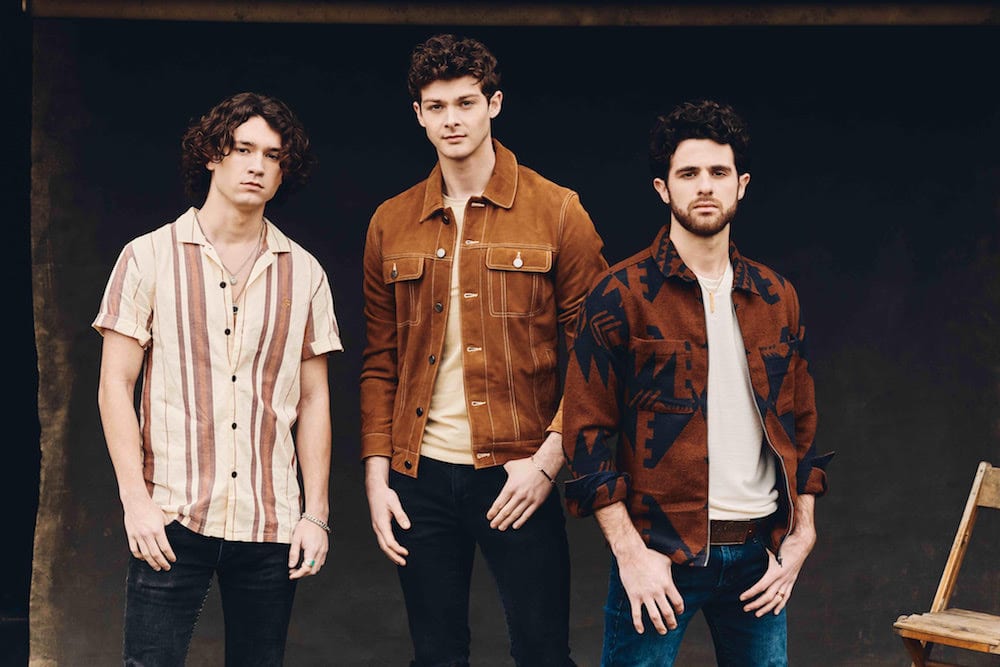 The trio’s journey began in 2013 when Beeken and Pack joined teams as contestants on The X Factor. During their time, they met their future collaborator Kane Brown. Nichols would later join Beeken and Pack as part of the trio in 2015.

A few years ago, Brown rekindled that friendship the musicians had found on The X Factor, and sent Pack a text message after he saw Pack’s cover version of Brown’s “Good As You.” The group’s four-song EP, produced by Dann Huff, released in February. The self-titled project includes their current single “Take Me Home,” a collaboration with Brown that incorporates snippets from John Denver’s “Take Me Home, Country Roads.”

With the EP and single, the trio was set up to open several show dates on Brown’s Worldwide Beautiful Tour early this year, before the pandemic shut down touring. The group didn’t want the time to be wasted so they focused on writing songs and staying connected with fans. In October, they announced they had signed a publishing deal with Sony/ATV. Like most songwriters, they have taken to Zoom writing during the pandemic.

“I think we’ve honestly written some of the best songs of our lives this year, during quarantine,” Pack said. “So this song is still in the works with our producer.”

During the visit, they performed songs including “I Took One Look At Her Mama,” and “One Step Ahead.”

Nichols added, “My dad is my best friend of all time and we were all sitting around one day and he said, ‘Son, you want to know how you find the one? All you gotta do is take one look at her mama. That might give you an idea of what things might be like down the road.’ So we got in the writing room and we thought that would be a cool song title.”

Less than a month ago, they filmed the music video for “One Step Ahead.”

“That was a big bucket list item to check off,” said Beeken. “We are really excited about taking this momentum that we’ve been able to create in this year into next year.”