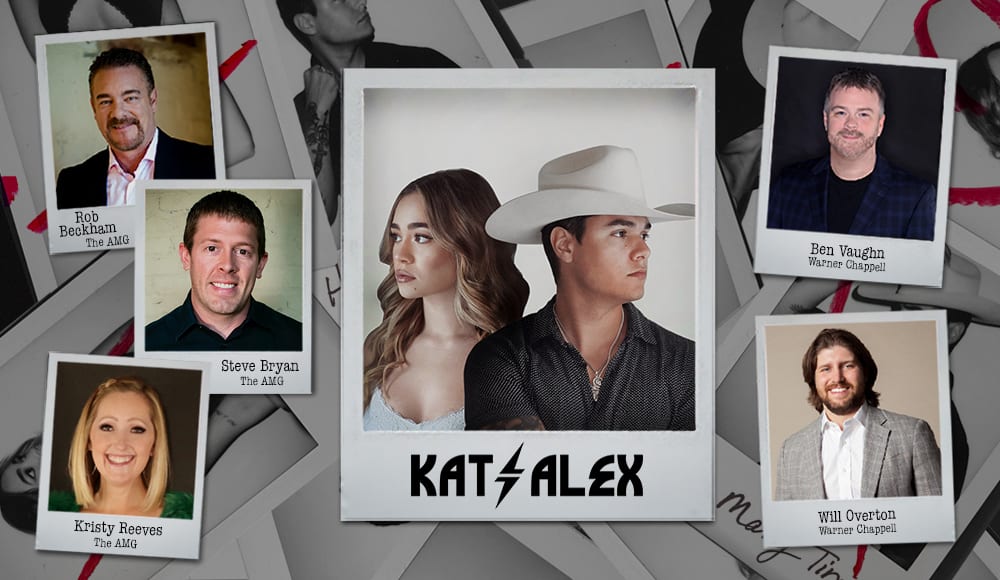 Kat & Alex competed on American Idol in early 2020, where judge Luke Bryan spontaneously helped choose their name. Shortly thereafter, the duo moved to Nashville and began working with producer Brad Hill. Wanting to pay homage to their Latin roots, the recently-engaged couple has been busy writing songs in both Nashville and Miami, and released English and Spanish versions of their debut single, “How Many Times,” on Oct. 16.