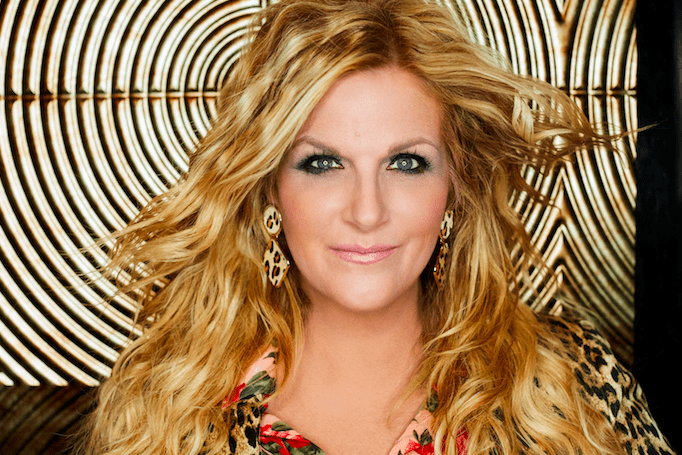 Both the Disc of the Day and the DISClaimer Award are claimed by female acts. Trisha Yearwood rules the roost with her gorgeous ballad “I’ll Carry You Home,” which she introduced on last night’s ACM telecast.

The DISCovery du jour is Chapel Hart. This is a trio of two sisters and a cousin who are from Mississippi, but began their career as street performers in New Orleans before heading to Music City. Their “Jesus and Alcohol” debut single is a sheer delight.

All of which is not to say that we don’t have worthy male contributors. In fact, Tyler Braden gave Chapel Hart excellent competition for the DISCovery honor. Elsewhere, we have dandy new sounds from Jerrod Niemann, Terry McBride, Brandon Ratcliff and Scotty McCreery.

CHRISSY METZ/Feel Good
Writers: Chrissy Metz/Nicolette Hayford/Connie Harrington/Aaron Raitiere/Jake Mitchell; Publisher: none listed; Producer: none listed; EMI
-This light, softly sung ditty is meant to empower women, to inspire positivism. It has a pleasant, wafting vibe that goes well with its message of looking up, taking care of oneself and getting happy. It goes along with her new Walmart clothing line.

TRISHA YEARWOOD/I’ll Carry You Home
Writers: Gordie Sampson/Caitlyn Smith/Troy Verges; Publisher: Bughouse/Music of Stage Three/Songs of Cornman/Dash8/Songs of Universal; Producer: Garth Fundis; Gwendolyn/Pearl
-One of our greatest voices wedded to a truly inspirational song. I love how she begins this in a gentle, tender mode, then gradually builds to her magnificent, full-throated vocal majesty before ending in a soft, loving audio embrace. A brilliant piece of work.

TYLER BRADEN/Love is a Dead End Road
Writers: Tyler Braden/Chase Rice/Brock Berryhill; Publishers: Warner Chappell/Sony ATV, no performance rights listed; Producer; none listed; Warner
-A country boy gets his heart busted when the gal he thought was The One, turns out not to be. This newcomer sings with enormous feeling and just the right blend of power and ache. He sounds like writer to be reckoned with, too. I’m in.