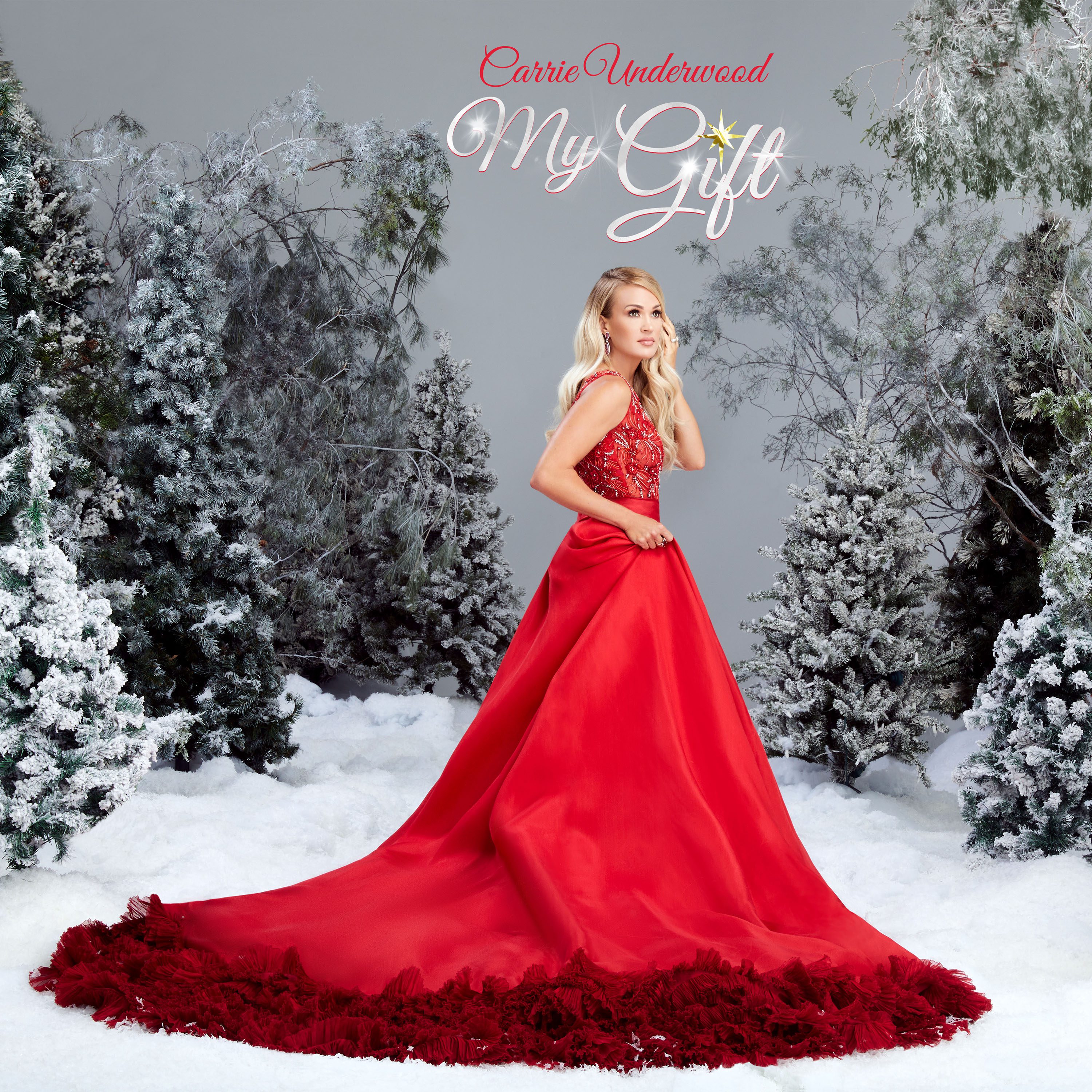 Last week, Carrie Underwood picked up her third Entertainer of the Year honor from the Academy of Country Music (this year in a shocking co-win with Thomas Rhett)—and with good reason. There aren’t many forms of entertainment she hasn’t conquered.

Ever since her win on American Idol in 2005, followed by her smash hit “Jesus Take The Wheel,” and 8x Platinum debut album Some Hearts, she’s kept putting points on the board, solidifying her image as a multi-faceted entertainer.

In addition to 27 No. 1 radio singles (14 of which she had a hand in writing), multi-Platinum albums, sold-out headlining tours, and seven Grammy wins, Underwood took on the daunting task of leading a live-televised musical, when she portrayed Maria von Trapp in The Sound of Music Live!, played a substantial supporting role in the inspirational movie Soul Surfer, and made appearances on television shows including How I Met Your Mother, Blue Bloods, and more. With fellow country star Brad Paisley, Underwood had an 11-year run as one of the most successful hosting duos for the CMA Awards, and then returned last year to host the show alongside Dolly Parton and Reba McEntire. She has also been the face and voice of Sunday Night Football since 2013.

She released her own athleisure line, Calia by Carrie, and earlier this year, she authored the wellness book Find Your Path: Honor Your Body, Fuel Your Soul, And Get Strong With The Fit52 Life, and later launched an accompanying fit52 fitness app. Over the past few years, before the COVID-19 pandemic shut down music tours around the world, Underwood upped the ante on her own tours with the in-the-round spectacles that were her 2016 Storyteller Tour-Stories In The Round (with 92 shows playing to over 1 million attendees) and last year’s Cry Pretty Tour 360, which played in more than 60 cities. She also stepped into the co-producer role for the first time on her previous album Cry Pretty.

Now, she’s adding another layer with her first full-length Christmas project, My Gift, which arrives today (Sept. 25), with a vinyl version set for Oct. 30. The 11-track album blends classics such as “O Come All Ye Faithful,” and “Away in a Manger,” alongside a few songs penned specifically for the album, including “Let There Be Peace,” and “Sweet Baby Jesus,” all bonded by gorgeous orchestration and Underwood’s glorious voice.

“These are all songs that I’ve been singing my whole life, but I don’t think I’ve ever sang them by myself—just in church or choir. We would go caroling when I was a kid and we’d go down to the nursing home on Christmas Eve and sing for the residents,” Underwood says.

Shortly after she wrapped her Cry Pretty Tour 360 last year, she began mapping out plans for the new album. Though most of the songs on the album are familiar, Underwood says it was still an interesting musical puzzle to put together.

“I had the illusion that making a Christmas album was just going to be super easy. Right? I knew I wanted to do a lot of standards, and then when you have been singing something your whole life, and there’s so many different versions, it was interesting to find a way that it’s still true to tradition, but then also find yourself in it as an artist. I made demos on my phone before we went to record them just so everybody could get a handle of what things were going to sound like.”

Oh, and then there was the challenge of making an album that is heavy on orchestration and choir vocals during the COVID-19 pandemic, where social distancing mandates can make those types of recordings difficult. Grammy-winning producer, mixer, songwriter, and instrumentalist Greg Wells (Adele, Celine Dion, P!nk) helmed the orchestral arrangements (with an orchestra led by David Campbell), working from Los Angeles, while Underwood’s vocal parts were recorded in Nashville.

“I was so fortunate to ask Greg to be part of this. I knew I was lucky to work with him in the beginning but definitely when the world kind of shut down, I was so glad this [project] was in his hands because we were just finding new ways to do things and he can play so many instruments himself at home and ended up kind of doing that as we were working on the album.”

While Underwood recorded in Nashville’s Addiction Sound Studios, Wells was in Los Angeles, but would join her in the studio virtually, via an iPad.

“It was a small space, because even when things started opening back up, I was like, ‘I don’t know how I feel about that,’ and it ended up being perfect because it was just a skeleton crew. Everyone was trying to be very mindful of how to do things, so it was best for Greg to handle orchestrations in L.A.. He would send me video clips of what they were doing and he would text me things so I kind of got to be part of what they were doing, so he was definitely keeping me updated.

“It was so good for me to get out of my album-making formula. I like to say there are steps to making an album—you start at step one and go to the end. And we started in the middle and then went back to step three and found our own way through it. And it was so nice to be able to sing, to see happy music in the middle of crises.”

Underwood also includes a few collaborations on the album, most notably with John Legend on “Hallelujah,” an original song Legend wrote with Toby Gad.

“He had heard I was doing this Christmas project and they sent the song over. I loved it and loved his voice on the demo—obviously, what’s not to love about his voice? So we asked him if he would be interested in singing it with me. He recorded his part in Los Angeles and I recorded my part in Tennessee. I was so sad we didn’t actually get to record it together, but everybody was kind of avoiding travel and it just ended up being such an amazing puzzle to do this whole project. And the song is uplifting, it’s a love song and a Christmas song, and just fit the project perfectly.”

“He loves to sing. He loves music. I didn’t know what to expect, or if he would even want to do it. But he was all about it and excited about it and it was such a great thing to be sharing what I love to do—singing—with him and see him love it as well. I was asking my producer, like, ‘How did he do?’ I feel like to anybody in the music community, I’ve been like, ‘Listen to this!’ because I’m just such a proud mom, and they’ve been very complimentary and I feel like they mean it. He’s always had the sweetest little kid voice.”

The album’s crescendo comes with the original track “Let There Be Peace,” a Gospel-inflected siren call for unity that Underwood co-wrote with Brett James (a co-writer on her debut smash “Jesus Take The Wheel”) and David Garcia, who co-produced her Cry Pretty album.

“We wrote that in the beginning of everything shutting down. We actually wrote that on Zoom. We wanted to have a choir feel to it and a soulful, simple song that everyone could sing with. Brett had that idea and we just rolled with it. I thought if I was going to write on Zoom, I wanted it to be people that I’m super comfortable with. On the demo, the entire choir was made of Brett James singing multiple parts and just stacking the vocals.”

Having one person stacking vocals for a demo is one thing, but they had to be strategic in crafting a choir sound for the full-fledged album, given social distancing restrictions during the COVID-19 pandemic. Their secret weapon? The McCrary Sisters, who have previously worked with Underwood on songs including “Choctaw County Affair” from her Storyteller album and her Ludacris collaboration, “The Champion.”

“We knew we wanted a choir, but obviously at that time we couldn’t get a choir because you couldn’t social distance enough to have a choir. So Greg said, ‘Do you have any ideas on how we do this?’ And I said, ‘What about The McCrary Sisters?’ I have worked with them in the past and they are artists themselves and I was like, ‘I bet during this time they had been around each other, and would feel comfortable being around each other.'” The McCrary Sisters agreed, and they added in Brett James’s voice as well.

Underwood prepared for creating renditions of classics such as “O Holy Night,” “Silent Night,” and “Mary, Did You Know?” by culling numerous previously-done renditions, noting things she gravitated toward.

“I went through like every single song and I went on my iTunes and just started listening to so many versions, and marked down notes to give him an idea of what I was looking for, like Celine Dion’s version of ‘O Holy Night’ is so beautiful and big and classic. That was one I referenced. One the flip side, I didn’t think I would find a version I liked of ‘Joyful, Joyful, We Adore Thee,’ because so many are so march-y. I was like, ‘How can we get away from that?’ And he had the idea of me singing a cappella. I tried it and it ended up being so unique and it had a certain feeling about it that made me really happy and that’s why we put it first on the album.

“There’s so much about it that I’m so proud of and I’m glad I just finally got to make a Christmas album. I’ve been wanting to for a long time,” she says.

And in truly versatile entertainer fashion, Underwood has teamed with HBO Max for a Christmas special to coincide with the album. The special will be executive produced by Gary Goetzman and Tom Hanks for Playtone, along with Underwood and her manager Ann Edelblute; the show will tape this fall and will include a live orchestra and choir (no air dates have been set so far).

Though no one could have predicted the uncertainty and tragedies that the world has experienced this year due to the COVID-19 pandemic, Underwood says she is even more grateful to be able to make a project that can help comfort and uplift those who hear it. 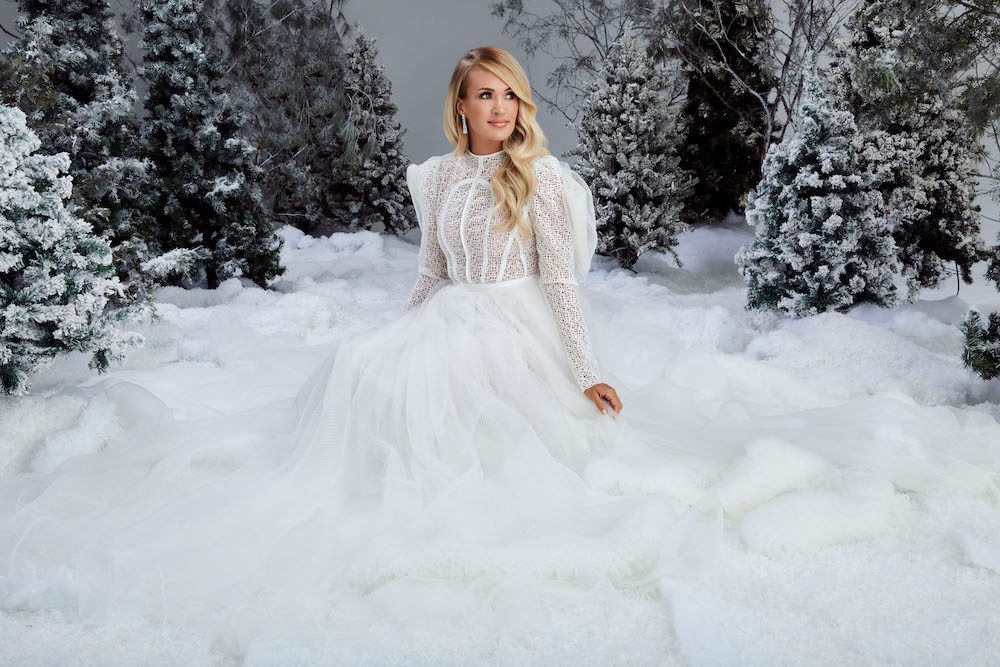