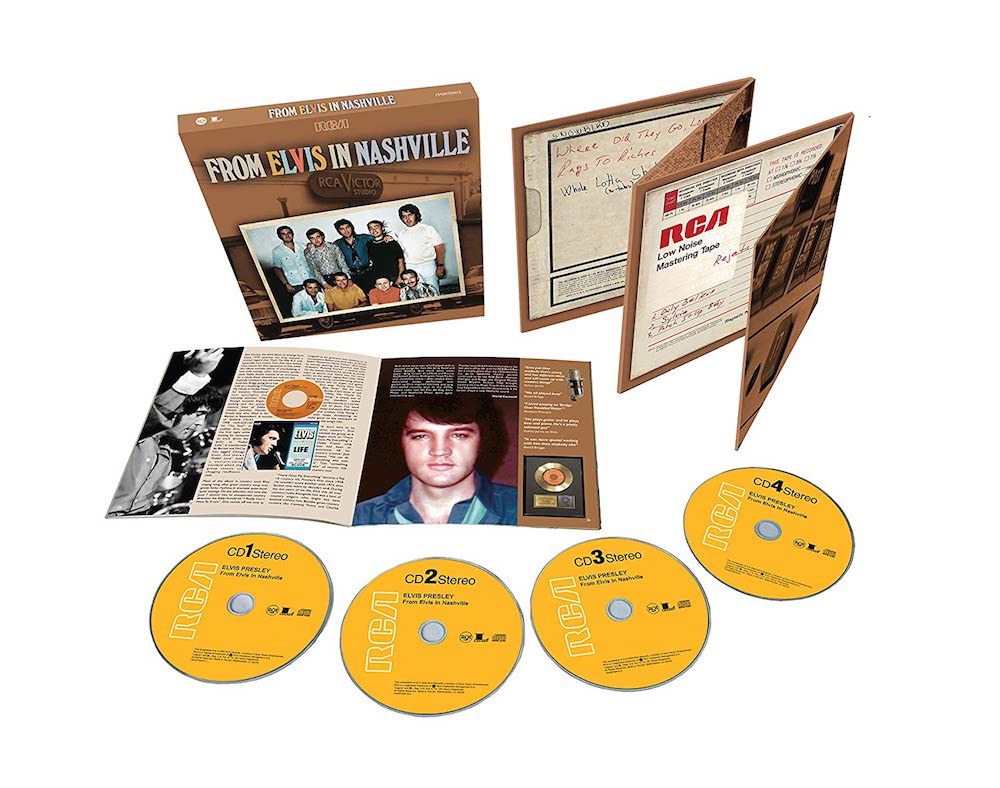 From Elvis In Nashville, a new four-CD digital collection due out Nov. 20, will chronicle Elvis Presley‘s 1970 marathon sessions with the “Nashville Cats.” Recorded live in RCA’s Studio B in Nashville over the course of five days in June 1970 (with an additional session on Sept. 22), Elvis’ performances from those sessions formed the core of three of his most successful studio albums from the 1970s: Elvis: That’s the Way It Is, Elvis Country (I’m 10,000 Years Old) and Love Letters from Elvis.

On From Elvis In Nashville, Presley’s studio tracks from the 1970 marathon sessions are presented newly-mixed by acclaimed engineer Matt Ross-Spring (John Prine, Jason Isbell) without the added overdubs or orchestration appearing on earlier releases. The project will be available in a boxed set including two bonus discs of rare and/or unreleased outtakes from the 1970 sessions (also available digitally).

The sessions are widely recognized as among Elvis’ best because of the undeniable chemistry between Elvis and his studio band comprised of multi-instrumentalist Charlie McCoy, bassist Norbert Putnam, and pianist David Briggs. Known as the “Nashville Cats,” this finely-honed studio ensemble connected the worlds of pop, rock and country. For the June sessions, Elvis brought in his longtime on-stage guitarist James Burton; Eddie Hinton (who, like Putnam and Briggs, was part of the Muscle Shoals Rhythm Section) played lead guitar on Elvis’ Sept. 22 session, and Elvis plays acoustic guitar throughout the June sessions.

Graceland will be offering an exclusive double LP edition of From Elvis In Nashville, pressed on aqua/tangerine 12″ vinyl. A country classic from the album, Elvis’ rendition of “I Washed My Hands in Muddy Water,” is available now digitally.