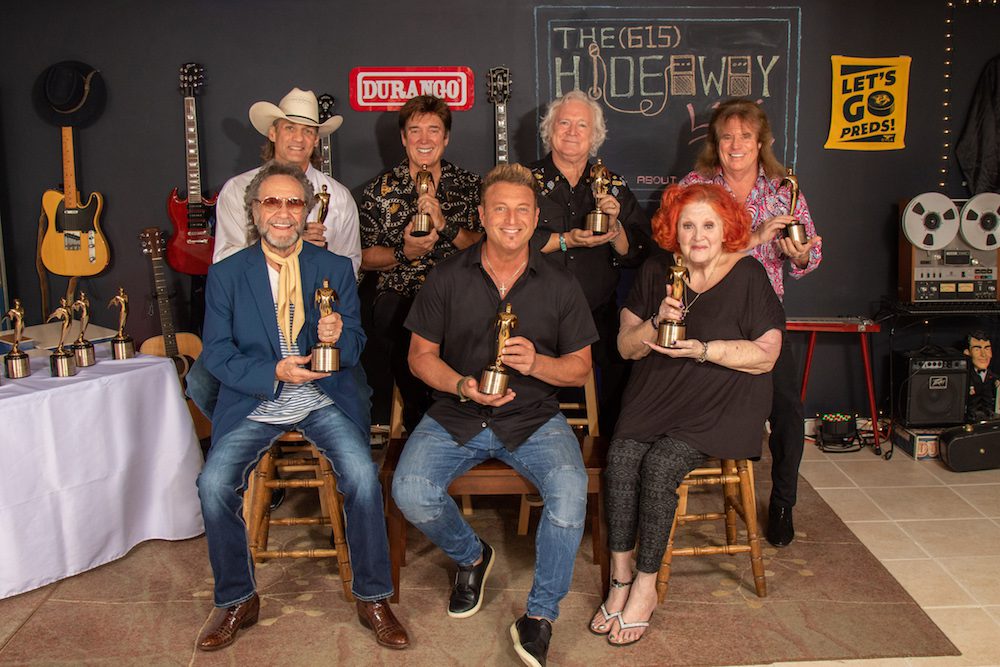 In March, shortly after quarantines began in response to the COVID-19 pandemic, T. Graham Brown began searching for a way to continue reaching fans with his music. He called upon several of his fellow artists, including Wade Hayes, Bryan White, Tim Rushlow, Ronnie McDowell, David Frizzell, Tim Atwood and Lulu Roman, to launch Hats Off To the 80s & 90s-The Music Continues.

The artists began offering acoustic performances from the 615 Hideaway Studio in Mt. Juliet, Tennessee, and their efforts have now earned the group a Telly Award, with a Bronze win for Social Media Live Event.

“Man, you know we pulled this together in like 4 days and it was a labor of love,” says T. Graham Brown, who served as the Executive Producer for the show. “I called on a few friends who didn’t feel comfortable getting out and I completely understood. I then called some others and they were like ‘Sure, as long as we are all gonna be safe about it’. I never expected anyone to really pay much attention to what we were doing, to be completely honest about it. To win an award for doing something from the heart is really a pretty cool thing.”

Founded in 1979, The Telly Awards honor excellence in local, regional and cable television commercials as well as non-broadcast video and television programming. With the recent evolution and rise of digital video (web series, VR, 360 and beyond), the Telly Awards today also reflects and celebrates this exciting new era of the moving image on and offline. The Telly Awards annually receive over 12,000 entries from all 50 states and 5 continents, showcasing the best work created within television and across video, for all screens.