Following the May 25 death of George Floyd, music companies have joined a growing grassroots movement calling for Tuesday, June 2 to be observed as “Black Out Tuesday.” Numerous companies in the music industry have joined the movement as protests have been held in many major U.S. cities, which also included Nashville, Tennessee.

A post, along with the hashtag #theshowmustbepaused, has gone viral, prompting companies to release their own statements of support on social media. As part of the campaign, companies will pause work on this day to “reconnect with our community.”

“Black Out Tuesday” has been deemed a day to unplug from normal business operations to collectively reflect on what can be done to put meaningful change into action. It’s also a day to stand in solidarity with the Black community to fight racial injustice and inequality. 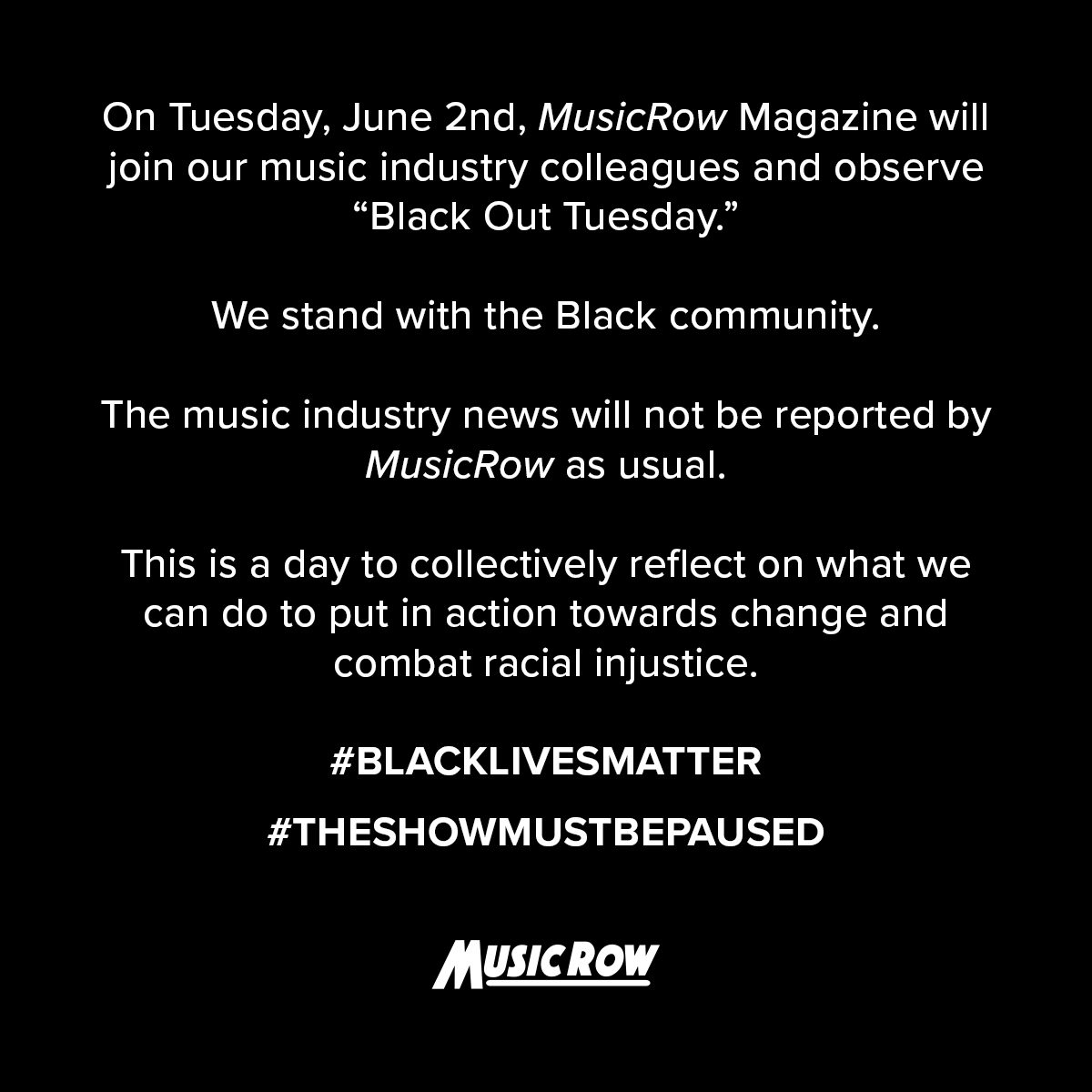 Bobby Karl Works The Room: 2018 Rising Women On The Row