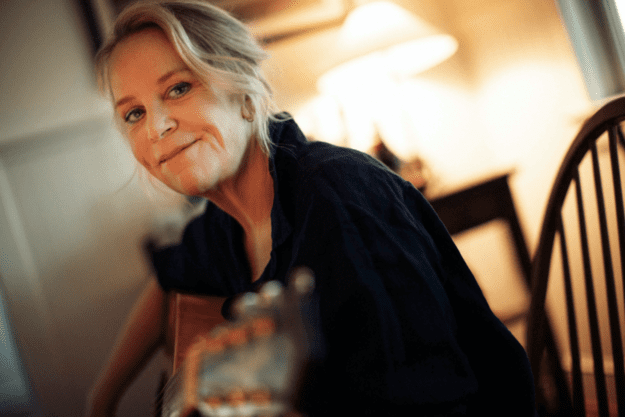 Mary Chapin Carpenter has released the title track from her upcoming new album, The Dirt And The Stars, which will be released Aug. 7 on Lambent Light Records via Thirty Tigers.

Produced by Ethan Johns and recorded entirely live at Peter Gabriel’s Real World Studios in Bath, England, the album is filled with songs penned by Carpenter at her rural Virginia farmhouse before stay-at-home orders became the new normal. She describes the songs as difficult in some ways, inspired by places of hurt but also happiness as well.

“The writer Margaret Renkl once said, ‘We are all in the process of becoming.’ That doesn’t stop at a certain age,” said Carpenter of the new project. “To be always a student of art and music and life, as she says, that, to me, is what makes life worth living. It’s certainly what makes me want to still write songs. No sugar coating, the songs are very personal and they’re difficult in some ways, and definitely come from places of pain and self-illumination, but also places of joy, discovery and the rewards of self- knowledge. They arrived from looking outward as much as inward, speaking to life changes, growing older, politics, compassion, #metoo, heartbreak, empathy, the power of memory, time and place. So, I suppose I could say there are many themes, but they all come back to that initial idea that we are all constantly ‘becoming’ through art and expression.”

Carpenter has been connecting with fans during the pandemic with her successful “Songs From Home” virtual concert series, which will continue to run throughout the summer. Filmed at her home, the performances have already been viewed over 10 million times across her socials.