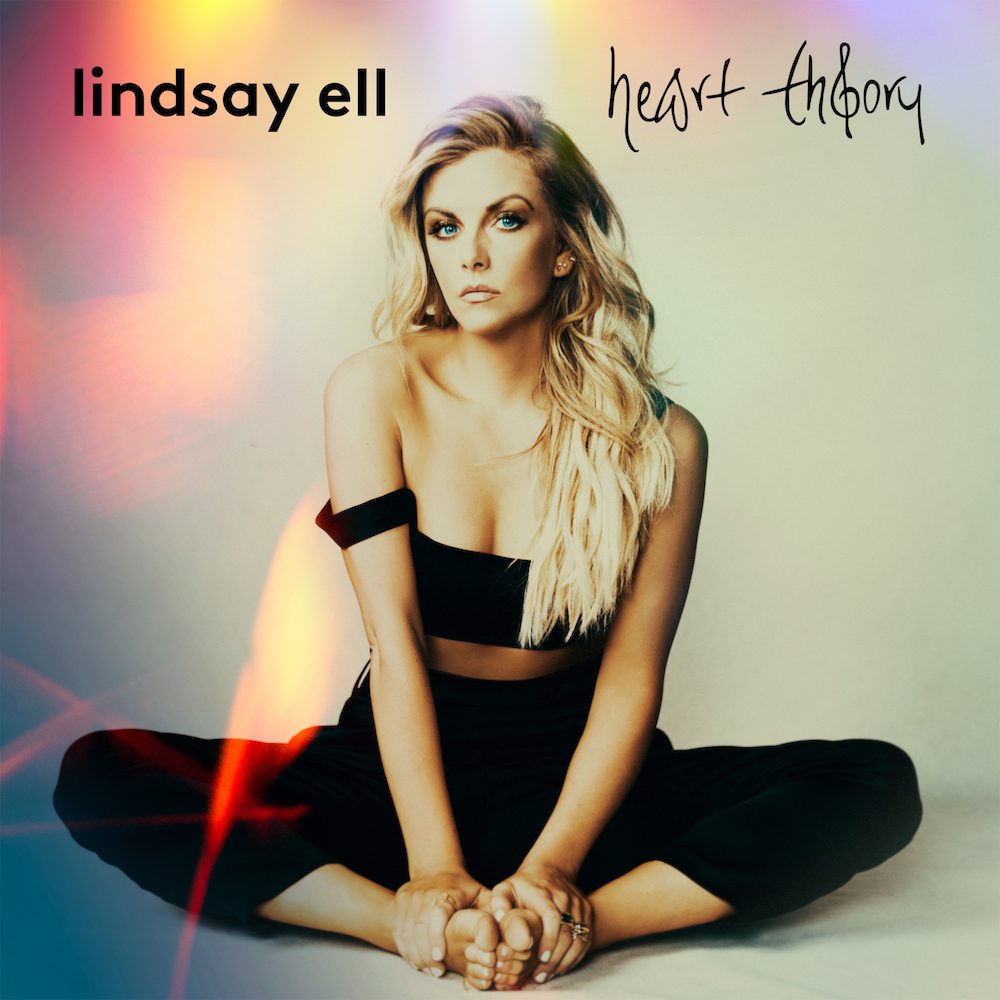 BBR Music Group/Stoney Creek artist Lindsay Ell dug deep into the seven phases of grief for her upcoming album, heart theory, out Aug. 14. The album will mark her first project of original material in three years, following her debut album The Project, and 2018’s The Continuum Project.

The album’s 12 tracks journey through a range of emotional points, including shock, denial, anger, bargaining, depression, testing, and finally, acceptance.

“I had been living my life over the past few years and experiencing things and reflecting on past relationships,” she said during recent media event to preview the new project. “I was just writing songs and processing all of those steps. It was about halfway through that—I’m a nerd about many things in life, but I am nerd about therapy and the seven stages of grief and people like Brené Brown. About halfway through of writing the record I was like, ‘I’m writing this in the order of what I’m going through and as I’m going through each stage of this, I’m writing a record in the same order.’ So I decided from track 1 to track 12 that I was going to share my story with fans…and bring them into my journey.”

She collaborated with songwriters including Kane Brown, Brandy Clark, Florida Georgia Line’s Tyler Hubbard, Neil Medley, Laura Veltz, Jessie Jo Dillon and more on the project.
“Hits me,” the first track from the album, is a co-write with Corey Crowder and Hubbard.

“He was one of the first writers I got to write with. Tyler’s such a great writer. I always knew him as just a friend in the industry, but I had never really seen him as a songwriter before. But we had a great time writing that song. I got to write a couple of songs with Brandy Clark on this album. Brandy has been a friend of mine for a long time. We toured the world together last year—we played shows in Australia and New Zealand and Japan.”

One of the songs Ell co-wrote with Clark, “make you,” will release in July on Global Forgiveness Day. “It talks about my story when I was a little girl and I feel like sometimes we need to go through things to find out who we are.”

Ell was deep into the album-making process with producer Dann Huff when shutdowns and stay-at-home orders began happening due to the COVID-19 pandemic in early March, necessitating that the remainder of the album be made remotely.

“[Dann’s] was always a name that I would write on my vision board and one day want to work with. He’s obviously an incredible producer but also one of the best guitar players on the planet. He played on Michael Jackson records, so we we did the record with him, I was so nervous for my first guitar session with Dann. I was like, ‘He’s played on Michael Jackson records and I need to go play guitar in front of this man?’ But he is such a beautiful human and so down-to-earth—no ego whatsoever. I walked into that session shaking and I walked out of that session like, ‘We are going to make the best record ever! I’m going to play the best guitar solos I’ve ever played in my life!’ It’s magical the way he produces and makes records.”

They had their final band session the day before Nashville began to quarantine. “I had a lot of vocal and guitar files that I had to finish for the whole record. I’ve been quarantined in this house for the past 97 days…but we wanted to be super safe, so we finished remotely.” She finished recording vocals for her record from her home, and would collaborate with Huff on guitar parts over FaceTime. “It was crazy to truly finish this from a distance, but it was cool and a blessing of how technology can add a silver lining to life sometimes.”

On July 1, Ell will join BBR Music Group labelmate Jimmie Allen as a co-host on the CMA Summer Stay-Cay special. She also recently earned her first No. 1 country radio hit with the Brantley Gilbert duet “What Happens In A Small Town,” and is nominated for two ACM awards in September, including New Female Artist of the Year & Vocal Event of the Year.

See the full track listing for heart theory below: