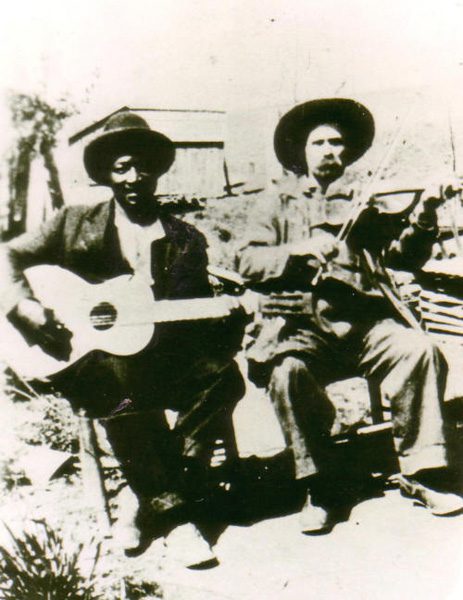 The International Bluegrass Music Association Foundation has established a new fund, the Arnold Shultz Fund, to support activities increasing participation of people of color in bluegrass music. Shultz (1886–1931) was an African American musician from western Kentucky who had a profound influence on Bill Monroe’s music and the development of bluegrass.

To help build awareness and support for the Arnold Shultz Fund, a group of Denver bluegrass musicians has organized a fundraising concert on June 26. The Denver Bluegrass Allstars, featuring Andy Hall and Chris Pandolfi (the Infamous Stringdusters), Paul Hoffman (Greensky Bluegrass), Greg Garrison (Leftover Salmon), and flatpicking champion Tyler Grant will perform at 7 p.m. MT, with a free livestream from Denver’s Mighty Fine Productions. Viewers are encouraged to make contributions, with a portion of the proceeds to be donated to the Arnold Shultz Fund. The livestream will be available exclusively through nugs.net. Donation info is here.

The IBMA Foundation is in the process of appointing an advisory committee to make decisions about how funds donated to the Arnold Shultz Fund may best be used, for possible scholarships, awards, or projects. Richard S. Brown, DMD, a nationally known mandolinist in the Bill Monroe style, as well as a member of the IBMA Foundation’s board of directors, will co-chair the advisory committee with noted bluegrass historian, author, banjoist, and Bluegrass Hall of Fame member, Neil V. Rosenberg.

The idea for the fund grew out of a recent online conversation among alumni of IBMA’s Leadership Bluegrass program. In only a week, before it had been formally announced, word of mouth spread awareness of the Arnold Shultz Fund internationally, generating considerable enthusiasm and $1,400 in donations.

In 2017, Grand Ole Opry member Rhiannon Giddens, in a keynote address at World of Bluegrass in Raleigh, challenged the bluegrass music community to “tear down those artificial divisions and let bluegrass and string band music be the welcoming place that it has, and can be, and, in more and more places.”

“Of course I think the Arnold Shultz Fund is a great idea,” Dr. Brown said. “Arnold Shultz is long overdue for recognition because of his influence on bluegrass music. Arnold played with Bill Monroe’s fiddling uncle Pen Vandiver as a guitarist. Shultz was also a sought-after fiddler and later hired Bill to play guitar for him at dances. Bill Monroe told me about Arnold Shultz and their dance gigs more than 50 years ago, when I was in my twenties. The stories would always end with Bill saying, ‘Now, isn’t that something?’ Yes, it’s time to take Arnold Shultz, one of our hidden legends, out of obscurity and into the mainstream.”