Lee Ann Womack guests on “Everybody Out To Treat A Stranger Right,” while The Fairfield Four are featured on “Rock My Soul.” Rodney Atkins guests on “Working on a Building.”
“This product is the result of work done by wonderful people who love Fisk University and Fisk Jubilee Singers®,” shares the album’s Musical Director, and Musical Director of the Fisk Jubilee Singers®, Dr. Paul Kwami. “It was a great honor for me to collaborate with all of them, especially with Shannon Sanders. The beauty of the compilation lies in the variety and high quality of music, which will forever celebrate Fisk University!”

Sanders also shares on the project, “Having grown up in Nashville, I know how important the Fisk Jubilee Singers® are to the fabric of the Nashville Culture, especially Nashville’s Black Community. I consider it an honor to be able to work alongside Musical Director Dr. Kwami on this monumental project, especially as he carries forth the torch of the Fisk Jubilee Singers® so well. I’m also excited to work with the Curb Records team in the creation of this project, and for making it available for the world to hear.” 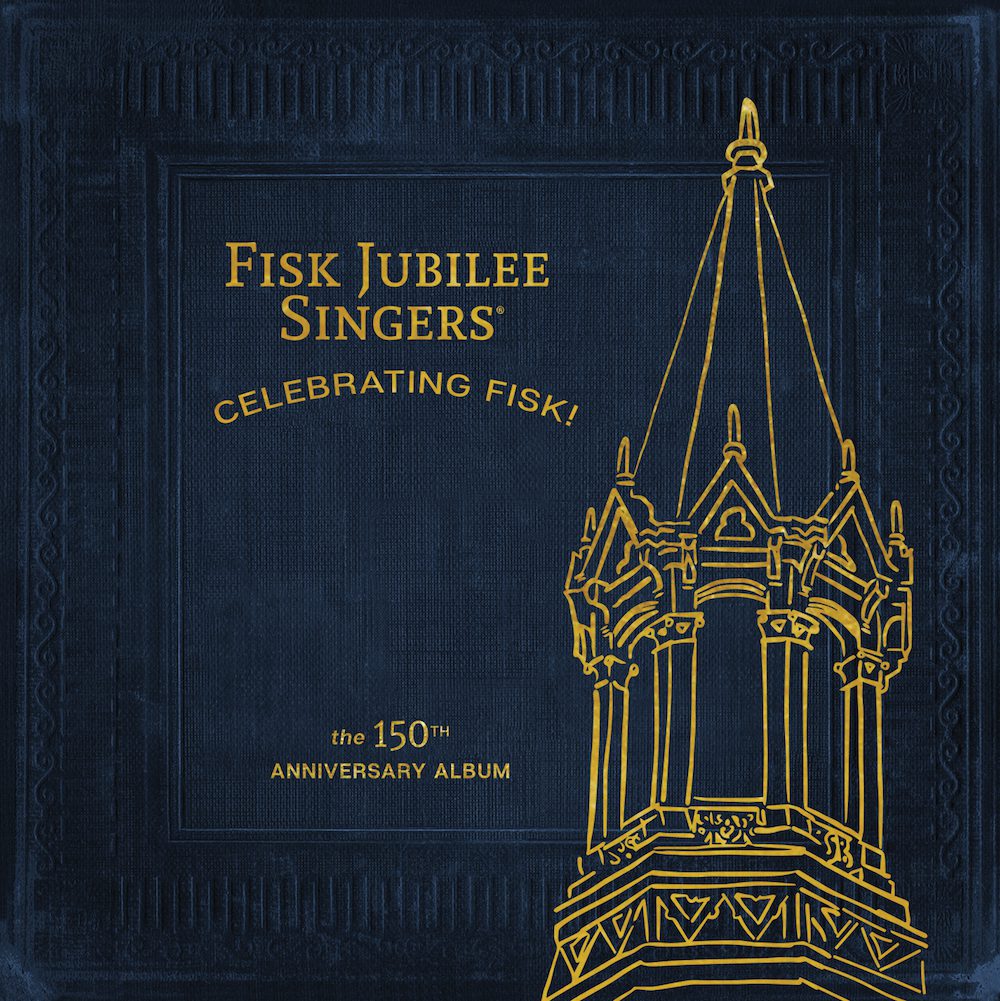 Fisk University was founded in 1866, with the Fisk Jubilee Singers forming in 1871. The group became known not only for its musical talent but for introducing spirituals to the world and preserving this American musical tradition. In 1896, the group performed at the Ryman Auditorium (then called the Union Gospel Tabernacle), just four years after the first concerts were held in the building. In 2000, the group was inducted into the Gospel Music Hall of Fame. In 2002, the Library of Congress honored their 1909 recording of “Swing Low, Sweet Chariot” by including it in the U.S. National Recording Registry. The group was awarded a National Medal of Arts in 2008. In 2009, they were nominated for Best Gospel Performance for “I Believe.”

Fisk University is ranked No. 6 on the Top 10 Historically Black Colleges and Universities (HBCU) in the 2019 U.S. News & World Report. Fisk is also ranked No. 1 in the nation among HBCUs for social mobility and No. 3 in the nation for research expenditures among small liberal arts colleges.

The track listing for Celebrating Fisk! (The 150th Anniversary Album) follows:
Wade In The Water
Blessed Assurance (feat. CeCe Winans)
I Believe (feat. Keb’ Mo’)
Everybody Ought To Treat A Stranger Right (feat. Lee Ann Womack)
Rock My Soul (feat. The Fairfield Four)
I Want Jesus To Walk With Me (feat. Ruby Amanfu)
When The Saints Go Marching In (feat. Rod McGaha)
‘Way Over In Egypt Land
Glory / Stranger (feat. Derek Minor & Shannon Sanders)
Working On A Building (feat. Rodney Atkins)
My Lord Is So High
I Saw The Light (feat. Jimmy Hall)