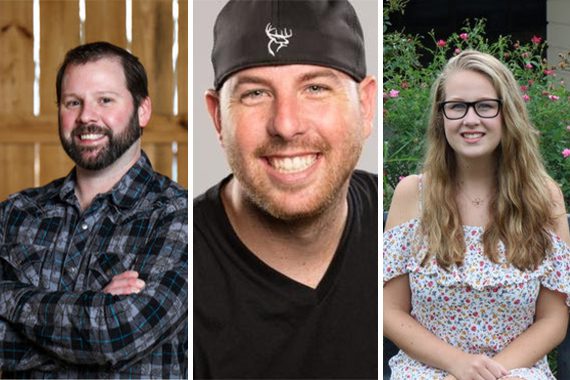 Additionally, Justin Mayotte has joined as Director, Social Content and Videography, and Jessica Korver has joined as Social Media Coordinator.

“To keep the momentum of the label’s vision, we are strengthening our team with the addition of Seth, Justin, and Jessica to the CMG family,” states Rusty Harmon, Partner at Copperline Music Group.

“Being a part of this talented team of music business professionals is thrilling,” says Necessary. “Putting our artists in a position to succeed, through diverse but comprehensive avenues and aggressive efforts, is the hallmark of Copperline’s vision. I am proud to have the opportunity to lead that charge at radio.”

Necessary has had nearly 20 years of experience in country radio promotions. His career began in syndication at Huntsman Entertainment, directing such efforts as Country HitMakers and Christmas on Music Row, the Live From Nashville! radio remote during CMA Awards week, and various album premiere projects. Following this, he ascended to the position of Director of Country Broadcasting at Impact Radio Networks, leading the clearance of various programs and album projects, independent record promotion to the Texas/Red Dirt scene, and satellite radio tours for key artists within the country format. He became one of the top promoters in the Texas/Red Dirt scene for over nine years. He was most recently the Director of Promotions, Midwest/Texas for Riser House Entertainment in Nashville. He is based out of Hallsville, Texas, where he resides with his wife Brittney and two children, ten-year-old Wesley and one-year-old Vivian.