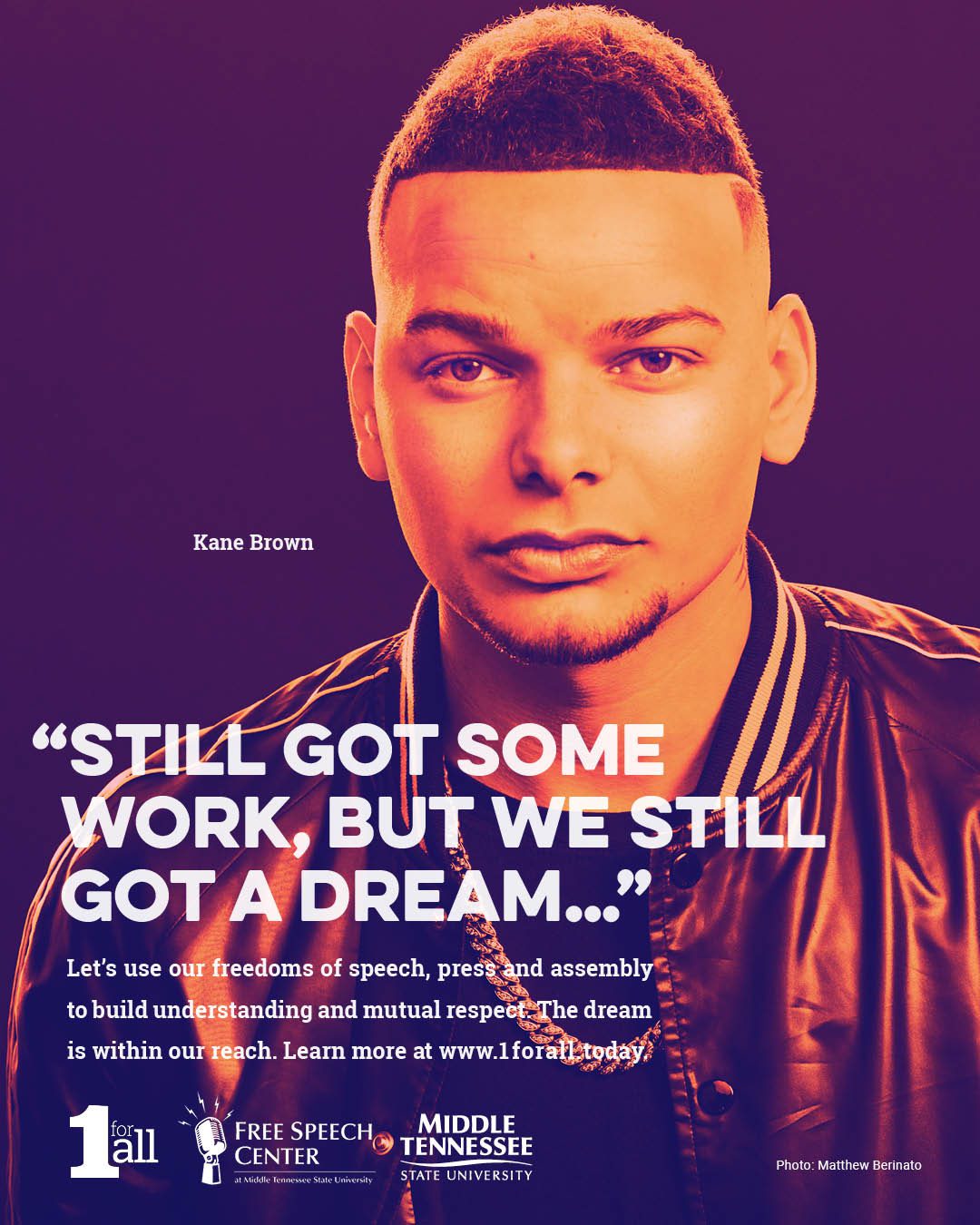 “Over the past few weeks, we’ve seen the First Amendment in action on the streets of America,” said Ken Paulson, director of the Free Speech Center in MTSU’s College of Media and Entertainment. “Citizens using their freedom of speech, right to assemble, freedom of the press, the right to petition and freedom of faith have changed America for the better. Our goal is to have Americans better understand the scope and impact of the First Amendment and never take it for granted.”

According to surveys from the Freedom Forum First Amendment Center, one-third of Americans cannot name a single freedom in the First Amendment. The 1 For All campaign aims to help the public learn more about First Amendment freedoms, as well as how to help preserve those freedoms.

“My free speech showed up in songs like ‘The Pill’ and ‘You Ain’t Woman Enough (To Take My Man).’ I always say — and sing — exactly what I mean,” says the text for Lynn’s poster contribution to the campaign.

“We’ve still got some work, but we still got a dream,” Brown says, incorporating lyrics from his hit song “Worldwide Beautiful,” and adding, “Let’s use our freedoms of speech, press and assembly to build understanding and mutual respect. The dream is within our reach.”

“We’re grateful to the artists and authors who support the campaign,” Paulson said. “They’re critical to ensuring that a new generation takes notice. We’re marketing the First Amendment to young citizens who can make history using its freedoms. The 1 for All campaign is nonpartisan and apolitical. Our only positions are that the First Amendment’s five freedoms are at the heart of a great nation and that every American needs to better understand and respect these core liberties.”

The Free Speech Center at MTSU was launched in August 2019. 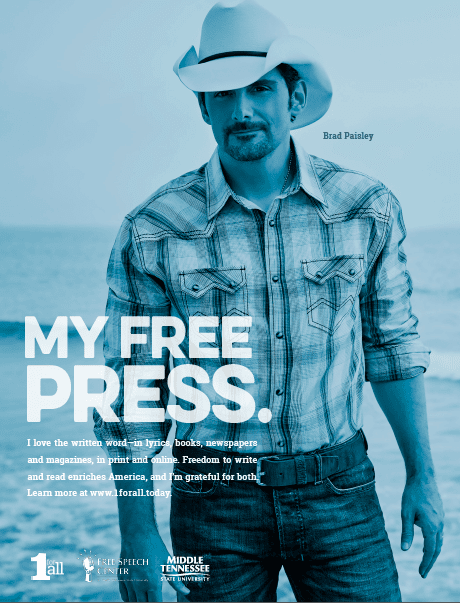