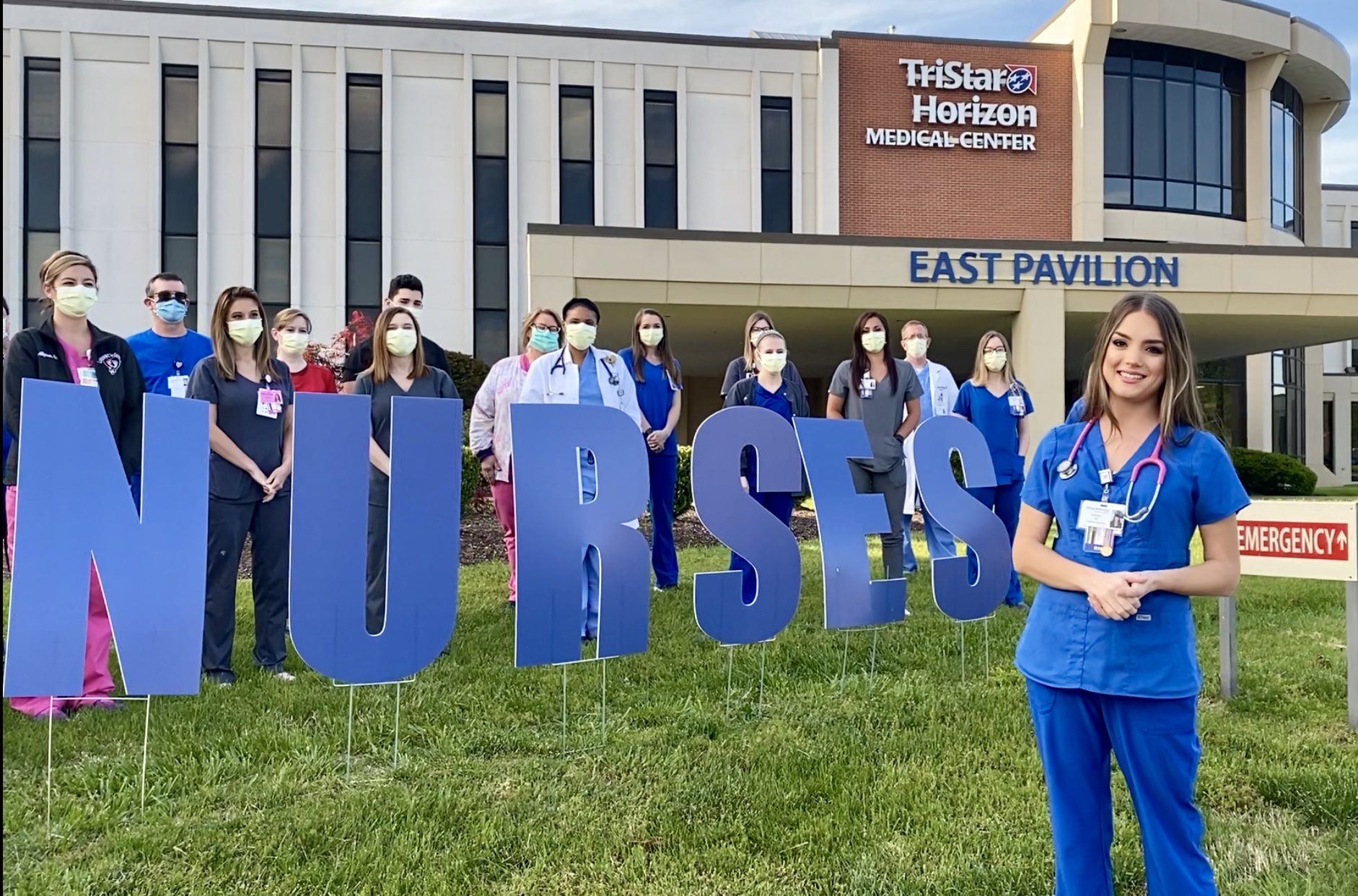 Nurse and entertainer Lauren Mascitti with her fellow healthcare workers.

Nashville-based HCA Healthcare is thanking their healthcare heroes in over 186 hospitals with a virtual concert tonight (May 29) put on by some of music’s biggest names, including Brad Paisley, Shania Twain, Jay DeMarcus of Rascal Flatts, Lauren Alaina, Blanco Brown, Amy Grant, Lindsay Ell, and more, including one of HCA’s own nurses, Lauren Mascitti.

Mascitti was a contestant on season 18 of American Idol and performed her new single for the show at work, still in her scrubs, while her fellow artists taped their performances at home. She sang her original song “God Made a Woman,” which was inspired by her “Nana” and being raised by her grandparents.

The first-of-its-kind event will take place during shift change this Friday May 29 at 7 p.m. The audience will include over 90,000 nurses, 47,000 doctors, 280,000 HCA employees, as well as any patient who turns on their hospital TV. It will also be run on every hospital TV and elevator at all of the 186 HCA Healthcare medical facilities locations.