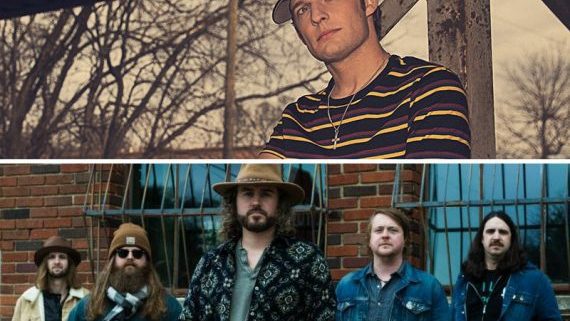 We have everything from bona fide Country Music Hall of Fame members to the newest of baby acts. Ronnie Milsap, Dolly Parton and Reba McEntire are here to remind us of what great country music sounds like. Maddie & Tae, Tenille Townes and Sam Grow are on board with strong bids for future stardom.

The Disc of the Day belongs to Tucker Beathard. It sounds like a career breakthrough to me.

Our DisCovery Award winners are The Vegabonds. I see that this is not their first record, so where has this awesome band been all my life? And will somebody please pick these guys up for a major-label shot?

DAVE ERNST/Superstar
Writers: none listed; Producer: none listed; Publisher: none listed; Eastwood
– This Louisville alt-country fellow has a new CD titled Hickory Switch. This track finds him emoting over a garage-y rock backing track featuring organ, guitar and crashing percussion. He doesn’t have the pipes for mainstream country appeal, but brims with conviction.

STELLA PARTON/Dirty Rotten Dog
Writers: Stella Parton; Producer: Stella Parton; Publisher: none listed; SP
– The track could use a little bass. But the humorous, sarcastic ditty is catchy, her slide-guitar work is dandy and her stacked vocals in the fade are an audio delight. Worth some spins.

THE VEGABONDS/Best I Can
Writers: none listed; Producer: Tom Tapley; Publisher: none
-Love it, love it, love it. This has all the pulse-quickening snap, crackle and pop you could want of a country rocker. The band has the heat cranked up to “10,” and the blue-collar, working-musician lyric blazes like an bonfire. I turned it up and howled. Here’s to all the “poor boys doin’ the best they can.”

TENILLE TOWNES/White Horse
Writers: Tenille Townes/Daniel Tashian/Jeremy Spillman; Producer: Jay Joyce; Publishers: noen listed; Columbia
– I dig this artist. Her feisty voice sounds like no one else. This hand clapper has slammin’ beats, a chorus with big hooks and a layered track, as well as her personality-packed vocal performance.

TUCKER BEATHARD/Better Than Me
Writers: Tucker Beathard/Dan Isbell/Jonathan Singleton; Producer: Tucker Beathard; Publishers: none listed; Warner Bros.
– His best yet. Tucker is singing his face off here, especially on that airborne chorus. The track rolls with admirable forward momentum as he sings of a breakup where she’s doing better than he is. Played it twice, and can’t wait to hear it on the radio. By the way, that’s him on lead guitar and drums, as well as vocals.

REBA McENTIRE/Stronger Than The Truth
Writers: Hannah Louise Blaylock/Autumn McEntire; Producers: Buddy Cannon/Reba McEntire; Publishers:Big Deal Beats / Fouche River Publishing (BMI)/ Catch This Music / Autumn McEntire Songs (ASCAP); Big Machine
– Praise be, there’s still an artist in this format who believes in telling a story, feeling some pain and cherishing real song craftsmanship. This Hall of Famer proves she remains way out in front of the youngsters when it comes to taking a heartbreak lyric straight into your heart. Great song. Great performance.

THE HIGH PLAINS DRIFTERS/Virginia
Writers: none listed; Producers: Greg Cohen/Charles Czarnecki; Publishers: none listed; HPD
– The song is okay, in a simplistic-melody kinda way. The lounge-y lead vocal is way too pop for me.