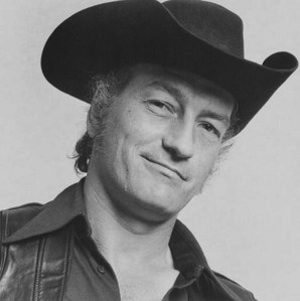 The life of Canadian country superstar Stompin’ Tom Connors was celebrated at a memorial service last week in Peterborough, Ontario.
On Wednesday, March 13, politicians, musicians and fans gathered to deliver eulogies and sing the songs of the singer-songwriter who was noted for his uncompromising style, iconoclastic beliefs and sturdy individualism. His casket was covered with the Canada’s maple-leaf flag and topped by his trademark black Stetson hat.
Connors was fiercely proud to be Canadian. He wrote story songs with themes about his homeland and decried fellow artists who aimed for stardom in the U.S.
Raised in poverty in New Brunswick, he hitchhiked across Canada at age 15. He broke into show business on the radio in the mining city of Timmins, Ontario, later the hometown of Shania Twain. He acquired his nickname while performing in Peterborough due to his habit of stamping his boot heel so forcefully that he damaged stage floors.
His best-known songs included “Bud the Spud,” “Sudbury Saturday Night,” “The Black Donnellys,” “Up Canada Way” and “The Martin Harwell Story.” His “The Hockey Song” of 1973 was played at all NHL games for many years.
In the 1970s, he had a national TV show titled Stompin’ Tom’s Canada on the CBC network. He formed his own record labels to promote not only his own works but those of other Canadian artists.
In protest of Canada’s broadcasters promoting non-Canadian artists, Connors quit recording in 1978. He resumed his career 10 years later.
Named Top Male Country Artist at the Juno Awards in 1971-75 and an Album of the Year winner in 1974, he returned all six of his trophies, stating that they should be given to “border jumpers.” He later told the CBC to “shove it” following a dispute about starring in a national TV special. In 1993, he declined induction into the Canadian Country Music Hall of Fame.
In 1996, he published Stompin’ Tom: Before the Fame as his best-selling autobiography. In 2002, he was presented with honorary doctorate degrees by two universities. In 2009, he was pictured on a Canadian postage stamp and given a SOCAN lifetime achievement award.
Stompin’ Tom Connors was reportedly a heavy drinker who smoked more than 100 cigarettes a day. He died at age 77 on March 6 of renal failure after stubbornly refusing medical treatment. He planned his own memorial service. On the day of his death he issued a message to his fellow Canadians to “keep the Maple Leaf flying high.”
He is survived by his wife Lena, four children and several grandchildren.