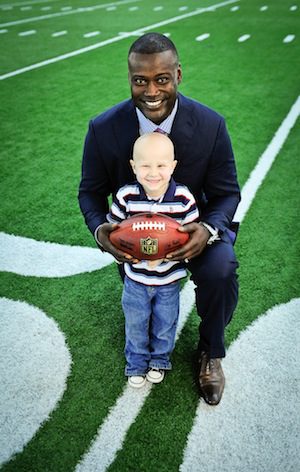 NFL Hall of Fame legend Richard Dent, Vikings’ Jared Allen, Green Bay’s A.J. Hawk, Titans new safety George Wilson, John Rich, Darius Rucker, Kix Brooks, Jana Kramer and Chip Esten, who plays Deacon on ABC’s hit show Nashville, have all signed on to participate in the 12th annual Kevin Carter’s “Waiting For Wishes.”
Hosted by former Titan (and now ESPNU Sports Analyst) Kevin Carter and Rascal Flatts’ Jay DeMarcus, the 12th Annual Kevin Carter’s “Waiting For Wishes” will be held April 2 at The Palm in Nashville. The event benefits The Kevin Carter Foundation and The Make-A-Wish Middle Tennessee. The event has raised over $1.4 million since its inception in 2002.
The event, sponsored by HCA TriStar, Grand Avenue and Nashville Lifestyles magazine, has also added an official After Party, “Jam with Jay DeMarcus and Friends,” at Honky Tonk Central for patrons and a few guests who are not able to attend the dinner. Tickets to the dinner are $500 per person with only a handful left. Contact Paige Dixon at The Palm at 615-742-3193. Tickets for the after party, Jam with Jay DeMarcus & Friends, are $85 and sold separately at www.waitingforwishes.com.
Other event sponsors include The Palm, Nashville Downtown Hilton, Honky Tonk Central, Horizon, Lipman and Tito’s Vodka. 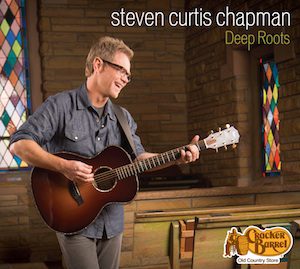 Steven Curtis Chapman delves into some of his favorite hymns and fan-favorite hits on a new CD released exclusively through Cracker Barrel Old Country Store®. Deep Roots, a 12-track collection, was recorded in Chapman’s hometown of Lexington, Ky. and features guests vocals from his father, Herb Chapman Sr., brother Herb Chapman Jr., son Caleb Chapman and daughter-in-law Jillian Edwards Chapman. Bluegrass legend Ricky Skaggs also contributed his musical talents to the song “What A Friend We Have In Jesus.” Deep Roots can be purchased in all Cracker Barrel Old Country Store® locations, as well as crackerbarrel.com, iTunes and Amazon.
Chapman has earned 57 Dove Awards and numerous No. 1 hits on Christian radio. “Not only does Chapman’s highly-recognized talent and devotion to making a positive impact make for a wonderful partnership with Cracker Barrel, but the music he’s been able to produce sounds outstanding and makes for a fantastic collection of songs we hope folks will enjoy,” says Cracker Barrel Marketing Manager Julie Craig.
“I’m so honored to have three generations of Chapmans and my ‘bluegrass big brother,’ Ricky Skaggs sing along with me on this recording,” says Chapman. “I had the privilege of playing music with some of the best ‘pickers’ in the world while making the record I’ve always wanted to make, thanks to a collaboration with my friends at Cracker Barrel and plenty of biscuits on hand. As folks listen, I hope they will be inspired by the messages in each song.”
Track Listing for Deep Roots: 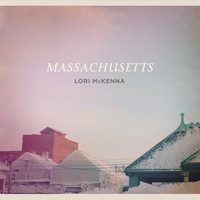 Lori McKenna’s sixth full-length studio album will be released April 23. She’ll celebrate the release of Massachusetts with a concert at Nashville’s Third & Lindsley, April 12, at 7 p.m.
Produced by Mark Erelli, the album was recorded live at Middleville, a barn studio in North Reading, Massachusetts. McKenna explains that the songs “reflect the darkness and light of an average life.” She says “Salt” and “Shake” explore the darker sides, while the light shines brighter in “Love Can Put It Back Together.” The latter track was written with Mike Viola for the vacant Stoughton Theatre in their hometown Stoughton, Massachusetts.
McKenna collaborated with Troy Verges and Barry Dean on other songs. “Susanna” is a prayer for a widower written with Verges, and “Shouting” was written with Dean.
Among the older songs on the album is “How Romantic Is That,” which McKenna has performed at every concert since she wrote it in 2007. She describes it as “a flat out celebration of math-homework, minivans and high-school love that has aged itself into old love. It is the story of my life really.”

Nashville Songwriters Association International (NSAI) and Country Music Television (CMT) have presented “October,” written by Bill Diluigi, the Grand Prize in the 13th Annual NSAI Song Contest presented by CMT. After more than 2,000 total entries a panel of music industry professionals chose Diluigi’s song to claim the contest’s top prize, a mentoring session with the legendary Lionel Richie. Other prizes include a meeting with a major Nashville music publisher as well as a Gibson acoustic guitar.
As part of the NSAI Grand prize package, Diluigi will be performing the Grand Prize-winning song at this year’s Tin Pan South Songwriters Festival. His live performance of “October” can be heard at the Station Inn on Saturday, April 6, on a Tin Pan South show that featuring Diluigi, Melissa Bollea, Amber Hayes and Joshua Scott Jones.
The CMT Listeners’ Choice Award in this year’s contest went to “Gardener in the Graveyard,” composed by Cassidy Alexander, Judd Fuller and Dana Radford. Over 110,000 online votes were cast and 36 percent chose “Gardener in the Graveyard” over the other nine finalists. Alexander also wins a number of prizes for her entry.

BMG Chrysalis hosted and co-sponsored (along with the Guild of Music Supervisors) a private performance from LeAnn Rimes on March 5 in their Los Angeles office performance space. Rimes’ performance featured selections from her forthcoming album, Spitfire, to an intimate, industry crowd. Darrell Brown (co-writer and producer on the upcoming album) was on hand to present Rimes and also accompany her performance (along with co-writer/guitarist David Baerwald and guitarist Waddy Wachtel). The album is slated to release this spring. 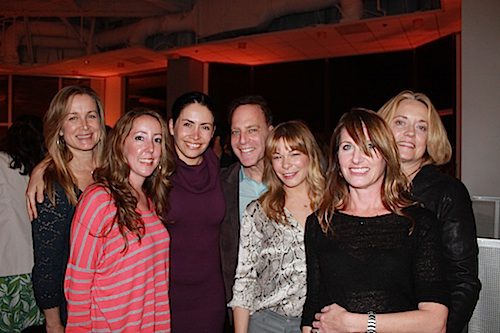 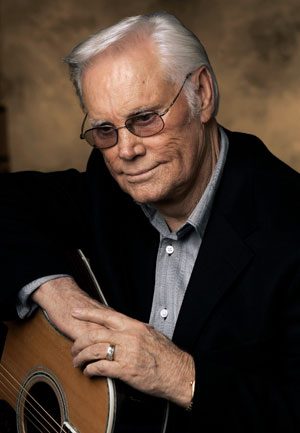 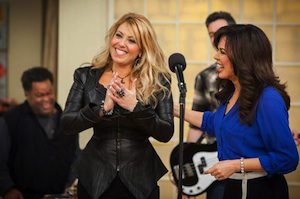 Lisa Matassa makes her national television debut on the Hallmark Channel’s Marie show March 13 at 12 noon ET /11 a.m. CT. Matassa and her band will perform her current single, “Somebody’s Baby,” and Lisa and Marie chat about the “adventures” involved in mixing a music career with motherhood.
“Marie is absolutely charming, gorgeous and gracious in person,” notes Matassa. “I have been a fan of the show since it started last year and am so excited that I was invited to be on. Marie is undoubtedly an entertainment icon, but she is also an amazing woman.” 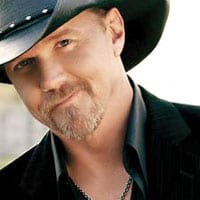 This year’s CMA Music Festival will feature the new AT&T U-verse® Fan Fair X (FFX), complete with autograph signings, concerts, lifestyle exhibits, marketplace, live broadcasts, demonstrations and more in the new Music City Center. CMA Music Festival will be held June 6-9 in Nashville.
Lady Antebellum will kick off the week with “Lady A Day at FFX.” The trio group will cut the ribbon when the doors officially open to the FFX on June 6. From the new Fan Fair X, Lady Antebellum will perform, sign autographs in their custom “backstage” booth @ClubLabellum, answer questions from fans in an interview segment called “CMA Close Up,” and is launching their PING PONG & SONGS event to include the thousands of fans in town for the Festival. Fanscan also register at FFX for a private meet and greet with the group at LP Field on Friday, June 7.
“I’m looking forward to being in the new Music City Center,” said Lady A’s Hillary Scott. “We’re really excited to be given the opportunity to merge our PING PONG & SONGS event with Music Fest and this new fan experience CMA is creating. Now that fans from all over the country will be able to play ping pong against us, Charles and Dave are going to have to brush up on their skills! All the money we raise at our booth will go to LadyAID – it’s going to be so fun for us and for the fans!”
“The relationship between our artists and the fans is at the very heart of what this event was founded on, and we continue to embrace that legacy with Fan Fair X,” said CMA Chief Executive Officer Steve Moore. “By moving to the Music City Center, we are able to provide more opportunities and activities to enhance this treasured experience for the fans.” 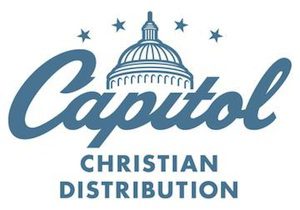 “We are excited to introduce these changes today as we reveal the new name, logo and updated website,” shares Greg Bays, Sr. VP of Sales and Marketing for Capitol Christian Distribution. “Over the years we’ve been known by different names, but we are still the same team committed to deliver market leading services for our retailers and distribution partners. While we are unveiling a new name, our vision and mission remains unchanged – to impact the culture and resource the Church.”
Capitol Christian Distribution was the No.1 Billboard Top Christian Distributor for the 15th time in the past 17 years. In 2012, they distributed four Top 10 Billboard 200 chart debuts, including TobyMac’s Eye On It, the first Christian project in 15 years to top the Billboard 200. They followed that in 2013 with the release of Chris Tomlin’s Burning Lights, which also topped the Billboard 200. Additional top-sellers this year include Colton Dixon’s A Messenger, and yet another No. 1 Billboard Christian album debut for Jeremy Camp with his newest release Reckless.
For more information, visit http://www.capitolchristiandistribution.com.
https://musicrow.com/wp-content/uploads/2013/03/capitol-Christian-distribution1.jpg 210 300 Jessica Nicholson https://musicrow.com/wp-content/uploads/2019/03/MusicRow-header-logo-Mar19B.png Jessica Nicholson2013-03-11 14:46:392013-03-11 14:46:39EMI CMG Distribution Re-Brands 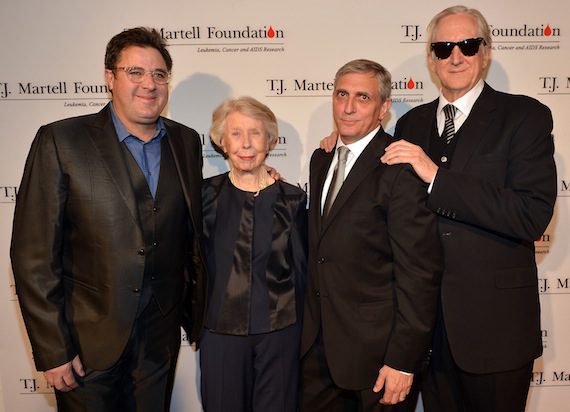 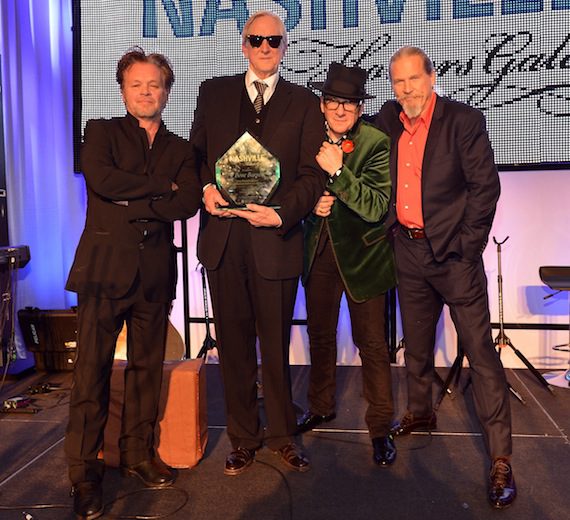 Singer/songwriter Danika Portz from Remsen, Iowa has signed with Grin Like A Dog Songs in partnership with Green Hills Music Group for music publishing and career development. “I am thrilled to be working with Danika – she’s a unique artist with passion, intelligence and vision,” said Steve Mitchell, President of Grin Like A Dog Songs.  “Plus she is such a joy to work with,” adds Woody Bomar, President of Green Hills Music Group. Said Portz, “I am so excited and blessed to have found such a wonderful team.”
Green Hills Music Group was founded in 2007 and has recordings by Hunter Hayes, Rascal Flatts, George Strait, Jake Owen, Bucky Covington and Luke Bryan.
Grin Like A Dog Songs publishes songs recorded by Joe Nichols, Kassie DePaiva of ABC’s One Life to Live, Canadian artist Sean Hogan and Christian artist Suzzette Michaels. 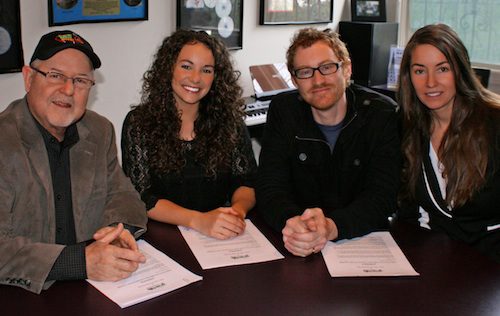 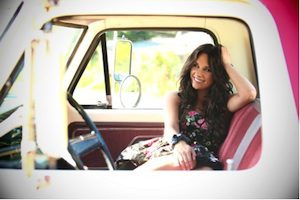 A-OK/GMV Nashville artist Amber Hayes has entered into an exclusive booking agreement with Nashville-based talent agency and marketing firm, Conway Entertainment Group.
“I first met Amber when she was performing with the Conway Twitty Musical in 2008. I’ve always been impressed by her talent and am excited about working with her and the opportunities ahead,” said Conway Entertainment Group President, Tony Conway.
To book Hayes or learn more about Conway Entertainment Group, contact 615-724-1818 or visit http://www.conwayent.com.
• • •
Greg Barnhill has inked a worldwide publishing deal with SB21 Music Publishing. Barnhill joins Steve Pasch, Kris Bergsnes, Brian White, Phil Roselle, Jayce Hein, Mike Sprinkle, and artist -writers Thomas Tillman and Jacob Martin on the SB21 roster.
Songs penned by Barnhill include “Walkaway Joe” (Trisha Yearwood and Don Henley), “House of Love” (Amy Grant and Vince Gill), “It Ain’t The Whiskey” (Gary Allan), and numerous others. He penned “It’s A New Day” for The Today Show, “A Lot Happens Early” for CBS’ The Early Morning Show, “Be There,” the theme for NASCAR, the Today Show theme “Your Day Is Today,” and other works for Tennessee Titans, Nashville Predators, Atlanta Braves, The View, Growing Pains, Baywatch, Crown Royal, among others. 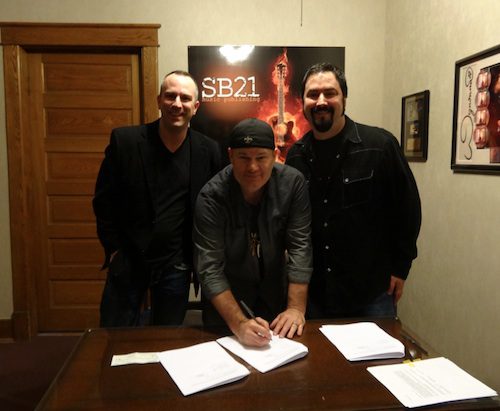 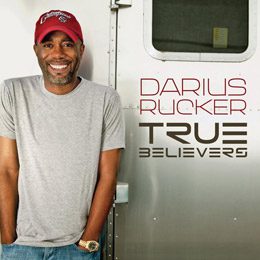 The Academy of Country Music announced today (March 11) that Darius Rucker will host the ACM Lifting Lives® Celebrity Golf Classic at TPC Las Vegas for the second consecutive year on Saturday, April 6, 2013. The tournament is part of “The Week Vegas Goes Country®,” leading up to the 48th Annual ACM Awards, to be broadcast live from the MGM Grand Garden Arena on Sunday, April 7, 2013 at 8:00 PM live ET/delayed PT on the CBS Television Network.
The ACM Lifting Lives® Celebrity Golf Classic—the seventh held since 2004—brings together country music artists, record label executives and other members of the music community in a star-studded scramble tournament to raise funds and awareness for ACM Lifting Lives’ Diane Holcomb Emergency Relief Fund, which provides immediate relief to those in need in the music industry.
Rucker, an avid golfer, has been very involved with ACM Lifting Lives. He performed the original song “Music From the Heart” with campers from the ACM Lifting Lives Music Camp on the 2011 ACM Awards to raise awareness about those with developmental disabilities. Rucker also penned the song “Together, Anything is Possible” to raise money for the PGA’s charitable initiatives.
Rucker’s next album, True Believers, will be released this spring with a tour to follow.