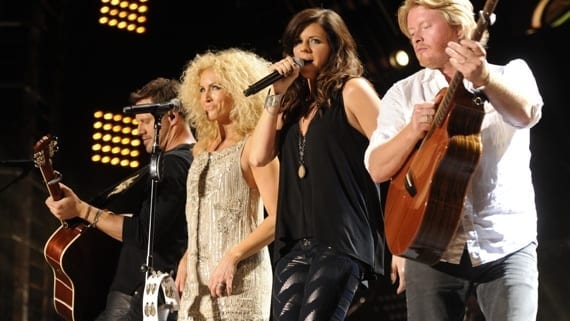 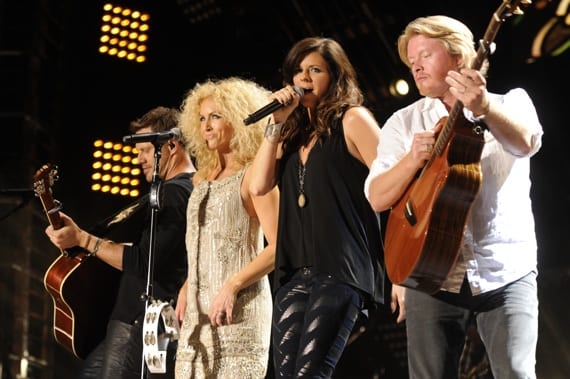 After earning their first No. 1 with one of the biggest hits of the summer in 2012, “Pontoon,” and picking up their first CMA awards for Vocal Group of the Year and Single of the Year (“Pontoon”), Little Big Town kicked their touring schedule up another notch with The Tornado Tour. The outing visited Knoxville, Tenn. on Saturday (Feb. 23) at the Historic Tennessee Theater, which opened in 1928.
Show opener Kacey Musgraves proved her frank and catchy first single, “Merry Go Round,” is just a tasty appetizer of the lyrical wit that peppers her upcoming album, Same Trailer, Different Park (March 19). She sailed through several songs with humility and charm. Her knack for storytelling was on full display, including tales of nosy neighbors using the guise of friendship to get into other people’s business (“Go Back To Your Trailer”), and a lonely woman seeking companionship and pseudo intimacy on “It Is What It Is.”
To garner the crowd’s attention, Musgraves enchanted the gathering with well-crafted wordplay and razor-sharp observations of the monotony and occasional bouts of hopelessness that can plague small-town life, along with its pleasures. She was pure confidence as she performed “Mama’s Broken Heart,” a Musgraves-penned song recorded by Miranda Lambert. She also performed “Undermine,” a song featured on Nashville.
Little Big Town proudly staked their claim at the corner of rock and country, launching their headlining show with “Pavement Ends” and following it with “Front Porch Thing,” along with a smattering of their own hits throughout the set, including “Little White Church,” “Home” and “A Little More You.” They performed a spot-on cover of Fleetwood Mac’s “The Chain,” before later serving up a medley of the cover songs featured in their video series “Scattered, Smothered and Covered” including Lady Gaga’s “Born This Way” and Maroon 5’s “Moves Like Jagger,” among others. Whether originals or countrified remakes, the crowd’s attention stayed on the group’s air-tight harmonies and polished stage presence.
Smart lighting added appropriate drama to the ornate yet intimate venue. A lone spotlight highlighted Karen Fairchild as her haunting vocals capably handled “Shut Up Train,” while she and husband Jimi Westbrook were featured on the sizzling ballad “Your Side of the Bed.” During “Pontoon,” lights spelled out the group’s name, a nice addition to the summer-themed song.
The group ended the evening with a couple of its most well-known songs. Fairchild took the lead on “Tornado,” complete with a slight costume change for Fairchild and smoke and wind machines underscoring the drama of the song. They ended the set with what could be considered a signature song, “Boondocks.” Both tunes kept the sold-out crowd on its feet to the very end. 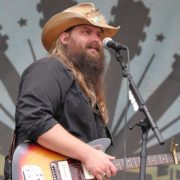 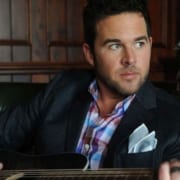 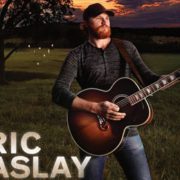 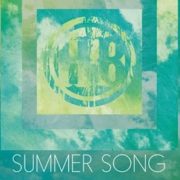