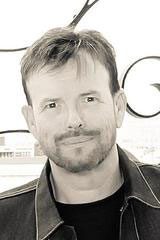 PLA Media, headed by Pam Lewis, has hired Kyle Frederick as Publicist and Marketing Executive, effective immediately. Frederick brings over 25 years of music business experience that includes publicity, artist management, publishing, producing, songwriting and touring, along with a background in corporate partnerships and health-related not for profit work.
“I’m thrilled to be part of Pam Lewis’ legacy and look forward to sharing the experiences and relationships I have had the pleasure to develop over the years,” said Frederick.
Frederick moved to Nashville in 1980 to pursue career as a guitarist and has since recorded and toured US, Canada, and Europe with several nationally acclaimed recording artists. In 1992, he was hired by Clay Walker as band leader. That led to the role of Walker’s tour manager, publicist and then manager. Later, during his tenure at Network Ink Public Relations, Frederick was a key part of the team that coordinated the grand opening of the Country Music Hall of Fame and Museum. Most recently and following a stint with SHeDAISY in 2005 and 2006 as manager, Frederick returned to the Clay Walker camp as director of the singer’s charity organization, Band Against MS.
“As we continue to build the PLA team we’re very happy to have Kyle and his background as part of our brain trust,” said Lewis.
Frederick can be reached at 615-327-0100 or [email protected].