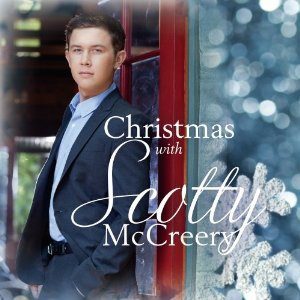 Scotty McCreery is set to make the television rounds in support of his first holiday album, Christmas with Scotty McCreery. The album has already been certified Gold by the RIAA for over 500,000 copies shipped.

McCreery will appear on ABC’s Good Morning America on Dec. 11 and again on Dec. 24. He will be a presenter on the American Country Awards, which airs Dec. 10 on Fox at 7 p.m. CT. The singer will also perform as part of CMA Country Christmas, which airs on ABC Dec. 20 at 8 p.m. CT.

Additionally, he will appear on the 10th Annual Hollywood Christmas Celebration At The Grove, a nationally syndicated TV special which is airing across the country for the next six weeks (check local listings for show times).

His GAC special, Christmas with Scotty McCreery & Friends, will re-air numerous times in the coming weeks.

Fans can catch McCreery at an in-store appearance at Nashville’s Opry Originals retail outlet on Friday (Dec. 7) signing copies of his Christmas album.