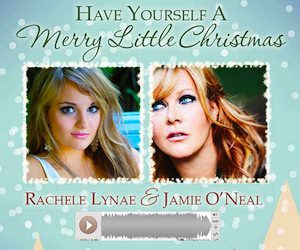 Little Big Town postponed two concerts in California and cancelled an appearance on The Tonight Show with Jay Leno due to a death in the immediate family of one of the band members. The group’s Nov. 29 show at the Wiltern in Los Angeles will take place on Feb. 8, 2013. Little Big Town will also reschedule their Nov. 28 concert in Riverside, Calif. at a later date.

Jamie O’Neal and Rachele Lynae are getting into the holiday spirit with a new duet of the holiday classic, “Have Yourself a Merry Little Christmas,” which has been released to iTunes by the Momentum Label Group. The pair are currently in the studio finishing up Lynae’s debut album, which is scheduled for release in early 2013.

Colbie Caillat and Gavin DeGraw shot a music video at a Nashville soundstage on Wednesday (Nov. 28), with director Roman White. The clip will promote the new single “We Both Know,” co-written by Caillat and DeGraw. The song is featured in the Nicholas Sparks film Safe Haven, starring Josh Duhamel and Julianne Hough, and set for release Feb. 14, 2013.