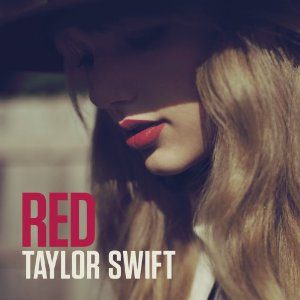 Taylor Swift has announced a slew of national TV appearances during the release week of her highly-anticipated fourth studio album, Red, which arrives in stores October 22.

On release day, a select group of Swift’s Twitter followers and Facebook friends will join her in New York, where they will literally “follow” her during release week events, providing live social media updates to millions of fans around the world. Swift currently has more than 19.7 million Twitter followers and 34.9 million Facebook likes.

On Oct. 24 Taylor will be live on ABC’s The View for a performance and chat, and on the following day (Oct. 25) she will make a special concert appearance on the The Ellen DeGeneres Show.

Entertainment Tonight has designated it “Taylor Swift Week,” Swift will be interviewed in upcoming episodes of Access Hollywood, E! News, and Extra.

In addition to her TV appearances that week, Swift will sit down for a live Q&A session with an audience at SiriusXM studios in New York. “SiriusXM’s Town Hall with Taylor Swift” will air live on The Highway on Oct. 22 at 2 pm/ET. Taylor will visit Scholastic’s New York headquarters for a special literacy event as part of the “Read Every Day” literacy campaign.

After the New York media events, Swift will return to Nashville, where she’ll take part in the Taylor Swift Worldwide Radio Remote presented by Papa John’s. With 72 stations broadcasting live from Music City on Friday, Oct. 26, the radio event will cover four formats–Country, CHR, Hot AC, AC–and five continents, with stations coming from as far away as South Africa and New Zealand.

Taylor Swift is featured on the cover of Rolling Stone’s current Hot List issue, as well as on the November covers of Glamour and Marie Claire UK.