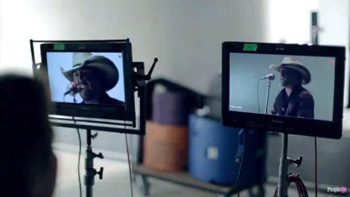 The video for Jason Aldean’s new single “Take A Little Ride” will premiere Friday, Aug. 10 on CMT, kicking off Jason Aldean Weekend on the network. Directed by Shaun Silva, the video was shot in Nashville last month.

“It’s always really cool to be at the front of a new project and to see the music start coming to life,” said Aldean. “Shaun was really great to work with, and he used some editing techniques I’ve never seen before in a music video that really give the song an extra shot of energy.”

People.com has an exclusive behind the scenes look at the video shoot here. “Take A Little Ride” is the first single from Aldean’s upcoming fifth studio album.

Aldean has sold out every date so far of his 2012 My Kinda Party Tour, presented by State Farm. For a full list of appearances and upcoming tour dates, visit www.jasonaldean.com. 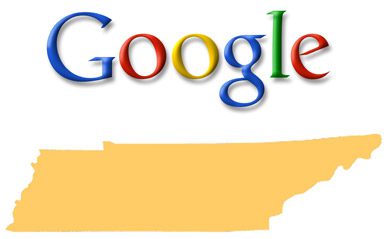 In an effort to get local Tennessee businesses online, Google has announced the Tennessee Get Your Business Online initiative.

Tennessee business owners are invited to the free kickoff event August 16, 8:30 am – 3 pm at aVenue in Nashville. The event will demonstrate how to build a website and provide sessions devoted to growing and promoting business online.

Google worked with local partners to design the program, which is intended to drive economic growth for Tennessee by giving more businesses an online presence. Additionally, Google has partnered with Intuit to provide participating Tennessee businesses with free websites (including domain and web-hosting) as well as free tools, training and resources for a year.

“As a leading provider of small business solutions, we have witnessed the growth small businesses have seen from getting online,” said Jennifer Creager, Product Manager at Intuit.

Information on both the website and event registration is available here. 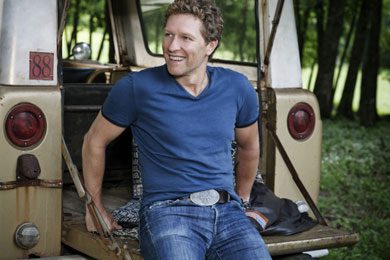 On Sunday (8/12), the Celebrity Sporting Clay Event will take place at the Tennessee Clay Target Complex in Nashville and feature an exhibition by “The Ultimate Shooter” Tim Bradley. Proceeds from the weekend events will benefit the Craig Morgan Charity Fund, a component fund of the Community Foundation of Middle Tennessee. Tickets are here. 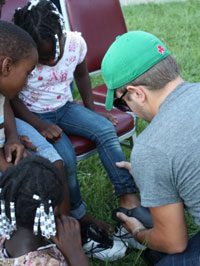 More than 30,000 people around the globe were given new pairs of shoes, thanks to the success of the country charity single “The Choice.” The song features contributions by 19 major country artists, including Keith Urban, Alan Jackson, Reba McEntire, Josh Turner, Vince Gill and more to benefit Soles4Souls. “I always took for granted the significance of owning a pair of shoes, but I never will again,” said Billy Gilman, who co-wrote the song and spearheaded the effort to bring the artists together.

Inpop Records artist Karyn Williams recently made an appearance in Cincinnati, OH for a benefit in support of the Angelman Syndrome Foundation’s Madonna Jam. Williams entertained attendees with selections from her new album Only You, which is due out August 28. She was joined onstage by Blessid Union of Souls frontman Eliot Sloan and singer-songwriters Reggie Hamm and her husband Brian White. Williams is also slated to play the Music With a Mission benefit for Nashville Rescue Mission at the Schermerhorn Center on Oct. 14. 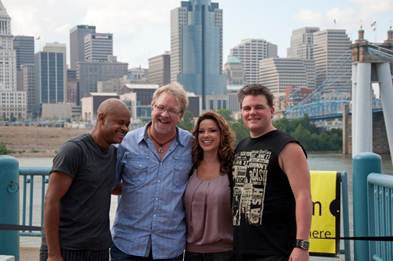 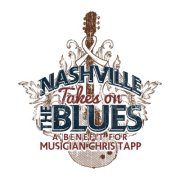 A collection of local rockers will unite at 3rd & Lindsley Thursday, August 16 for Nashville Takes on the Blues, a benefit for Cold Stares singer/guitarist Chris Tapp who is currently undergoing a year of treatment for melanoma. Performers for the evening include Matthew Perryman Jones, Jeremy Lister, Mark Huff and more. More info here. 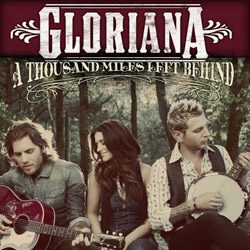 Gloriana’s Thousand Miles Left Behind is the top album debut this week selling 23k units coming in at No. 2 on the country chart and No. 11 overall. The album includes the trio’s current single “(Kissed You) Good Night,” which currently sits at No. 2 on Billboard’s Hot Country Songs chart. The single sold another 42k units this week yielding 717k RTD. Gloriana celebrated the album release with a special concert at Joe’s Bar in Chicago, IL on Sat., Aug. 4th which was streamed live by UV2Live.

Zac Brown Band’s latest offering Uncaged remains in the top position on the country albums chart with almost 40k units sold in its 4th week on the chart and 400k units sold RTD. Finishing out the top 5 are Kenny Chesney’s Welcome To The Fishbowl, Luke Bryan’s Tailgates & Tanlines and Carrie Underwood’s Blown Away.

Little Big Town’s “Pontoon” shows no signs of slowing its mmmmmmm…motorboatin’ sales by moving another 94k units to reach 789k RTD. The group’s album Tornado, slated for a September 11 release, will be one to watch as we currently wade through an overall summer sales slump these past few weeks. 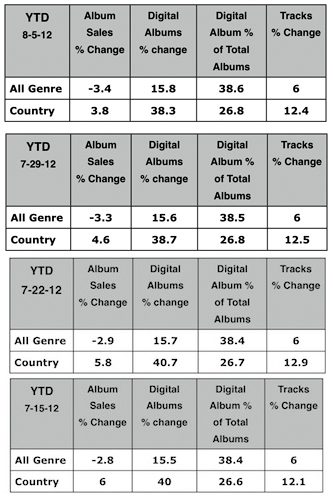 Last week’s numbers included Love and Theft’s self-titled album which debuted at No. 4 on the country chart and No. 21 overall selling 14k units. The duo, comprised of Stephen Barker Liles and Eric Gunderson, is enjoying the success of lead single “Angel Eyes” co-written by Jeff Coplan and Eric Paslay, which has now sold 521k units RTD.

Just like in the Olympics, we love to look at our stats. Unfortunately the overall numbers seem to be slipping. Unlike the coach’s inquiry filed this week in the balance beam competition which gave the U.S.A. a changed higher score and took the bronze literally away from Romania, we don’t have that option. Our YTD album sales year over year have fallen from 6% increase as of 7/15 to 3.8% increase as of 8/5. On the positive side, our digital albums year over year increase remains strong at 15.8%, increasing a bit over the last few weeks. 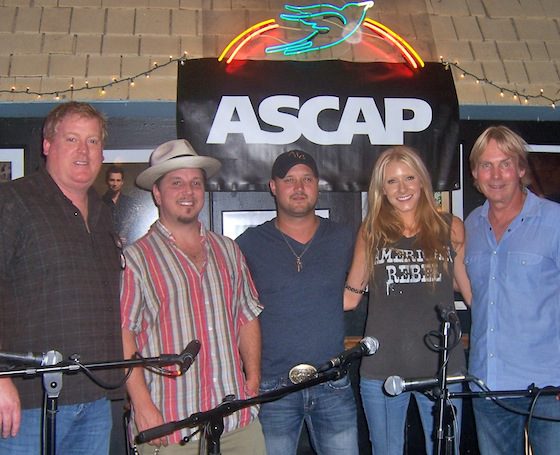 Momentum Label Group’s CEO/producer and country hitmaker Jamie O’Neal hung out backstage with fellow country star, Craig Morgan recently at the Country On The River Concert (8/3) just outside Prairie Du Chien, Wisconsin. The two-day family-friendly country music festival has established itself as one of the premiere music festivals in the U.S. Other artists who performed over the weekend included Eric Church, Darryl Worley, Luke Bryan and Travis Tritt. 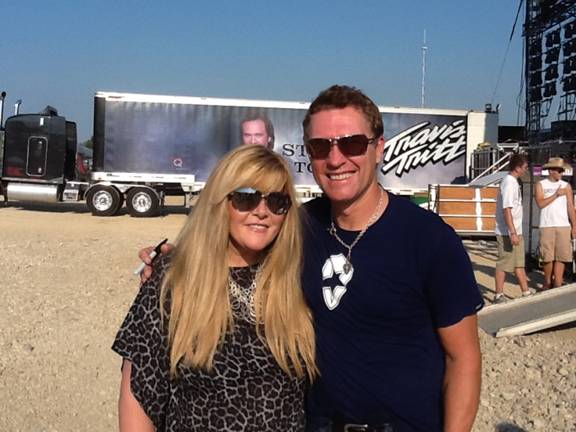 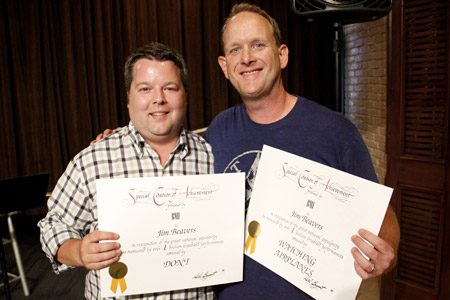 The presentation took in Nashville August 1, after the songwriter treated BMI licensing employees to an acoustic set. 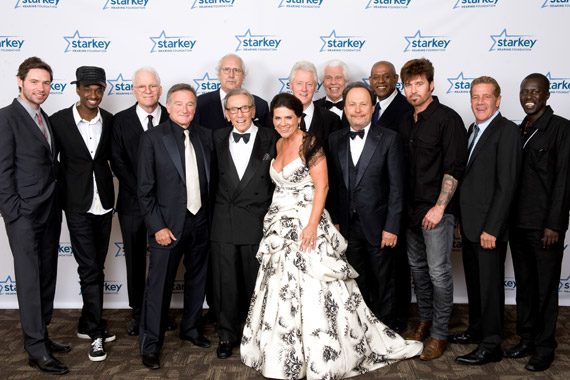 Billy Ray Cyrus recently attended and performed at the Starkey Hearing Foundation’s 12th annual So The World May Hear Gala on August 4 at the Saint Paul RiverCentre. The event brings awareness and funds to the organization’s efforts of fitting more than 100,000 hearing aids globally.

“It is about the gift of love,” said Cyrus. “It is just incredible that they go all around the world to give people their first chance ever to hear, to sing, to dance, to communicate. It is an honor and a privilege to be a part of it.”

Cyrus is currently finalizing his forthcoming album, Change My Mind to be released October 23. He is set to make his debut in the Broadway play Chicago on Nov. 5, and will continue his run through Dec. 23. 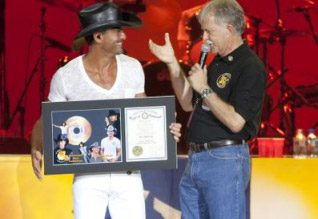 Tim McGraw was surprised with an induction into the Louisiana Music Hall of Fame during the middle of his concert set at the Superdome in New Orleans on Friday, (8/3). 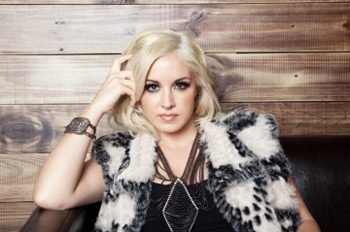 “I am honored and excited to join the many amazing artists that have come before me to perform on that hallowed stage,” says Rose. “I am beyond words to explain my excitement and all I can say to everyone that asks me how I feel is that dreams really do come true.”

Rose recently wrapped up her first big summer tour and her new single “I Ain’t Your Mama” has climbed up into the top 40. The single was produced by James Stroud and written by Judson Spence and Candy Cameron.

For a complete list of tour dates, visit www.maggierosemusic.com. 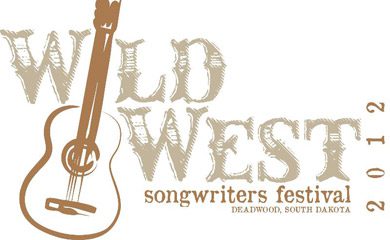 Deadwood, SD, will host a wagon train of over 20 songwriters for the inaugural Wild West Songwriters Festival October 11-14.

The Festival will be held day and night at Deadwood’s historic establishments, including The Deadwood Mountain Grand, Saloon #10, The Bullock Hotel, and The Deadwood Loading Dock.

The weekend-long festival will host Nightcap Socials, Happy Hours, and other events for Weekend Pass Holders, available for $75. Single-Day tickets are available for $25-35. For more information, click here.

Nashville-based artist platform Artist Growth has announced the first of its Celebrate the City series to be held Friday, September 28. The monthly event will bring touring and emerging artists together at Nashville’s War Memorial Auditorium.

The September showcase will feature performances by Reptar, Rubblebucket, and Cherub. Tickets are $15, and go on sale Friday, August 17 at www.tpac.org. 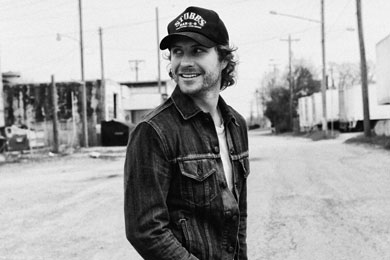 “The CMA Songwriter series is a really cool gig,” said Bentley. “Joe’s Pub is so intimate and the audience is a huge part of those shows because they’re so close. It’s like everybody in the room is in on a secret or something. You’ve got four guys with guitars, telling stories and drinking whiskey…anything can happen!”

Bentley also recently announced the release of his Country & Cold Cans EP, available Aug. 21, which features his new single “Tip It On Back.” Bentley will kick off college football season with the Country & Cold Cans: Back to College Tour, which includes performances by Jaren Johnston’s band The Cadillac Black. Dates here.