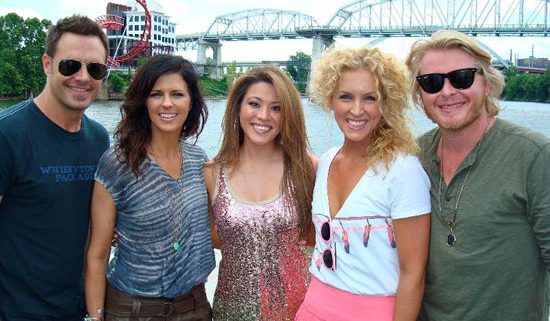 I love a parade.

And the kick-off parade for the 2012 CMA Music Festival on Wednesday (6/6) was a humdinger. It moved along Broadway from 10th Avenue to the Cumberland River at lunchtime. 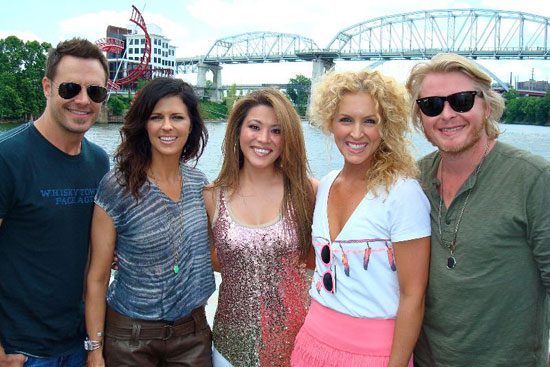 The Nashville Zoo had somebody waving merrily in a giraffe costume named Twiga. The Predators’ mascot Gnash did wheelies on his ATV. The Nashville Roller Derby gals struck poses while gliding by on skates. The Clydesdales were there! I love them, especially when they’re pulling a vintage Budweiser beer wagon.

The “General Lee” car from The Dukes of Hazzard rumbled along, tooting its “Dixie” horn all the way. The U.S. Marines, Nashville Firefighters and Davidson County Sheriff squad wowed the kiddies with their vehicles. The Rolling Thunder biker brigade made a mighty rumble. The Music City Drum and Bugle Corps sounded splendid.

The Girl Scouts and Brownies marched, proudly wearing their merit badges. There was a 40×60 foot American flag carried by veterans, the Bic razor girls, brightly painted custom tour buses, big balloons, marching bands and more Chevy trucks and Corvettes than you could shake a stick at.

Riding on the backs of those Corvettes were a bevy of country stars. Lorrie Morgan waved, wearing a lavender chiffon dress that billowed in the balmy breezes. Lynn Anderson was in a yellow summer wrap and a white chapeau with a big posey. The crowd sang “Rose Garden” to her. Country Music Hall of Fame member Bill Anderson looked as happy as a lark as he passed by.

Cowboy Troy drew hollers of recognition — snapshot takers yelled for him to turn this way and that. LoCash Cowboys tossed souvenir rubber balls into the throng. Rhonda Vincent was high above our heads on/in a giant shopping cart. Flynnville Train shared an Operation Troop Aid vehicle with that giant robot person who always shows up with that organization. Indianapolis 500 winner and Middle Tennessee resident Dario Franchitti was a big crowd favorite, riding on the race’s Camaro pace car. 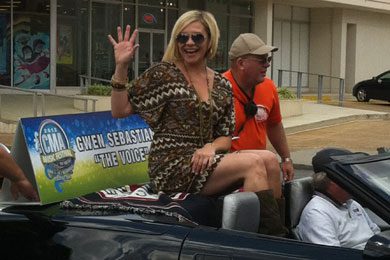 “Blow me a birthday kiss! I’m 50 today!” shouted a lady fan across the street from me. Dashing Dario obliged. Due West went a step further, serenading her with “Happy Birthday” from the back of their parade pick-up truck. Jeff Bates, Manuel, Craig Campbell, Julie Roberts, The McClymonts, Colt Ford, Ira Dean, Katie Armiger, J.T. Hodges, The Roys and Gwen Sebastian all had their own parade moments.

Perhaps the coolest thing was the Keep the Music Playing All Stars Marching Band. Consisting of 125 students from eight Metro public schools, this ensemble embodies the educational effort that the festival benefits. When I caught them, they were playing “The Wabash Cannonball,” with youthful verve.

Leading the way was the “Rhinestone Cowboy,” himself, parade grand marshal Glen Campbell. Bringing up the rear were four jumbo pontoon boats carrying Phillip Sweet, Kimberly Schlapman, Karen Fairchild and Jimi Westbrook. Accompanying them was a banner stating, “Follow me.” So we did, right on down to Riverfront Park.

YouTube discovery and The Voice contestant Angie Johnson sang “The Star Spangled Banner.” She is a Tech Sergeant in the National Guard.

Then Little Big Town kicked off the 41st annual, 2012 CMA Music Festival with — what else? — “Pontoon.” Let me tell you, in that atmosphere and in that moment, this new single sounded like the most massive hit of the summer. The crowd sang along with “Boondocks,” and LBT then took their bows. Don’t worry, the fearless foursome will return with a full show at LP Field on Saturday night.

Here’s a shocking statistic. The Nashville Chamber of Commerce members were recently polled about the CMA Music Fest. They were asked, “Are you attending any of this year’s festivities?” An astonishing 63% said, “No, I make it a point to stay far, far away.” This, from the supposedly community-booster-ing Chamber, mind you. About downtown Nashville’s biggest annual event, mind you. Which is all free to all our citizens (except for the Convention Center and LP Field events), mind you. And which pours tons of money into Nashville’s economy, mind you.

Honestly, those folks don’t know what they’re missing. I, for one, plan on having a blast. 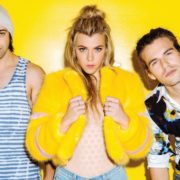 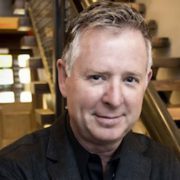 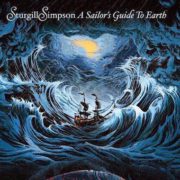