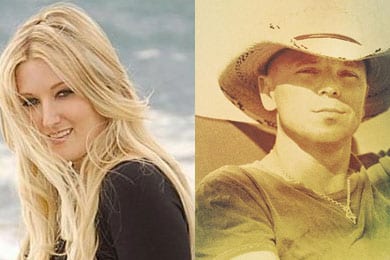 Here’s a brand-new reason why Kenny Chesney is a superstar.

It is called “Come Over,” and it is guaranteed to make every female who listens to it wishes that she could. It coasts to an easy victory as the Disc of the Day as Kenny Chesney rules anew.

I was polishing the DisCovery Award for Tommy Steele. Then I checked and found out that I reviewed two tunes from him in 2010. I liked him then, and I like him now.

So then I thought maybe Daniel Warren could be a contender. But it turns out that he, too, has been in this column previously.

That leaves us with a choice between one of our three genuine newcomers: Erica Nicole pops and bops her way into the winner’s circle.

TOMMY STEELE/My Side of the Street
Writer: Jack Williams/Travis Meadows; Producer: Dave Gibson; Publisher: Savannah/Universal, ASCAP/BMI; Triple Creek (www.tommysteeleband.com)
—Rugged and loaded with blue-collar attitude, this has plenty of chesty power. He sings with extraordinary conviction and finesse, the track throbs with suppressed energy and the song is an instant, everyman classic.

MATT GARY/City Lights
Writer: Jared Crump/Trevor Rosen/Josh Osborne; Producer: none listed; Publisher: Brave Music/Resonate/Unfair Entertainment/Want a Fresh One, SESAC/ASCAP; 17/Quarterback (www.mattgary.com)
—I have liked this guy in the past, and his vocal performance here is able and assured. But the song meanders around too much and lacks a big hook.

DOUG BRINEY/More Than Just a Farm
Writer: Pat Kelley/Ed Leavitt; Producer: none listed; Publisher: none listed; DB (track) (www.dougbriney.com)
—His singing voice is a little unsteady, and the track sounds like a demo. But his heart is the right place.

NATASHA BORZILOVA/Out of My Hands
Writer: Natasha Borzilova/Ilya Toshinsky/Sasha Ostrovsky/Lydia Salnikova/Alexander Arzamastsev/Sergei Olkhovskiy; Producer: Natasha Borzilova; Publisher: Uncle Hadley, ASCAP; Hadley Music Group (track) (www.natashaborzilova.com)
—This is the title tune of the second solo album from this former Bering Strait vocalist. She wrote or co-wrote all of its songs and as this mid-tempo meditation illustrates, she has evolved into a communicator of subtle strength and confessional intimacy. Her production skills are nothing to sneeze at, either. Highly recommended.

ERICA NICOLE/What You Think About Us
Writer: Biran Davis/Ashley Gearing/Ben Gloover; Producer: Michael Lloyd; Publisher: Curb/Melrose/W.B., BMI/ASCAP; Heaven (www.ericanicolemusic.com)
—It’s lively and bright, kinda like a teen-pop record from the 1980s. It think it’s a combination of that wooshing/zippy guitar sound and her Go-Go’s phrasing. Or maybe it’s that it is just so ridiculously catchy. Impossible to resist. 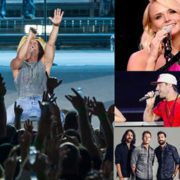 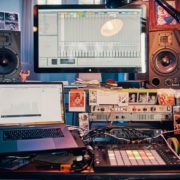 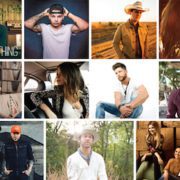 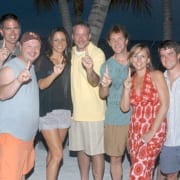