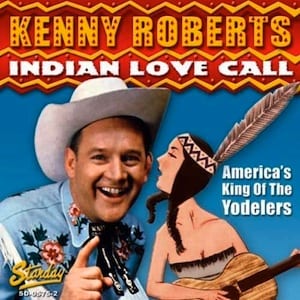 Famed country yodeler Kenny Roberts has died at age 85. His death was reported on Sunday, April 29. He was known as “Yodeling Kenny Roberts” and as “America’s King of the Yodelers.”

Roberts was a radio star at KMOX in St. Louis, the CBS Saturday morning show Barnyard Frolics, The Hoosier Hop in Ft. Wayne, IN, the WCOP Hayloft Jamboree in Boston and The Midwestern Hayride in Cincinnati. He also starred in his own television kiddie program The Kenny Roberts Show on WNEM-TV in Saginaw, MI in the 1960s, as well as earlier on WLW-TV in Cincinnati.

He helped launch the career of Rock and Roll Hall of Fame member Bill Haley, who was in his Down Homers country band in 1946.

During his long career, Kenny Roberts appeared on the network television programs Arthur Godfrey’s Talent Scouts and The Today Show.

MusicRow sends condolences to his family. He is the father of music executives Bobby Roberts (The Bobby Roberts Company) and Jeff Roberts (Jeff Roberts & Associates). He is also survived by seven other children, 19 grandchildren and 19 great-grandchildren. Kenny Roberts passed away at his home in Athol, Massachusetts. Funeral arrangements have not been announced.