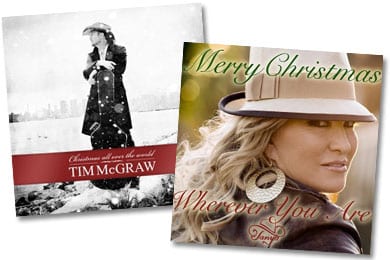 Let’s close out the year with some holiday tunes, shall we?

This week, we’re looking at some of the more high-profile ones in our community. Next week, we’ll check out the indie artists’ Yuletide offerings.

In the spirit of the season, R.K.O. is spreading the love today, giving out Disc of the Day awards in categories, just like the CMA does. Our Male Vocalist is Tim McGraw. Enduringly great Tanya Tucker wins the Female Vocalist prize. Our Group honor goes to Eli Young Band. The Duo du jour is unquestionably Joey + Rory. And our Vocal Collaboration prize goes to TobyMac & Leigh Nash.

RICKY SKAGGS/Christmas Time’s A-Comin’
Writer: Tex Logan; Producer: Ricky Skaggs; Publisher: Unichappell, BMI; Skaggs Family (track) (www.skaggsfamilyrecords.com)
—A Skaggs Family Christmas 2 is a CD/DVD set that captures performances by Skaggs, his children and members of the White clan. It kicks off with a revival of Bill Monroe’s Christmas classic. It’s sprightly and merry, but lacks the drive and edge that Daddy Bluegrass gave it.

PHIL VASSAR/Santa’s Gone Hollywood
Writer: Phil Vassar/Tim Nichols/Jeff Outlaw; Producer: Phil Vassar & Dane Bryant; Publisher: Phylvester/Warner-Tamerlane/Made For This/Contentment, ASCAP/BMI; Rodeowave (track)
—Phil’s holiday offering, Noel, is about half standards and half originals. Among the latter is this wildly witty ditty about Santa hitting the PowerBall jackpot and living it up in LaLa Land. Among the lines: “Mrs. Claus is lookin’ hot, she’s even got a new rack/She’s been nip-tucked, lipo-sucked and tightened up good.” As for Santa, he has, “little blue pills” as well as court-side seats at all the Lakers games. Thoroughly entertaining.

ANDY GIBSON/The Christmas Song
Writer: Robert Wells/Mel Torme; Producer: James Stroud; Publisher: Sony-ATV Tunes/Edwin H. Morris/MPL, ASCAP; DMP/R&J (www.randjrecords.com)
—I have liked this newcomer’s work in the past. His rendition of this standard is workmanlike, but no kind of reinvention or reinterpretation. The studio instrumentalists are more creative on their jazzy breaks than he is vocally.

ELI YOUNG BAND/Wonderful Christmastime
Writer: Paul McCartney; Producer: Keith Davis; Publisher: MPL, no performance rights listed; Big Machine (track)
—The Country Christmas Collection is Big Machine’s nine-tune compilation for the Colonial Candle company. Eli Young Band is borrowed from the Republic roster for the set. These guys are bound to have a merry Christmas, since they are coming off their first No. 1 record. By keeping things simple, the group transforms Sir Paul’s tune into a jaunty country carol.

TIM McGRAW/Christmas All Over The World

Writer: none listed; Producer: none listed; Publisher: none listed; Red Light Management (download)
—This rocks splendidly with a big, beefy production that pounds and chimes in all the right places. Tim’s voice has never sounded more confident and assured. Absolutely joyous.

TANYA TUCKER/Merry Christmas Wherever You Are
Writer: none listed; Producer: none listed; Publisher: none listed; Mighty Loud (download)
—Tender and emotional, this one’s for folks who can’t be together at Christmas time. It’s the perfect song gem for anyone missing a loved one who is deployed overseas. Tanya gives the ballad everything she’s got. And that’s plenty from a vocalist this potent. Heart-tugging. 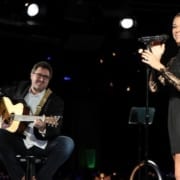 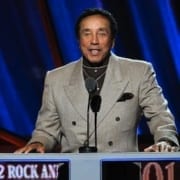