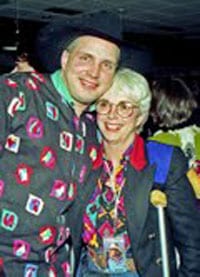 Texas music publicist Jolene Mercer died Saturday, May 28, following a long illness.
She was noted for working with such artists as Chris LeDoux, Ricky Lynn Gregg, Janie Fricke, Asleep at the Wheel, Charley Pride, Neal McCoy, Josh Logan and Billy “Crash” Craddock. At various times during her career, she was also an event planner, booking agent and manager.
In 1982-84, Jolene Mercer was the publicist for the Dallas-based Permian Records. She coordinated tours, promoted records and handled advertising for the label’s Lynn Anderson, among others.
After a year working for The Oak Ridge Boys, she launched a nightclub booking business. She booked Mark Nessler, Ricky Lynn Gregg and a number of regional artists into the major show rooms and clubs of East Texas.
In 1987-89 she was the entertainment buyer and publicist for The Longhorn Ballroom in Dallas. She also booked conventions and meetings for the Sheraton/Mockingbird West Hotel.
She formed Mercer & Associates as her own public relations firm in 1988. In addition to print publications, she placed clients with radio and television programs in the Lone Star State. She organized the press conference for Garth Brooks’ “Beyond the Season – Feed the Children” initiative and handled press for the superstar’s video of “The Thunder Rolls.”
In 1992-94 she was the co-owner and co-producer of the Country Music Fan Jam in Dallas. This involved contacting and coordinating transportation and scheduling of 86 artists, plus networking the 62 Fan Jam radio stations.
Other events she organized included the Dallas Street Festival, the Caddo Indian Texas Festival, the Dallas Taste of West End and fund raising for the North Texas Food Bank. At various times, she did PR for the Chinese Acrobats, the Dallas/Ft. Worth Spurs (now the Texas Rangers), wrestlers, rodeo cowboys and football players.
Jolene Mercer was also the Texas location scout for the six-hour 1996 TBS documentary, America’s Music: The Roots of Country, guiding its crew to numerous sites and artists in the Dallas and Ft. Worth areas.
Funeral arrangements are incomplete at press time.