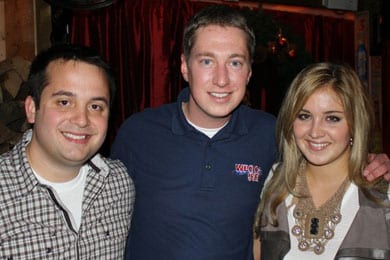 Durante, now 22 years old is a native of Potomac, Maryland. Some of her influences include Mary Chapin Carpenter and Bonnie Raitt whose voices gave her a love of “soulful, story-telling music.”

Durante has been writing with such Nashville songwriters as Stephony Smith, Shelly Fairchild and Lisa Carver. Her debut album project is scheduled for release in early 2011. 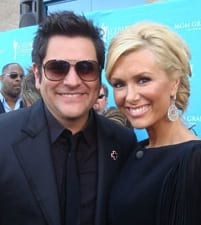 Rascal Flatts member Jay DeMarcus (L) and wife Allison DeMarcus (R) welcomed their first child on Fri., December 17. Madeline Leigh DeMarcus was born in Nashville at 4:49pm, weighing in at 6 pounds and 9 ounces. “Allison and I are thrilled!” shares Jay.  “Madeline is absolutely gorgeous; she looks just like her daddy! Both mom and baby are doing well.” Jay and Allison were married on May 15, 2004.

Eddie Montgomery is happy to report that he is resting at home after a successful surgery to treat prostate cancer earlier this week. The doctors report that no further treatment should be needed, and he plans to enjoy some down time at home with his family. After a break to enjoy the holidays, Montgomery and duo partner Troy Gentry will be heading out on a USO Tour in early 2011. 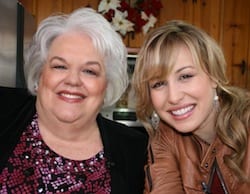 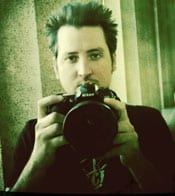 Nashville’s own Jeremy Lister and Street Corner Symphony have made the finals of NBC’s The Sing Off, which will air live tonight (12/20) at 7 pm CT. The a capella singing competition began with 10 vocal groups and has been whittled down to a final four groups: Street Corner Symphony, Committed (Huntsville, AL), The Backbeats (Los Angeles, CA), and Jerry Lawson and Talk of the Town (Oakland, CA). 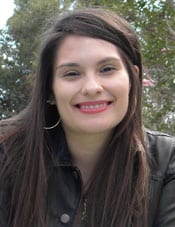 Hot Schatz PR has hired Michelle Lorge as Associate Publicist and Operations Manager. In this role, Lorge will be responsible for implementing regional media campaigns for Hot Schatz artists as well as overseeing the office’s day-to-day administrative functions.

“I’m very excited about adding Michelle to the Hot Schatz PR team,” says President/Owner Schatzi Hageman. “With her hard work ethic and publicity expertise, I have no doubt that we can continue to offer the very best to our clients.” 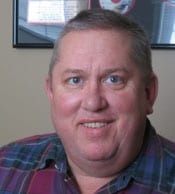 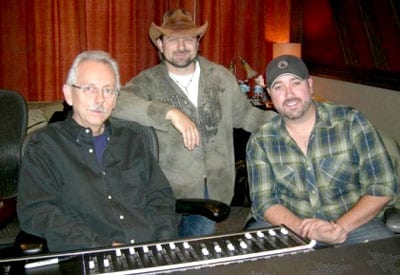 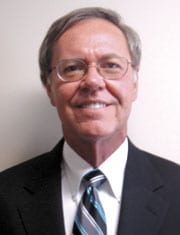 Orville Almon has announced he will open a private practice on Jan. 3, 2011. Almon, a founding partner of Zumwalt, Almon and Hayes and known for his expertise in contract law, is now making the jump to focus more on business affairs for entertainment and corporate entities.

“The business model for an entertainment law firm has changed and I needed to change with it,” Almon said in a prepared press release. “I felt that, for a lawyer based in entertainment and corporate law, the current economic changes called for more strategic focus on the business side of the entertainment field.”

Joining Almon in the new venture will be Noah McPike, Esq. McPike recently left a Music Row firm he had practiced with for approximately 3 years. McPike will focus on, among other things, all related services within all areas of the entertainment industry, new media, intellectual property, copyrights, trademarks and corporate business matters. Also joining Almon Law, PLLC will be Almon’s longtime assistant, Karen Thomas, and industry vet, Lynsey McDonald.

Almon has earned many awards and accomplishments including being recognized in Best Lawyers in America (2007-2010), Mid-South Super Lawyers (2007-2010) and recently by BusinessTN as one of Tennessee’s Best 150 Lawyers (2010).

According to a recent Wall Street Journal article, “Amazon Can’t Dent iTunes,” when it comes to selling music.

One of the key differences between the two music retailers is pricing. Amazon often employs steep discounts to draw consumers. For example, Amazon will sometimes price new front line albums $3.99. iTunes usually sells albums for $9.99 to $14.99 the article states. However, despite Amazon’s retail price, it normally pays the entire wholesale price to the supplier. Amazon’s also offers monthly promotions of up to 100 specially priced CDs at $5 each. This product, the article states is the result of a cooperative deal between record labels and distributors.

According to NPD Group, iTunes share of the paid digital music market rose in 2010 from 63.2% to 66.2%. Amazon’s hare also increased shifting up to 13.3% from 11% in the previous year. While album sales overall are shrinking, the digital percentage of those sales continues to grow as consumers switch to the non-physical  format. YTD 2010 physical album sales are off 20% while digital album downloads are up 13%. (The article doesn’t mention that digital album downloads are about 27.5% of total album sales for 2010.) 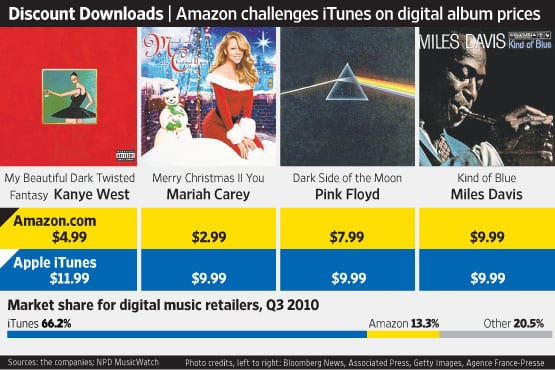 One of the key differences between the two music retailers is pricing. Amazon often employs steep discounts to draw consumers. For example, Amazon will sometimes price new front line albums $3.99. iTunes usually sells albums for $9.99 to $14.99 the article states. However, despite Amazon’s retail price, it normally pays the entire wholesale price to the supplier. Amazon’s also offers monthly promotions of up to 100 specially priced CDs at $5 each. This product, the article states is the result of a cooperative deal between record labels and distributors.

According to NPD Group, iTunes share of the paid digital music market rose in 2010 from 63.2% to 66.2%. Amazon’s hare also increased shifting up to 13.3% from 11% in the previous year. While album sales overall are shrinking, the digital percentage of those sales continues to grow as consumers switch to the non-physical  format. YTD 2010 physical album sales are off 20% while digital album downloads are up 13%. (The article doesn’t mention that digital album downloads are about 27.5% of total album sales for 2010.) 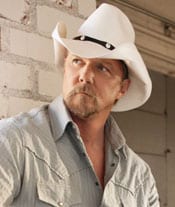 Adkins will also appear on World Wrestling Entertainment’s Tribute to the Troops on Saturday (12/18), which will air 8 pm CT on NBC. Adkins will perform “Whoop A Man’s Ass” from his Cowboy’s Back In Town album. Other guests on the special include Sean “Diddy” Combs, Cedric The Entertainer, The View’s Sherri Shepherd, and many more. 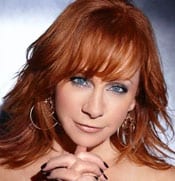 Reba will join After MidNite host Blair Garner to co-host a three-hour commercial-free New Year’s Day special. The two will play top music from 2010 and listeners will hear interesting insights from Reba. The special is available to After MidNite affiliates in the U.S.

“I’m so honored that Reba agreed to host this special with me,” said Blair Garner. “She has been a huge supporter of After MidNite and is one of the hardest-working entertainers in the business. I’m looking forward to kicking off 2011 with Reba and our listeners.” 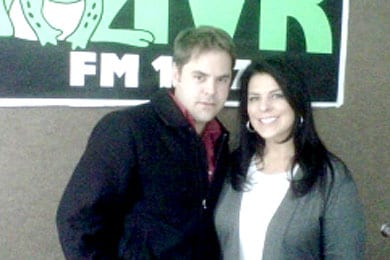 Keith Urban will close out 2010 with “Put You In A Song” at the top of the CountryBreakout Chart for a second week, followed by his Capitol Nashville cohort Luke Bryan’s “Someone Else Calling You Baby” at No. 2. Most of the Top 10 looks strong heading into the break, particularly Kenny Chesney’s “Somewhere With You” as it moves up to No. 6. 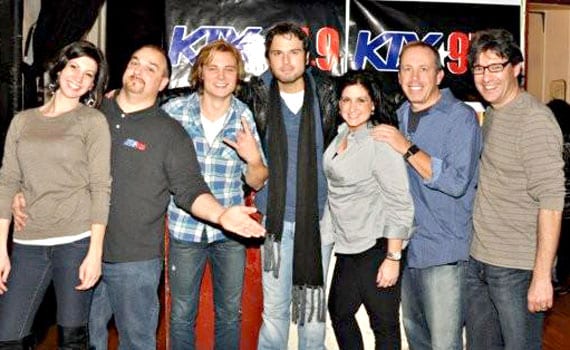 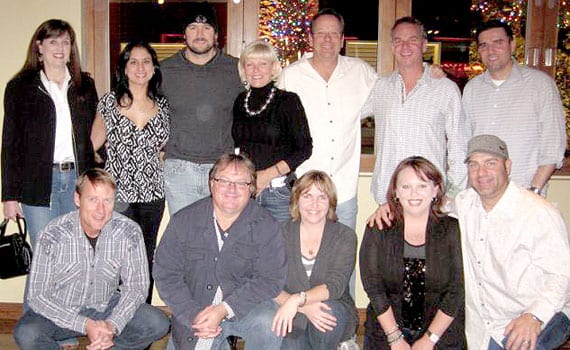 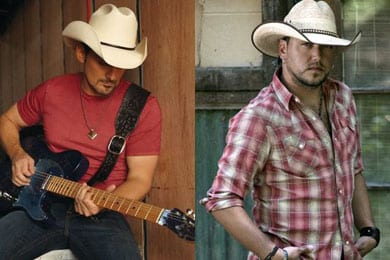 Recently, two country artists’ teams successfully deployed new singles and managed to keep their current singles on the rise. At the 44th edition of the CMA Awards, Brad Paisley and Jason Aldean both debuted songs other than their current singles. Thanks to years of hard work at radio by the artists and labels, the move has allowed them both to enjoy significant airplay on two titles apiece.

Aldean was joined by pop star Kelly Clarkson on “Don’t You Wanna Stay,” a slow burning ballad from his recent My Kinda Party album. Shortly after, Paisley performed a previously unheard song called “This Is Country Music” that managed to encapsulate the traditions of country music past and present. Before the week was over, both songs had been digitally shipped to country radio for immediate airplay.

Aldean’s “My Kinda Party” was doing well on Billboard’s Hot Country Songs at the time of the Awards, but the Broken Bow star didn’t have any nominations despite numerous chart successes and impressive album sales in 2010. 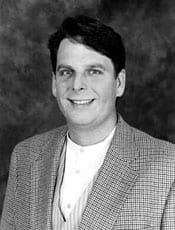 “The producers of the show needed a TV moment,” says Broken Bow Promotion VP Carson James. “And we still had ‘My Kinda Party’ working. It was going strong, researching and converting well. We didn’t necessarily want to kill it, but we also wanted the TV exposure with a dynamic song.”

James says the label knew “Don’t You Wanna Stay” would most likely be a single, but didn’t know exactly when. And with “My Kinda Party” at a critical stage in its chart ascent, it was a risk to release something new. “You always try to give radio what they want,” he adds. “But at the same time, we’re telling them we’re still actively pursuing ‘My Kinda Party.’ We’re not coming off of it.”

Paisley had a Top 5 single at the time with “Anything Like Me,” but felt passionately about playing the title cut from his upcoming album This Is Country Music. It was eventually going to be a single as well, but the reaction after the Awards was so swift and strong that Arista couldn’t ignore it. 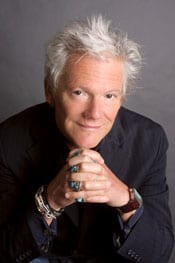 “‘Anything Like Me’ was so strong rolling into the top of the chart that we really didn’t feel like it would be damaging at all,” says Sony Nashville Promotion VP Skip Bishop. “But the reason we came with the song [“This Is Country Music”] earlier than originally planned was that several stations had started using the audio from the television show and the quality wasn’t what we’d want them to be playing. So we played a little hurry up football and finished getting the actual mastered single together and got it down to radio.”

The gamble paid off in spades for both artists. “We really made a round of phone calls and said, ‘I know you’re playing the version off television. We want to do the right thing for you,’” recalls Bishop. “We said ‘Remember we’re not finished with ‘Anything Like Me’ and everyone pretty much said ‘We’re not either.’ There’s no reason to dampen that kind of enthusiasm.”

“It’s a testament to Jason as an artist and our radio strategy,” adds James. “We’re saying ‘Play ‘My Kinda Party’—play it in power, and play the duet in light. Why can’t you play two Jason Aldean records? Most of the folks in radio are going, ‘Now’s the time!’”

Paisley’s “Anything Like Me” did eventually reach its No. 1 peak on the Hot Country Songs chart, and has since worked its way off. “This Is Country Music” is at No. 19 and very strong as we head into the break.

Aldean’s future looks bright as well. As of this writing, “My Kinda Party” is at No. 3 and stlll rising, and “Don’t You Wanna Stay” is quickly piling on the impressions at No. 26.