Twitter users are coming up with new ways to use the service all the time…the latest is contest giveaways.

During the month of August Live Nation is giving concert fans a chance to win the Ultimate Concert Access Pass, which allows the winner and a guest to attend any and

every show at any and every Live Nation owned and operated venue across North America for 1 year, beginning January 1, 2010.

Additionally, Live Nation is giving away 38 Ultimate Local Venue Passes in 38 cities, which gives the winner and a guest access to every concert at one Live Nation owned and operated venue of their choosing for an entire year.

The Twitter sweepstakes will be held on Live Nation’s national and local Twitter pages through August 31st. Fans can enter once a day to increase their chances of winning. Daily prizes include concert tickets, artist merchandise, parking upgrades and concessions discounts.

2) Send a tweet to @LiveNation and include the hashtag #LiveNationUltimateAccess 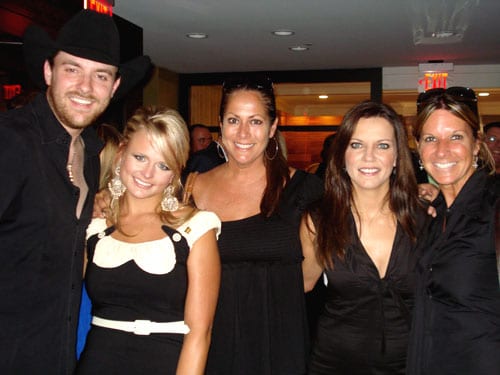 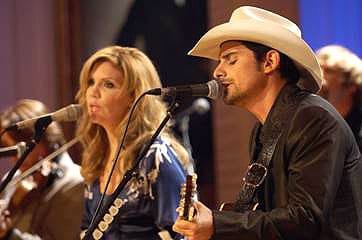 "Country At The White House" will air tomorrow (8/15) on GAC. Brad Paisley, Alison Krauss and Charley Pride performed at show in the East Room. The 90-minute episode features opening remarks from the President and performances by the three Opry stars. It debuts this Saturday, August 15, 8 PM/CT on GAC. 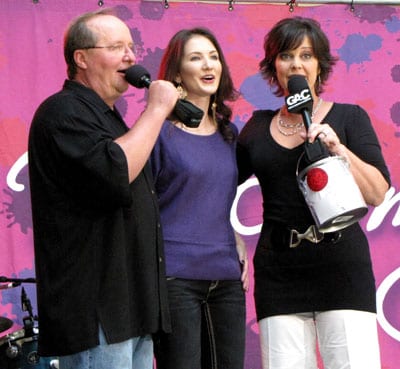 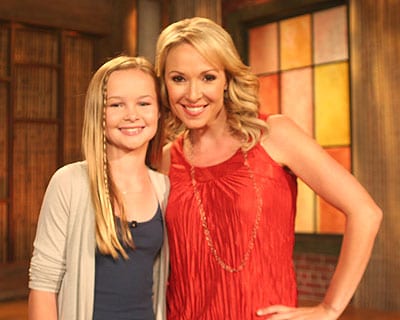 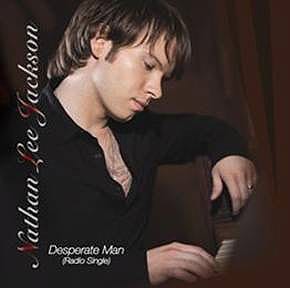 Hailing from Winchester, Kentucky, Jackson came of age during country music’s new wave of the late ‘80s and early ‘90s. He sang hymns on the front porch with his Grandma, and was grounded in classic country by singing with central Kentucky’s jamboree bands.

Shortly after high school graduation Jackson moved to Nashville, where his hard work and writing found the ears of Glixman. Jackson was invited to make an album at Glixman and partner Jim Gentile’s StarCity Recording Company in Bethlehem, PA.

“The recording process of my album was the kind that every artist dreams about,” Jackson says. “Jeff told me up front that neither producers nor artists often get to make the album that they want to make, but we had an opportunity at StarCity to do just that.” Jackson plays piano on the recording and had a hand in writing each of the album’s 13 songs. 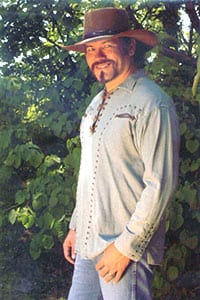 O’Reilly International, one of Canada’s leading artist management companies, recently opened an office in Nashville. The company, in partnership with its two independent award-winning Canadian record labels, On Ramp Records and 306 Records, represents Country artists Shane Yellowbird, Brad Johner and Victoria Banks. O’Reilly is the 2007 winner of the Canadian Country Music Award for Record Company Person of the Year.

As previously reported, ALL Entertainment has partnered with New Revolution Entertainment to promote Jewell’s debut single, which is due to hit national airwaves mid-September. 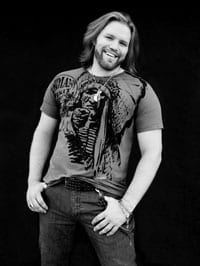 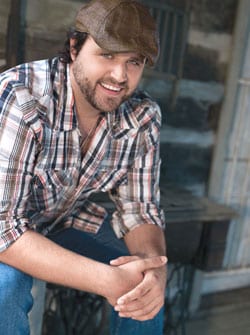 There will also be a silent auction with items from Trace Adkins, George Strait, Lee Ann Womack, race car driver Danica Patrick, The Tennessee Titans, Sugarland, and more. Advance tickets can be purchased online at http://online.ccfa.org or the day-of at Loser’s for a $10 donation. VIP tickets are available for a $50 donation and will include special seating area, drinks and appetizers. All proceeds benefit Crohn’s & Colitis Foundation of America, a non-profit, volunteer-driven organization dedicated to finding the cure for Crohn’s disease and ulcerative colitis. 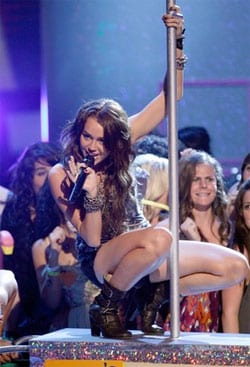 If she was trying to get attention, I guess it worked…

Miley Cyrus’ pole dance at the Teen Choice Awards (of all places) is being bashed by bloggers all over the Internet.

The LA Times blog has the headline “Miley goes too far (and too low),” followed by, “There are so many things wrong with this performance of ‘Party in the U.S.A.’ The too-short shorts, the exposed bra and, oh yeah, the stripper pole on the ice cream truck.”

These quotes may not phase the star, who won six surfboards that night, mainly for her work as “Hannah Montana.” She also won for best music single for “The Climb,” written locally by Jon Mabe and Jessi Alexander. Billy Ray Cyrus won an award for Choice TV Parental Unit. Other big winners were David Archuleta and all things Twilight related.

iLike has a $99 special to build an iPhone/iPod app for your band. It’s here for a limited time.

With the Tennessee Lottery offering Tennessee Titans branded lottery tickets…would country music  tickets be such a stretch? The football theme tickets, available Sept. 1, kick off the season offering prizes ranging from the chance to win Titans Club season tickets for 20 years, to $100,000 cash, to merchandise.

————————————
A new documentary focuses on Jimmy Page, Jack White and The Edge. It Might Get Loud tells each guitar hero’s story, explores the power of the electric guitar and shows them jamming together.

And if you prefer more sophisticated dance moves…Nashville Ballet will open sales of single night tickets on Sept. 7. Season highlights include the new Nashville based Nutcracker, American Originals with Hal Ketchum, and A Midsummer Night’s Dream. Tickets start at $23 at www.nashvilleballet.com. 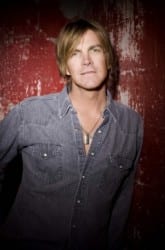 Jack Ingram will be featured on the Are You Smarter Than A 5th Grader game show for charity this week to support his new philanthropic partner Friends of TOMS, the non-profit partner of TOMS Shoes. He will also make his Tonight Show with Conan O’Brien debut on Fri., Aug. 14., where he will perform “Barefoot & Crazy,”  the lead single off his forthcoming Big Machine Records album Big Dreams & High Hopes, out Aug. 25.

“One in Every Crowd,” the hit Montgomery Gentry song co-written by Ira Dean, will be featured on Golden Tee Golf’s newest release, Golden Tee 2010. The popular video golf game can be found in bars across the US. A trailer for the game, featuring Ira Dean Band, can be found here.

A benefit for Mel McDaniel will be held today (8/13) at the Nashville Palace at 6 p.m. There will be over thirty entertainers, and more than 70 items available in a silent auction. $10 donation at the door. Additional donations: checks payable to Mel McDaniel; mail to Two Rivers Campground c/o Cathy Rust 2616 Music Valley Drive,  Nashville, TN 37214. 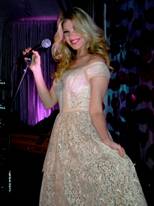 Capitol Records Nashville recording artist Emily West recently appeared on TNT network’s Wedding Day show. She sang the self-penned song “If I Get Married” for the featured couple’s first dance. Also coming, West will tape an episode of Are You Smarter Than A Fifth Grader with Jeff Foxworthy, and sing the national anthem at LP Field for the Tennessee Titans’ pre-season game against the Tampa Bay Buccaneers.

The Lost Trailers broke an attendance record Tuesday night at the Alpena County Fairgrounds in Alpena, Michigan, by packing over 5,000 country fans into the grandstands.  This stop was one of many during the band’s busy summer tour, which also includes shows with Tim McGraw and Montgomery Gentry, among others. 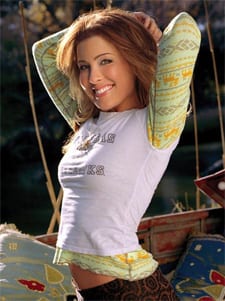 A fan petition addressed to Keith Urban and management firm Borman Entertainment is circulating the social network corridors, urging Urban to add Sarah Buxton to his Escape Together Tour.

“Being an opening act on the tour would be a great way for Sarah Buxton to gain more recognition as an artist,” the web page says simply. “It would also be a wonderful opportunity for Sarah to connect with her new and open-hearted fans.”

The site which currently (8/13; 12:15 CT) has 143 signatures was created by Kacey Molchan ([email protected]) on www.petitiononline.com. Molchan says she saw Buxton perform with Urban at a show in Phoenix, AZ when the singer filled in for Sugarland who were unable to appear.

We, the signers of this petition, would like you to take action in naming Sarah Buxton as one of the recurrent opening acts for Keith Urban on his Escape Together World Tour!

Can a viral petition change the course of country concert history? Let’s see.

Now there’s a video to go with the petition… 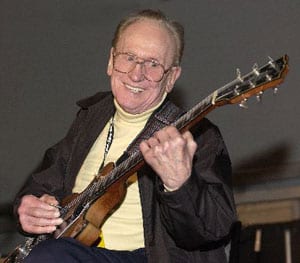 From Gibson Guitar: New York, NY…August 13, 2009…Les Paul, acclaimed guitar player, entertainer and inventor, passed away today from complications of severe pneumonia at White Plains Hospital in White Plain, New York, surrounded by family and loved ones. He had been receiving the best available treatment through this final battle and in keeping with his persona, he showed incredible strength, tenacity and courage. The family would like to express their heartfelt thanks for the thoughts and prayers from his dear friends and fans. Les Paul was 94.

One of the foremost influences on 20th century sound and responsible for the world’s most famous guitar, the Les Paul model, Les Paul’s prestigious career in music and invention spans from the 1930s to the present. Though he’s indisputably one of America’s most popular, influential, and accomplished electric guitarists, Les Paul is best known as an early innovator in the development of the solid body guitar. His groundbreaking design would become the template for Gibson’s best-selling electric, the Les Paul model, introduced in 1952. Today, countless musical legends still consider Paul’s iconic guitar unmatched in sound and prowess. Among Paul’s most enduring contributions are those in the technological realm, including ingenious developments in multi-track recording, guitar effects, and the mechanics of sound in general.

Keith Urban statement on Les Paul:
“I have a mix of emotions today. On one hand, I am deeply saddened at Les Paul’s passing, and on the other a feeling of incredible gratitude and awe for his unquantifiable contribution to the world of music. His name adorns so many of the creations that I communicate through every night out here on the road…He is also very present every time I set foot in the studio and am able to lay multiple tracks as I record, when I use echo, etc., the list of his inventions, in addition to his famous signature model Gibson, are extraordinary. I also feel that even in his nineties, the fact he was still playing every Monday night in New York is perhaps the most beautiful and inspiring achievement of all. As Vince Gill would say, “Go rest high on that mountain Les…cause son, your work on earth is done.”

Statement from the Rock and Roll Hall of Fame and Museum:
“Without Les Paul, we would not have rock and roll as we know it. His inventions created the infrastructure for the music and his playing style will ripple through generations. He was truly an architect of rock and roll.”–Terry Stewart, Pres. and CEO

“Les Paul was truly a unique human being. He was an artist who made his mark as a tremendously influential guitarist. He was also an inventor, the man responsible for the solid-body electric guitar and multi-track recording. Few people have accomplished as much as Les did in his legendary career. We will truly miss him.” —Jim Henke, vice president of exhibitions and curatorial affairs

Joe Satriani Statement:
“Les Paul set a standard for musicianship and innovation that remains unsurpassed,” said Joe Satriani.  “He was the original guitar hero, and the kindest of souls. Last October I joined him onstage at The Iridium club in NYC, and he was still shredding. He was and still is an inspiration to us all.” 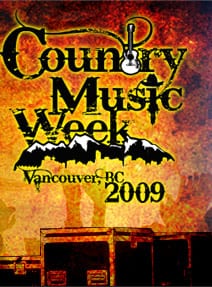 One of the week’s highlights will be the Keynote Address from Terry McBride, the CEO of Nettwerk Music, a Canadian record label that has proven to be quite innovative with its business models (and quite successful). Events during the week include the Songwriter’s Café, New Artist Showcase, Industry Brunch and Awards, FanFest, Educational Panels, Gala Dinner and Awards, Gospel Showcase, All Star Band Awards and Jam Session, Guitar Pull and Open Mic Night.  For more specific information on each of the Country Music Week events, visit: www.countrymusicvancouver.com/events.

Tickets for the CCMA Awards are available at all Ticketmaster locations, online at www.ticketmaster.ca, and by phone at 604.280.4444. Ticket prices range from $20 to $125 (plus applicable taxes and service charges).