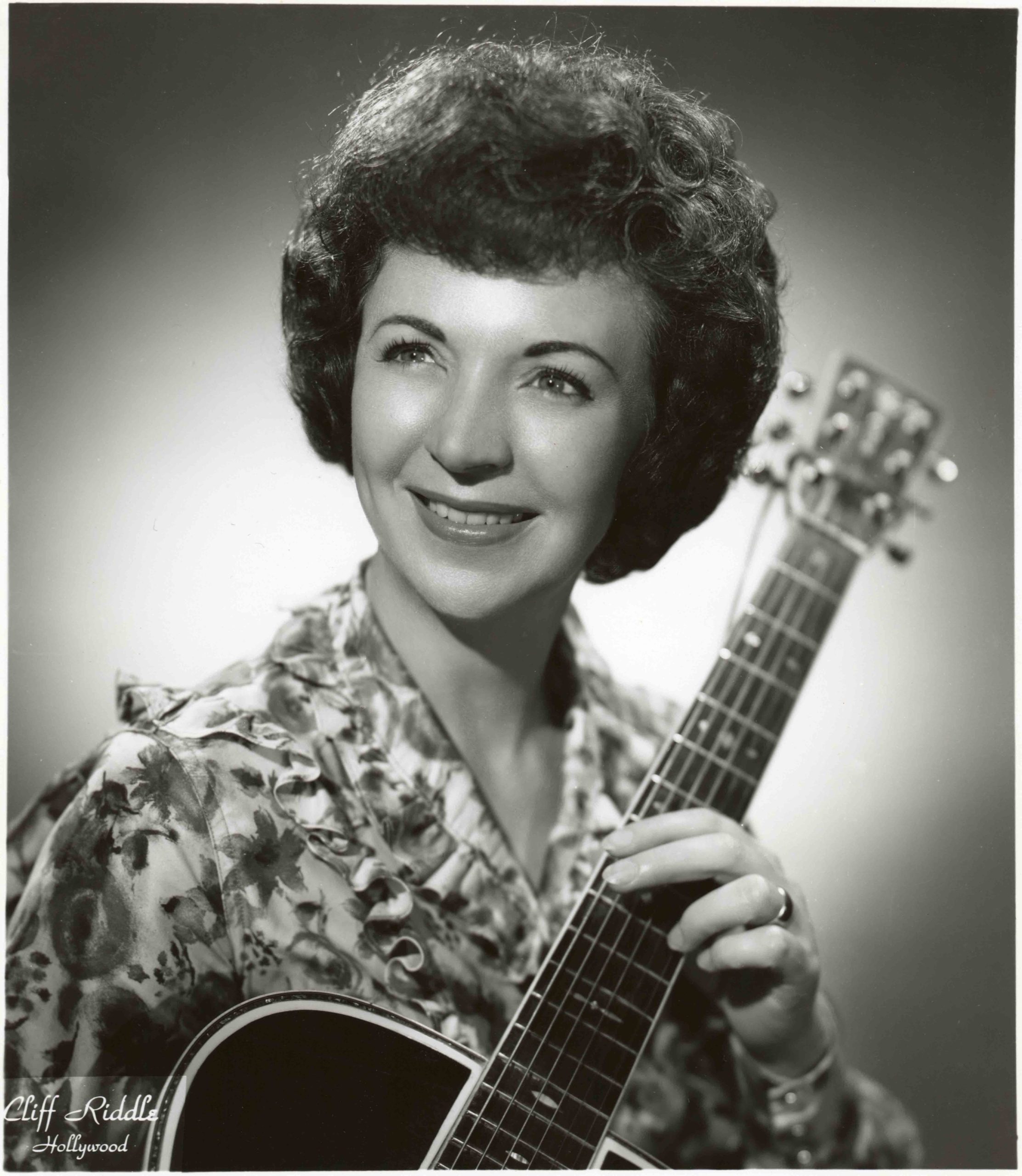 Singer, songwriter and guitarist Rose Lee Maphis, noted for country hits and TV appearances in the 1950s, passed away on Oct. 26. She was 98.

She rose to stardom in a duo with husband Joe Maphis (1921-1986). In 1953, they wrote and recorded “Dim Lights, Thick Smoke (and Loud, Loud Music),” which is now a honky-tonk standard. Generations of Nashville tourists knew her as the elderly greeter at the door of the Country Music Hall of Fame & Museum.

She was born Doris Schetrompf in Baltimore on Dec. 29, 1922. Billed as “Rose of the Mountains,” she had her own radio show at age 15 in Hagerstown, Maryland. The singer-guitarist then joined the “all-girl” country band The Saddle Sweethearts.

Using that same billing, she joined “The Old Dominion Barn Dance” in Richmond, Virginia as a duet with Mary Klick in 1948. The show aired locally on WRVA and nationally on the CBS radio network. Others in the cast included Flatt & Scruggs, Mother Maybelle & The Carter Sisters, Mac Wiseman, Wilma Lee & Stoney Cooper, Reno & Smiley Clyde Moody and Grandpa Jones.

The host of the show was Sunshine Sue (Workman), whose band included hotshot guitarist Joe Maphis. Joe and Rose Lee dated and fell in love at WRVA. 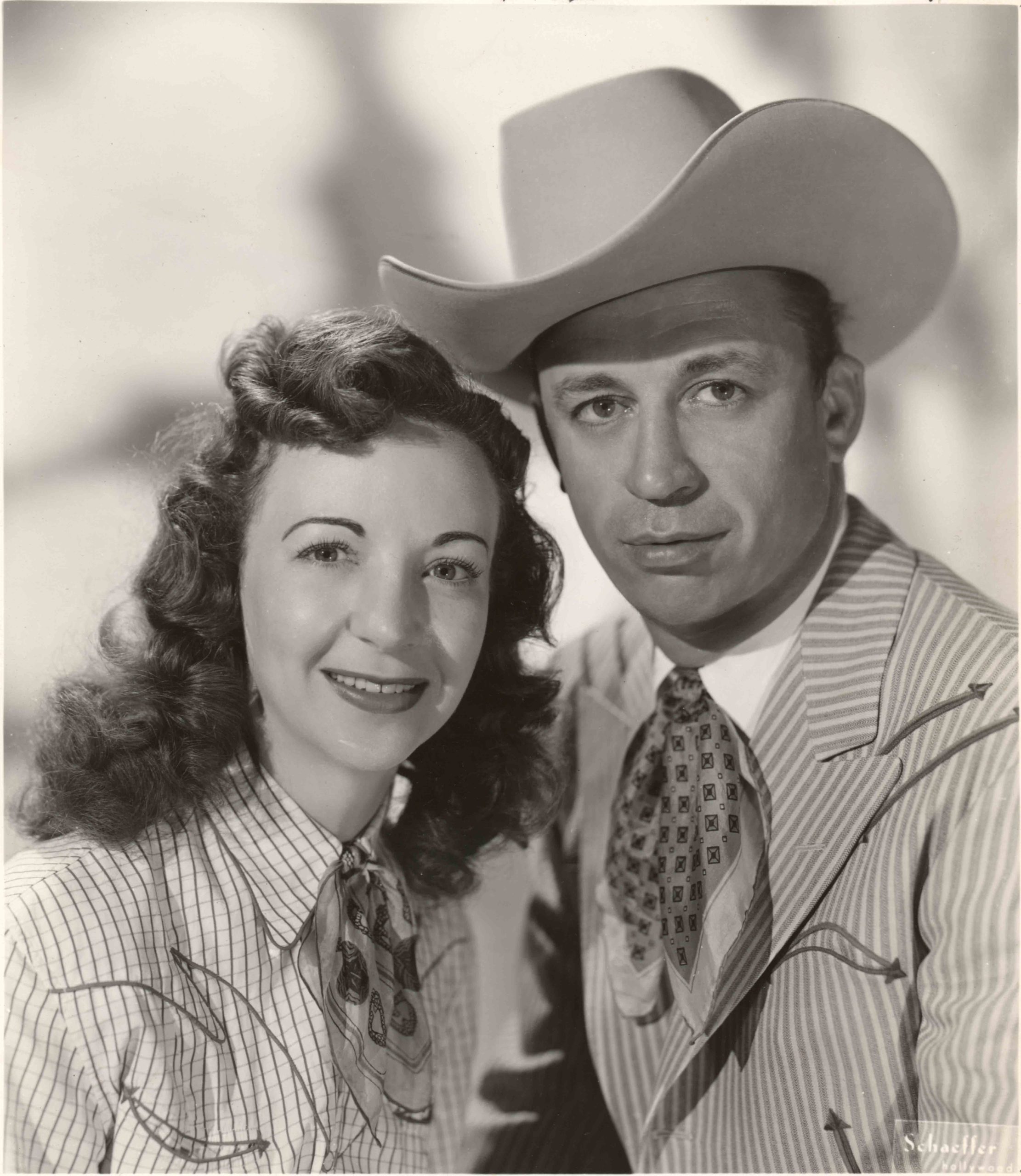 In 1951, he decided to relocate to California at the urging of fellow guitarist Merle Travis. She followed Joe to the West Coast, and they married in 1952.

Known as “The King of the Strings” and regarded as one of the greatest pickers in country-music history, Joe Maphis played on hundreds of recordings by both pop and country stars. In addition, he contributed to movie and TV soundtracks in Los Angeles.

With Rose as harmony singer and solid rhythm guitarist, the husband and wife duo also became top entertainers. Billed as “Mr. and Mrs. Country Music,” they rose to stardom on the Town Hall Party radio and TV series.

In addition to “Dim Lights, Thick Smoke,” the couple popularized such barroom laments as “Whiskey Is the Devil in Liquid Form” and “Where Honky-Tonk Angels Spread Their Wings.” They recorded a dozen albums together. On the West Coast, Rose Lee served as a mother figure and mentor to younger performers, notably fellow singers/instrumentalists Barbara Mandrell and Lorrie Collins.

Rose Lee Maphis issued her first, and only, solo LP on Columbia Records in 1960. But she increasingly devoted her time to raising the three Maphis children, Dale, Lorrie and Jody.

The family moved to Nashville in 1968 and resumed recording albums. Joe Maphis died of lung cancer in 1986. His guitar hero was Mother Maybelle Carter, so June Carter Cash arranged for him to be buried in the Cash family plot next to his idol. June and Johnny Cash have since joined him there.

Rose Lee was a talented seamstress, so she went to work in the costume department of the Opryland theme park following Joe’s death. In later years, she became a kindly greeter at the Hall of Fame, a volunteer job she enjoyed even into her ninth decade.