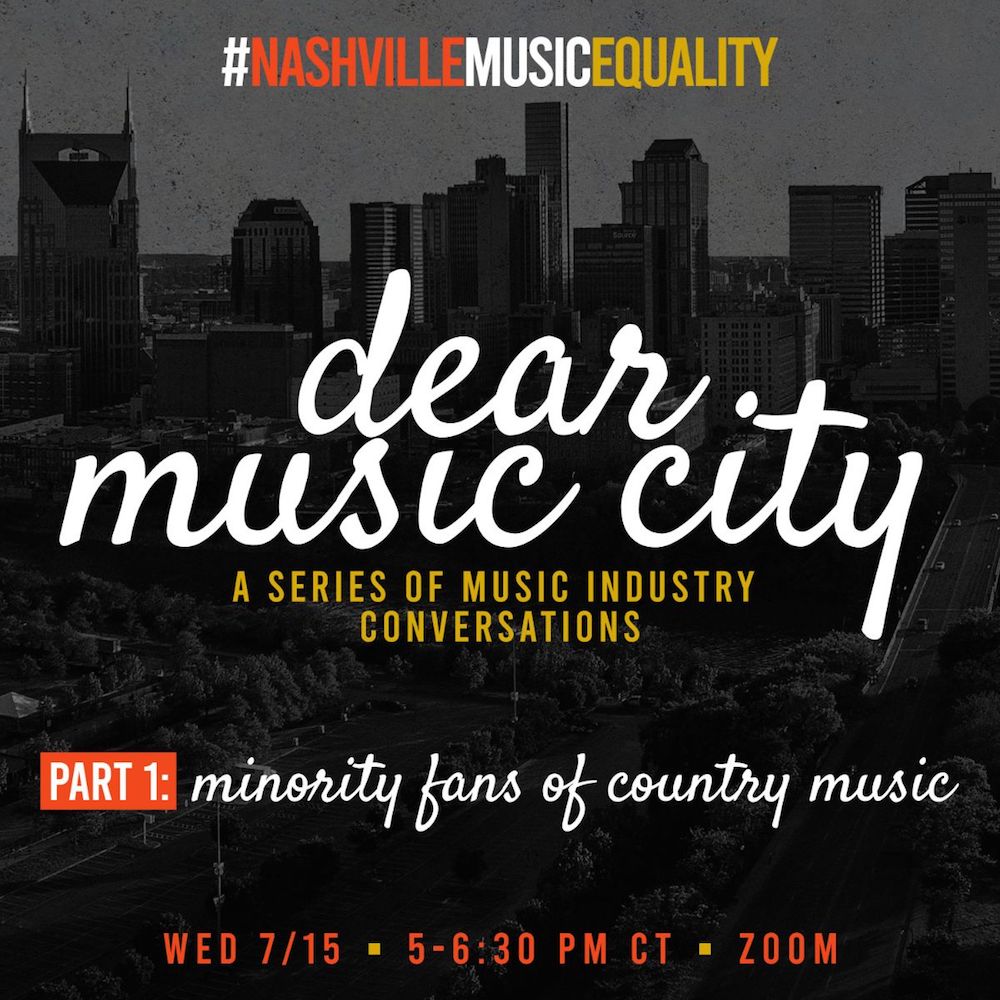 This follows the two extraordinary panel discussions, “A Conversation on Being African American in the Nashville Music Industry,” that were held beginning June 2 in the response to Blackout Tuesday (#TheShowMustBePaused).The first webinar of “Dear Music City…,” will be held on July 15, 2020 at 5 p.m. CST. Moderators will include Grammy-Award Winning Producer and 102.1 THE VILLE Founder and Program Director Shannon Sanders, and CMT’s Senior Vice President of Music Strategy Leslie Fram.

“Part 1: Minority Fans of Country Music” will discuss topics including unwelcoming and racist acts fans have experienced from other country fans, including their concerns for their personal safety while attending music concerts. They will explore their opinions on whether the industry is turning a blind eye to the effects of racism on their fans of color, as well as the images and messages the genre projects to the world and its tradition of excluding African American creators and employees. In addition to that, the series will also include candid letters written by those in the country music industry in which they share their thoughts on racism in Nashville and the country music industry.