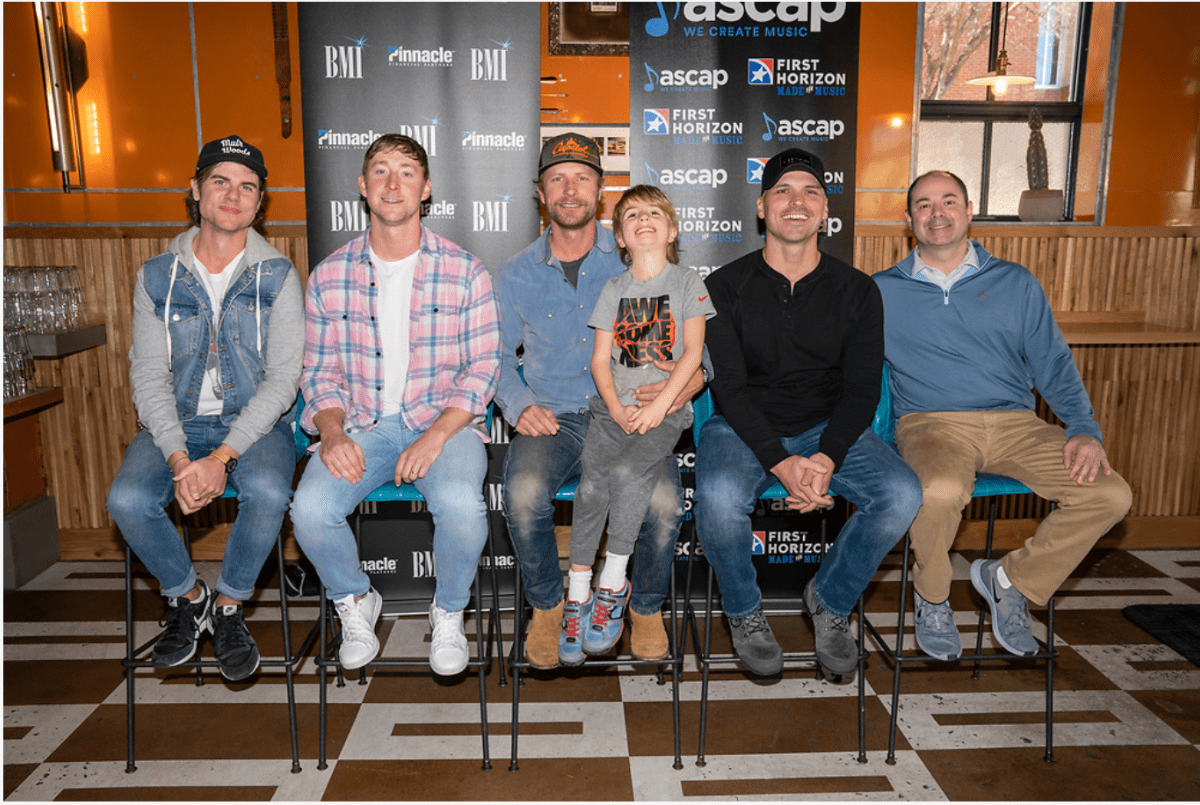 Gorley recently celebrated his 7th ASCAP Country Songwriter of the Year honor; “Living” is Gorley’s 43rd No. 1 hit (he now has 45 No. 1 songs total). “Living” marks Nite’s 12th No. 1 single.

“These are three of my best friends in the world and to be able to do music with them is the best thing,” Copperman said.

“I’m thankful to Dierks for being an artist who cares about the album, about the project. He had a vision for this and to take us to Telluride to work on this album. It was just an amazing thing to do that. As a writer, that’s what motivates us is working with guys that have something to say and I couldn’t be happier. Great sounding record and I’m very proud to be part of this song,” said Gorley.

“This is unbelievable for us, to write a song that we love and live everyday, it’s crazy for you to make it a hit. I had so much fun doing this with you guys, it was the trip of a lifetime,” Nite added.

“This is it. This is the end of The Mountain. It was a journey that started during a trip to Colorado with incredible songwriters where we unplugged for days and just had so much fun,” Bentley said. “To have three songs off this album go No. 1 that are so meaningful to me is something special. If I were to do a writer’s night tomorrow I would play all three of those songs…these songs guided me to where my life is now.”