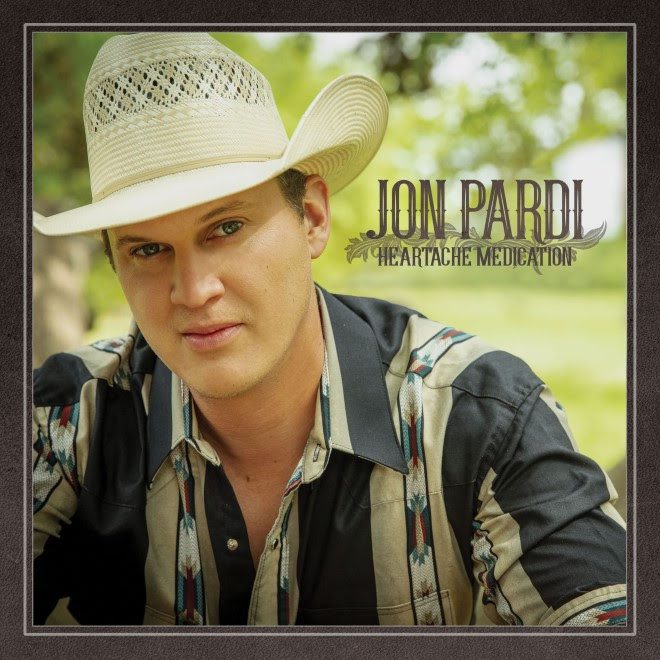 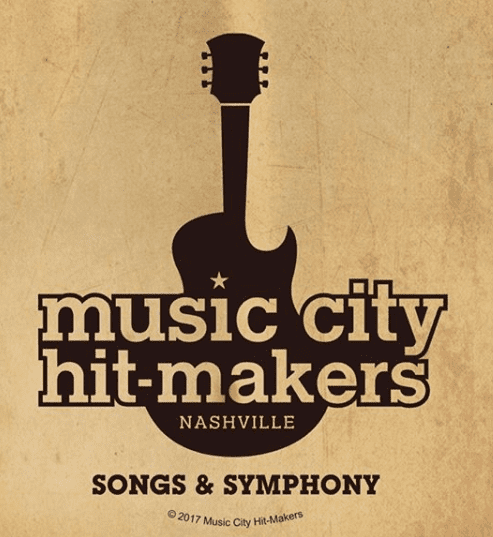 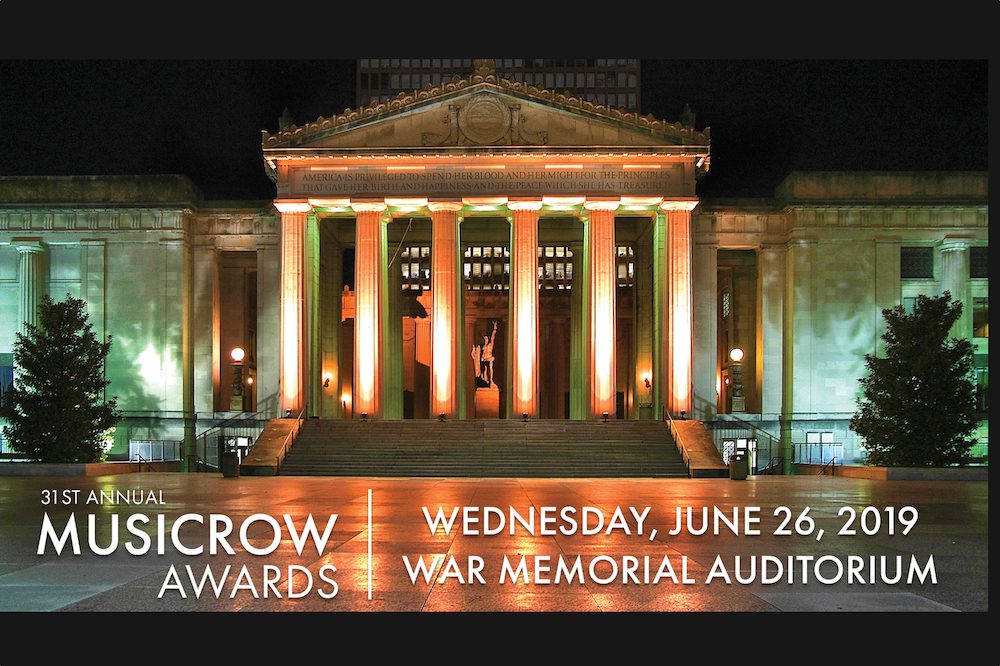 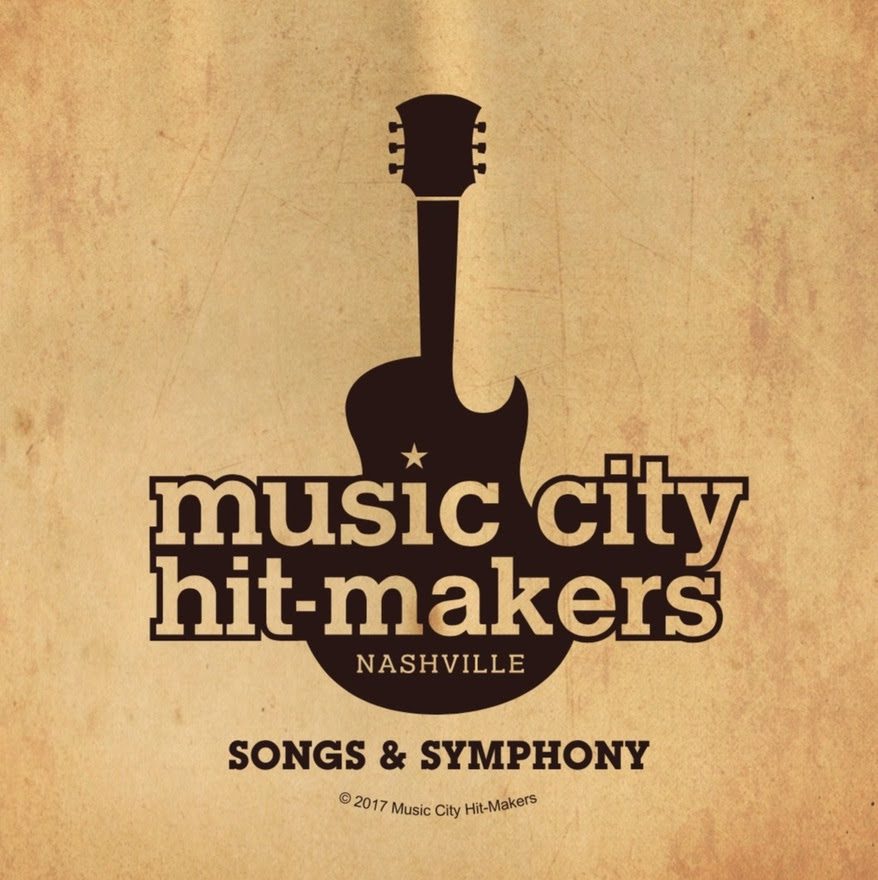 To celebrate the release of Songs & Symphony, MCHM’s Chris DeStefano, Rivers Rutherford and Marcus Hummon will be performing an EP release show on June 4 at City Winery in Nashville.

MCHM, often referred to as “the most famous people you’ve never heard of,” features Nashville’s biggest writers performing their hits as arranged for a symphony by award-winning studio musician and arranger Charlie Judge.

“Nashville is the epicenter of great songwriting, so the top songwriters in Nashville really are the best in the business,” says Judge. “It is my incredibly good fortune to have the opportunity to work with these talented writers, both as a keyboardist in the studio recording their hits, and as an arranger re-casting their songs for orchestra.” 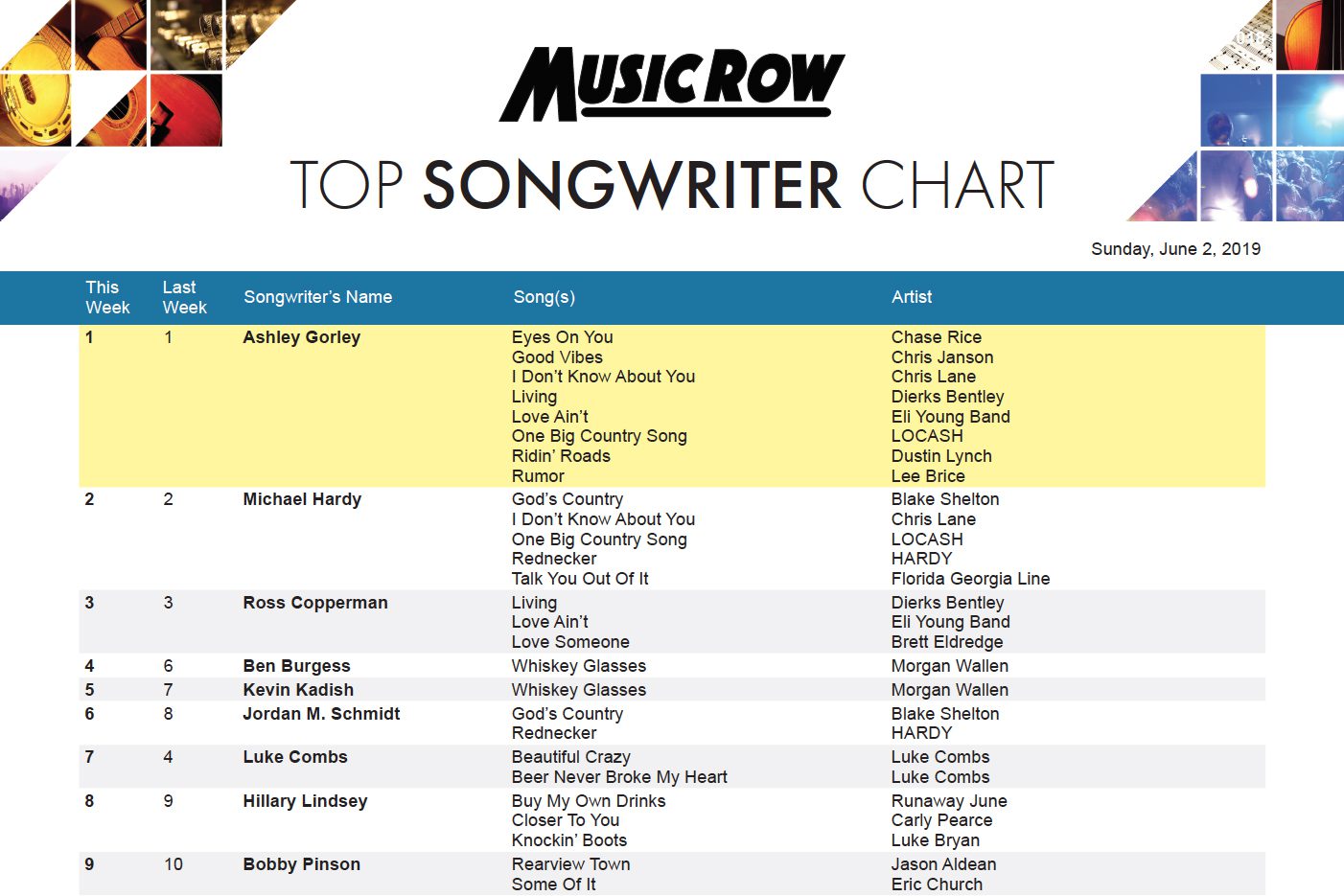 Ashley Gorley reigns for the tenth consecutive week at the top of the MusicRow Top Songwriter Chart.

Michael Hardy comes in at No. 2 again this week. The MusicRow Award Breakthrough Artist-Writer nominee lives up to the nomination, with five titles supporting him this week, including: Blake Shelton’s “God’s Country,” Chris Lane’s “I Don’t Know About You,” LOCASH’s “One Big Country Song,” Florida Georgia Line’s “Talk You Out Of It,” and his own “Rednecker.”

Ross Copperman remains at No. 3 this week, while “Whiskey Glasses” co-writers Ben Burgess and Kevin Kadish move into the Top Five this week, at No. 4 and No. 5, from the momentum of the Morgan Wallen-recorded hit.

The weekly MusicRow Top Songwriter Chart, published every week, uses algorithms based upon song activity according to airplay, digital downloaded track sales and streams. This unique and exclusive addition to the MusicRow portfolio is the only songwriter chart of its kind. 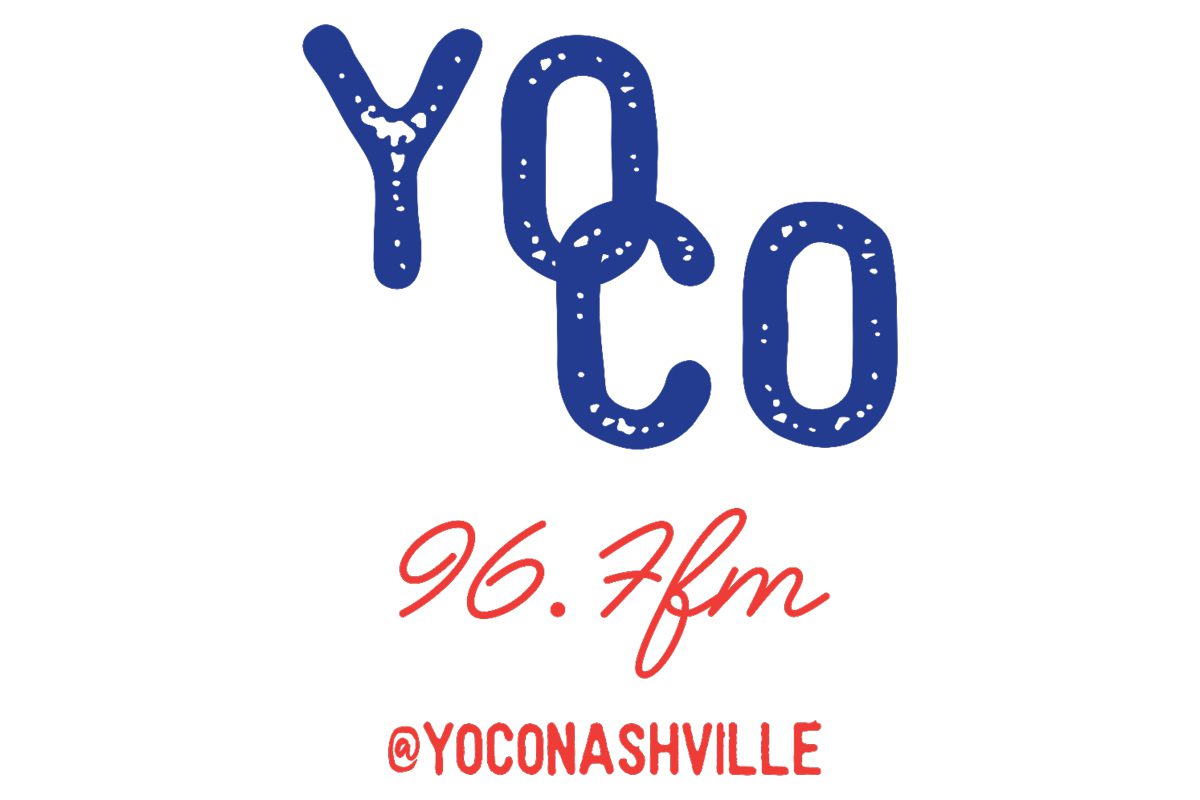 Producer Polow Da Don (real name Jamal Jones), who has worked with Nicki Minaj and Fergie, is best-known in Nashville circles for his early work with hitmaker Kane Brown. Now, Polow is set to launch a new Nashville radio station, “Young Country” on WYCZ (96.7 FM). The station, which launches June 6, will focus on a genre-free range of country-influenced sounds.

“I’m trying to create a platform where artists can do their own thing,” Polow says. “We want the kids to take it over and tell us what’s cool. They’ll be able to dictate what’s hot and I’ll be something of a curator. It’s a station to provide an outlet for all the artists who feel they don’t have a voice in country music. There’s always been a melting pot for music and country has been a little late to the party,” he says. “The music exists. I just feel like nobody else is taking the initiative to create a world that embraces this music.”

The station will be operated by Polow, along with Mia Welsh-Khabeer and Jeff Haddad. On-air talent and other team members will be announced at a later date. Polow will operate both from Nashville and from Atlanta, where his Zone 4 label is based. He will continue producing and writing songs for new artists.

The station’s first two months on-air will be commercial-free, and powered by cryptocurrency Litecoin; Young Country will accept Litecoin as a form of payment for merchandise and events.

“It’s natural for any creative person to look at things happening in the world and envision something different,” he says. “A lot of times, it takes someone from the outside to make the biggest mark on an industry. The idea of Young Country had to come from somebody like me who’s not trapped by the thought of how things have been done in the past.”

Jones previously produced and represented Brown, before he was signed to Sony Music Nashville. According to The Tennessean,  Jones and Zone 4 filed a breach of contract suit in federal court in February, claiming when Brown inked his Sony deal, he violated a deal they made in 2015; Brown’s attorneys put forth a counterclaim in March, saying the 2015 deal was fraudulent.

Polow’s PR confirms that Brown’s music will indeed be among the tracks played on Young Country.

Update [4:59 p.m.]: A representative for Brown released the following statement regarding the ongoing legal proceedings:

“While we can’t at this time comment further due to the ongoing legal proceedings, the earlier press reports today regarding statements made by Polow and his team regarding the ongoing lawsuit and countersuit with Kane Brown are not accurate. The suit is still ongoing, and it is misleading to state otherwise.” 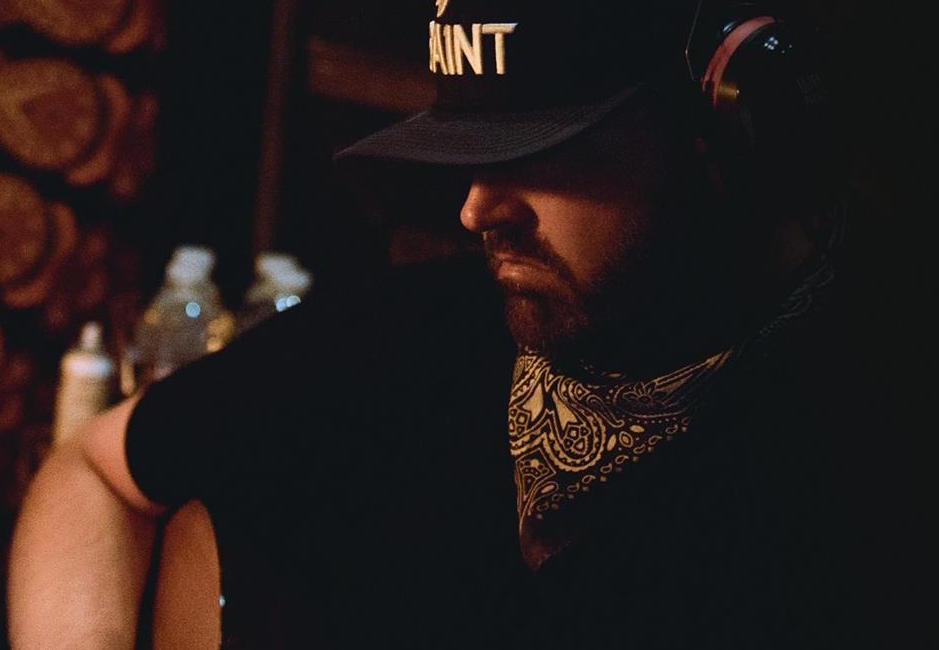 Randy Houser will visit theaters across the country later this year on his headlining Magnolia Tour. Paul Cauthen will join him as special guest for the tour, which kicks off Oct. 24 in Dallas and embodies the spirit of Houser’s new single, “No Stone Unturned.”

“My true passion is being out on the road, playing music,” said Houser. “That’s kind of what ‘No Stone Unturned’ is all about— I’ve always fancied myself a little bit of a traveling man so I’m looking forward to getting back out there and doing what I love.”

Tickets for the Magnolia Tour will go on sale June 7. Pre-sale for Randy’s fan club, The House Band, will be available June 5-6. Fans can sign up for The House Band and purchase tickets at RandyHouser.com. Additional dates will be announced at a later date. 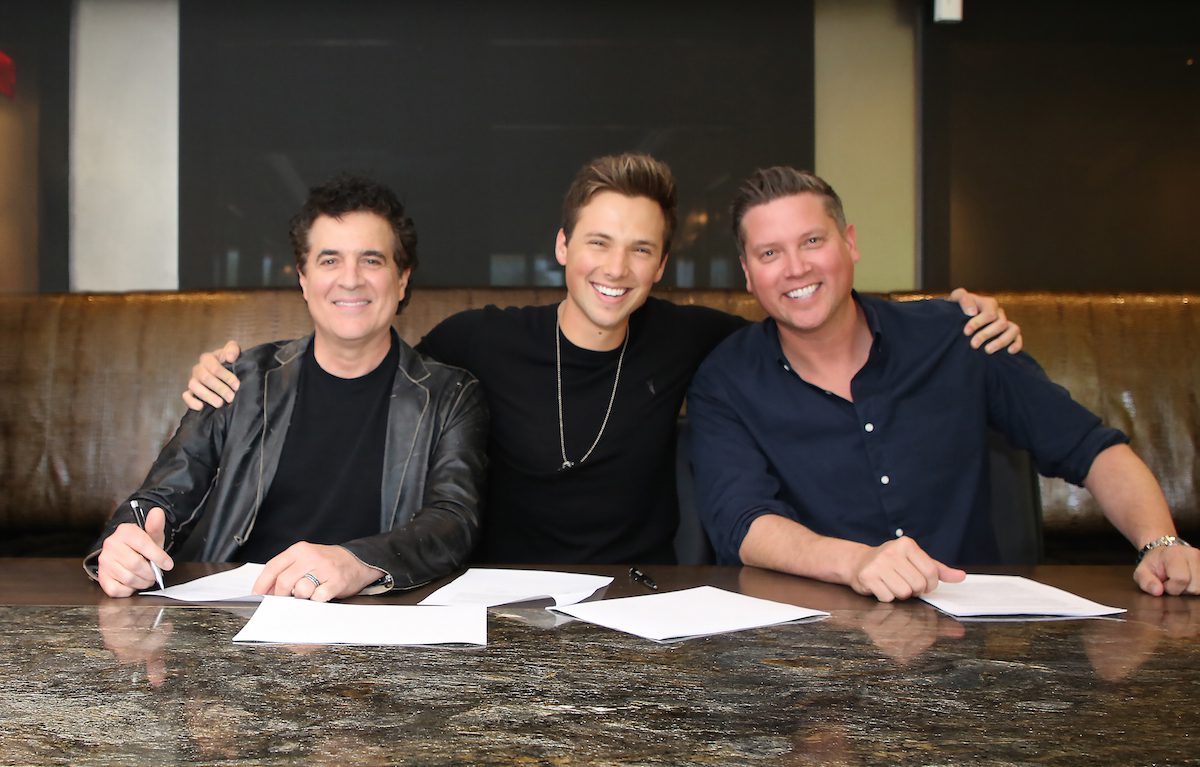 “Being a part of a team that believes in my music and vision like Scott and the Big Machine Records family does is an artist’s dream,” shares Schnacky. “This is the beginning of an incredible story and I’m extremely excited to see it unfold.”

“Noah brings a wealth of great songs, huge streaming numbers, incredible social engagement and a great work ethic to Big Machine” says BMLG President/CEO Scott Borchetta. “So proud to have him on board…it…begins…NOW!”

Bloomberg is reporting Apple plans to update the app its users access music, effectively “ending” iTunes. Users will access music through a “Music app,” as the company is said to be expanding aggressively beyond hardware.

“iTunes has been the way Apple users listen to music, watch movies and TV shows, hear podcasts, and manage their devices for almost two decades,” says the outlet’s Mark Gurman. “The company is launching a trio of new apps for the Mac – Music, TV, and Podcasts – to replace iTunes. That matches Apple’s media app strategy on iPhones and iPads. Without iTunes, customers can manage their Apple gadgets through the Music app.”

The report, which has been rumored for years, comes ahead of Apple Inc.’s Worldwide Developers Conference, which begins at noon CT Monday (June 3) with Chief Executive Officer Tim Cook and other leaders revealing such updates in San Jose, California.

Rolling Stone similarly notes, “Users can expect the new Music app to offer some of the same functionalities that iTunes currently does — such as purchasing songs and syncing phones — just with a sleeker interface that’s free of the outdated and oft-bemoaned features of the heritage product, and more closely bundled with streaming service Apple Music.

“But the scrapping of iTunes’ brand symbolizes a lot, too,” continued the outlet’s Amy X. Wang. “By portioning out its music, television and podcast offerings into three separate platforms, Apple will pointedly draw attention to itself as a multifaceted entertainment services provider, no longer as a hardware company that happens to sell entertainment through one of its many apps. That’s crucial for Apple’s future, as the company combats sluggish phone sales with aggressive growth in its services division. At WWDC this year, according to various reports, Apple is planning to buff up other apps including Books, Messages and Mail; it also announced ambitious plans for original video programming.” 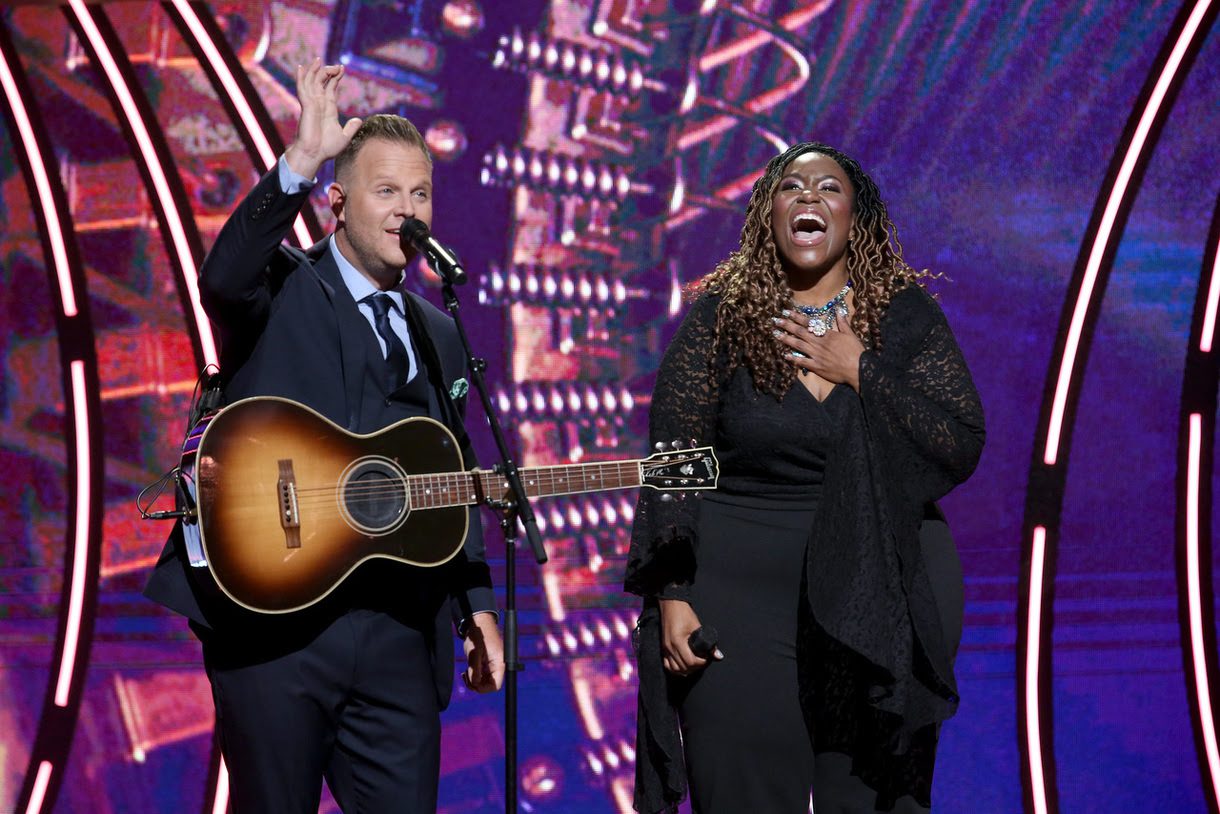 Other winners during the evening included Danny Gokey for Male Artist of the Year, Hillsong Worship for Worship Song of the Year (“Who You Say I Am”) and We Are Messengers for Breakout Single of the Year (“Maybe It’s Ok”). Centering around the awards’ mission to also recognize mission-driven people and projects outside of the music community, the movie Unplanned was named the Film Impact Winner. Pro Football Hall of Famer and recent NASCAR Hall of Fame Inductee Joe Gibbs was honored with the Sports Impact Award, while Kathie Lee Gifford with Rabbi Jason Sobel garnered the Book Impact Award for The Rock, the Road, and the Rabbi: My Journey into the Heart of Scriptural Faith and the Land Where It All Began. 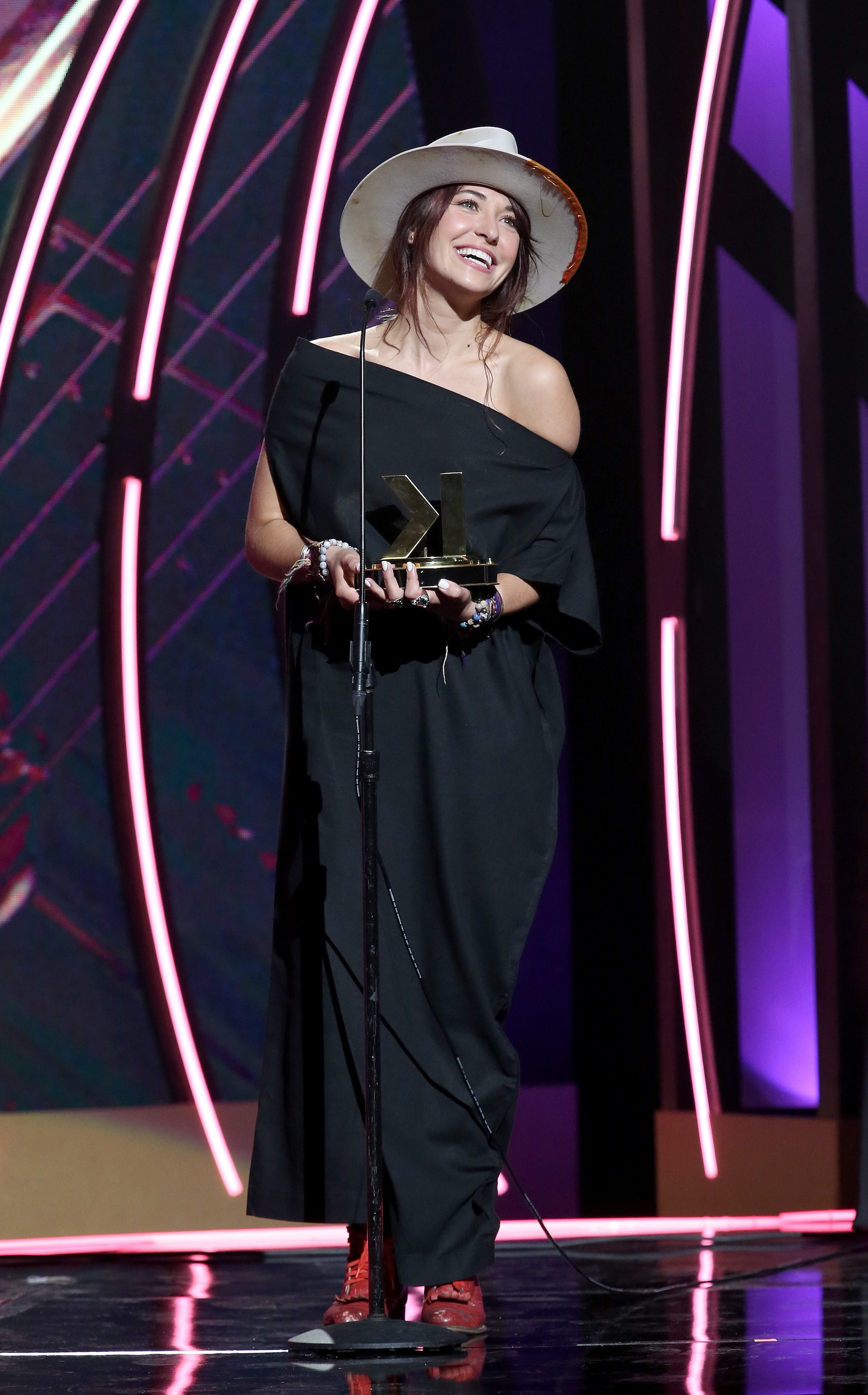 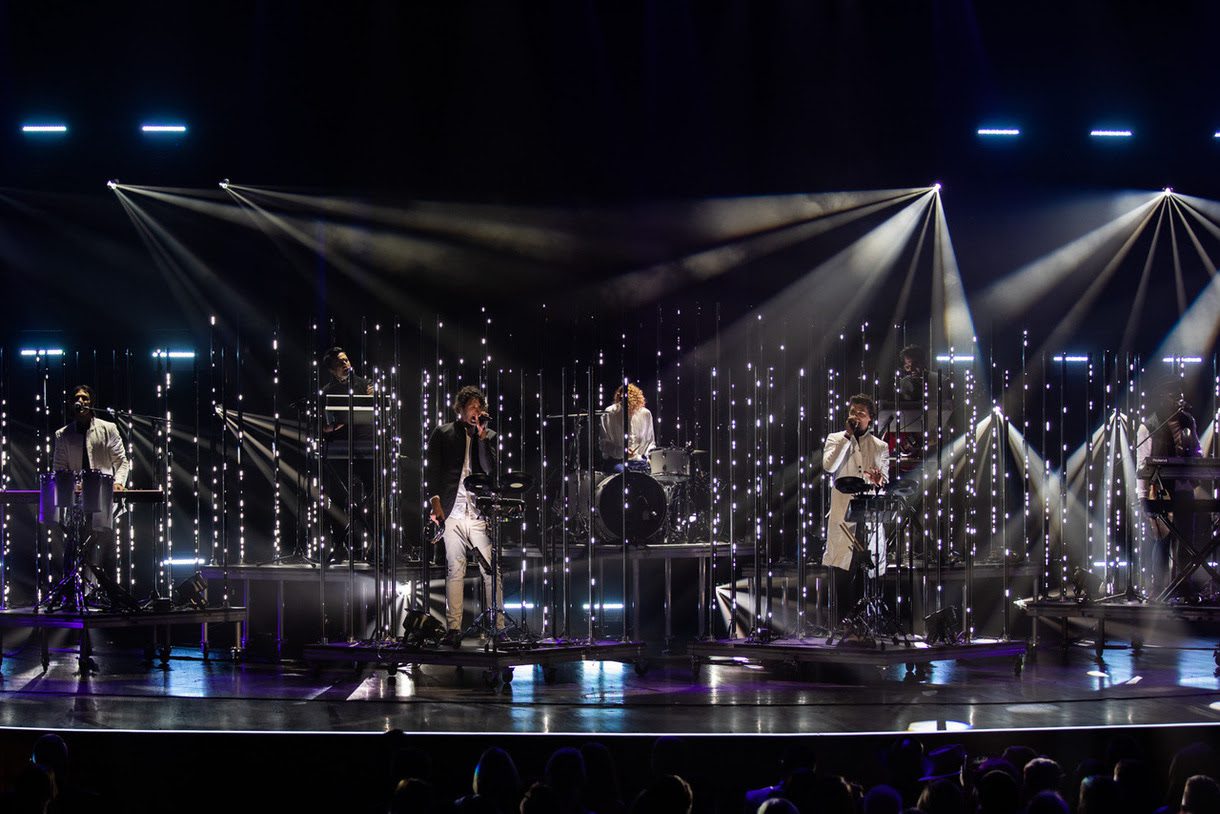 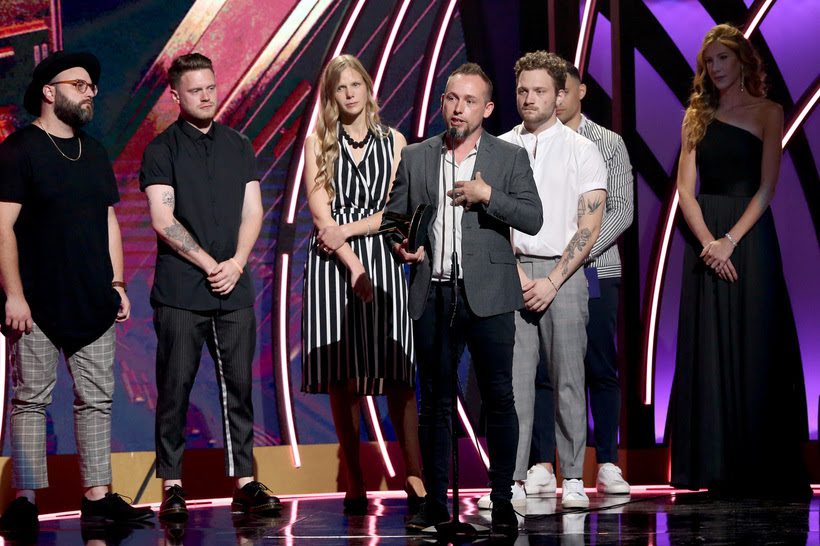 We Are Messengers. Photo: Getty Images for K-LOVE Fan Awards