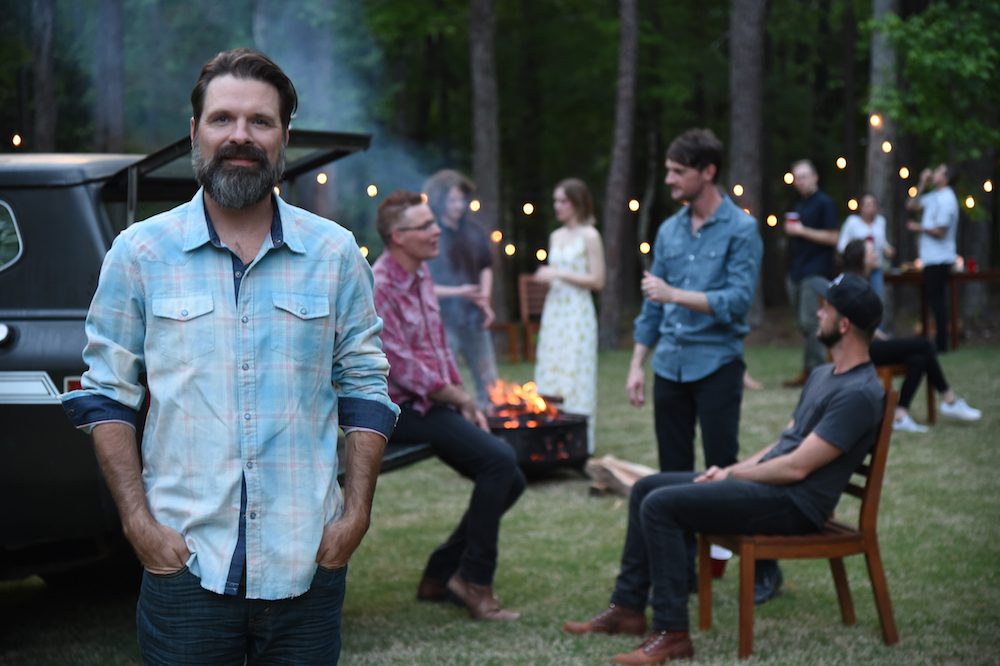 Mac Powell and The Family Reunion will release their debut album Back Again on July 26 via Thirty Tigers. The band, led by former lead singer of the top-selling group Third Day, is steeped in southern roots and American rock music.
“Like most people, I grew up listening to my Mom and Dad’s record collection,” Powell says. “There was singer-songwriter stuff, some country and southern rock. I always liked artists like Creedence Clearwater Revival, James Taylor, The Eagles, or even the Stones, who weren’t country per se, but who sometimes leaned more towards that sound. That’s what was stirring my mind and my spirit.”
The band formed following Third Day’s final shows in 2018, and includes musicians who have performed with Powell in support of his previous solo projects. Back Again was recorded in Atlanta with producer/musical director Jason Hoard. In addition to his work with Third Day, Powell released a solo self-titled project in 2012 and followed it with 2014’s Southpaw.
Back Again Track List:
01) Back Again
02) Flood Waters
03) Whoo! (feat. Craig Morgan)
04) Watermelon Rind
05) Red On A Rose
06) I’m Beginning To Wonder
07) Going To California
08) I Could Get Used To This
09) Tiptoein’
10) Heaven
11) What I Came Here For
12) Mess of Me
13) Settlin’ Down
14) Sittin’ Here Talkin’ With You
15) Mississippi