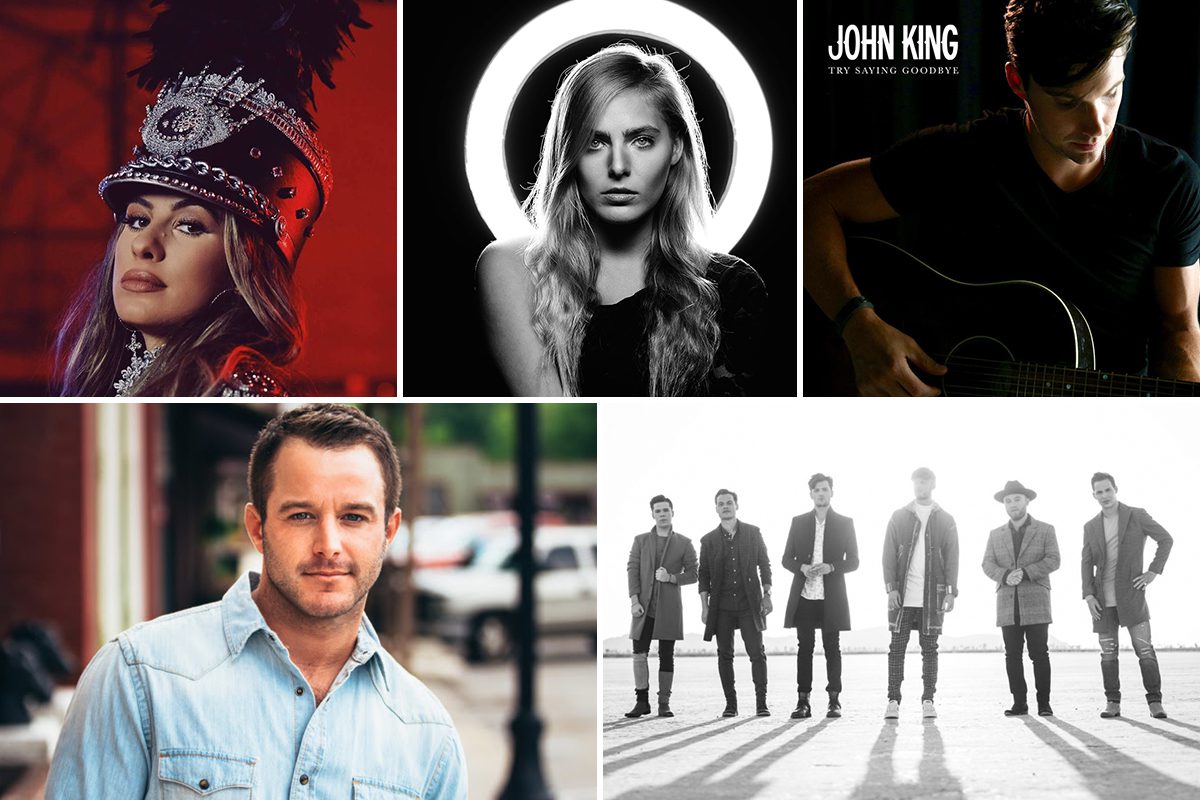 Several artists are rolling out new music out Friday (Jan. 25). Kassi Ashton has released the new song “Violins.” Produced by Luke Dick and Luke Laird, the empowering anthem is available now on all digital streaming platforms, and includes an accompanying lyric video. “We (Natalie Hemby, Luke Dick and I) were sitting in Luke’s studio one morning. We got on the subject of my exes and how all of them had been unfaithful to me,” Kassi said. “We were discussing the steps of getting over it and how they usually all come running back, whining, begging for a second chance. That’s when I rolled my eyes, raised two fingers to my ear and mimicked what my dad used to call ‘the world’s smallest violin’ to accompany their take-me-back tears. I started joking, saying that for most, I didn’t even care to serenade their second chance efforts. I didn’t have time for that because I have better shit to do. It was Natalie’s idea to call it ‘Violins’ and Luke brought the funk. I just had to bring the attitude and experience.”

Lauren Jenkins has released the new track “Running Out of Road.” The song is the latest from her debut album No Saint, due out March 15 via Big Machine Records. She has previously released acoustic videos including “No Saint”, “Give Up The Ghost” and “Maker’s Mark & You” and each compliments the First Look Video teasing the full concept for an upcoming short film of the same name Jenkins created and stars in that sets her music and passion for storytelling against the backdrop of the American West.

John King is also releasing his latest single “Try Saying Goodbye” today via all digital outlets.  The mid-tempo single penned by King, Paul DiGiovanni and Jamie Paulin explores the universal difficulties of negotiating relationships and hits close to home for King, who’s been with his high school sweetheart since he was 15 and understands the importance of shallowing your pride for the sake of relationships. “This is hands down one of my favorite songs I’ve ever written,” says King.  “Looking back, there were so many times I almost let my pride get in the way of what was really important.  When we wrote this song, I tried to imagine what it would have been like if I would have said goodbye in tense situations.  I would have missed out on so many blessings in my life.”

Easton Corbin debuts his new single “Somebody’s Gotta Be Country” today across all digital platforms. In tandem People.com world premiered the video for the song this morning. “Somebody’s Gotta Be Country” was penned by Ashley Gorley, Dallas Davidson and Rhett Akins. On Tuesday, Corbin world premiered the song live on Sirius XM’s The Highway with Storme Warren before hitting The Stage on lower Broadway in Nashville later that evening to perform for a standing-room-only crowd of fans, industry and media.

Six-piece band King Calaway releases their debut self-titled EP today. Featured on the EP is King Calaway’s debut single “World For Two,” a track that shows the group’s sonic range by mixing groove, grit and rootsy stomp. The song’s music video premiered on People.com this morning.  “We are over the moon to finally have these new songs out for people to listen to. As a group, all we want is to make a positive influence with our music, and we hope everyone who listens to the record hears that,” says KC’s Simon Dumas. “After months of making this EP the best it could be, we’re thrilled to finally release it.”